US 'may weigh baby steps to revive Iran nuclear deal' 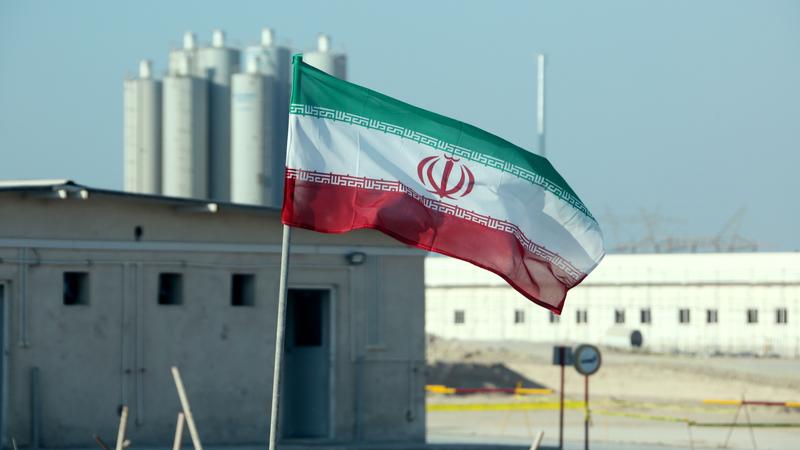 WASHINGTON/PARIS - The United States is weighing a wide array of ideas on how to revive the Iranian nuclear deal, including an option where both sides would take small steps short of full compliance to buy time, said three sources familiar with the matter.

Such a modest approach could slow the deterioration in relations since former US President Donald Trump abandoned the deal in 2018 and freeze Iran’s subsequent violations, which have brought it closer to enriching weapons-grade uranium.

This option could entail Washington allowing Tehran to get economic benefits less valuable than the sanctions relief it received under the 2015 deal in return for Iran stopping, or perhaps reversing, its own breaches of the agreement.

A central problem in reviving the deal is who goes first. Iran has insisted the United States ease sanctions before it resumes compliance; Washington wants the reverse

ALSO READ: Biden says US not to lift sanctions on Iran first

The sources stressed US President Joe Biden has yet to decide his policy. His stated position remains that Iran resume full compliance with the pact before the United States will.

“(They) are having a real think,” said one source familiar with the US review, saying ideas under consideration include a straight return to the 2015 nuclear deal and what he called “less for less” as an interim step.

Another source said if the Biden administration concluded it would take too long to negotiate a full return to the deal, it could adopt a more modest approach.

“Should (they) at least try to give Iran some sanctions relief and get Iran to agree to pause and maybe roll back some of its nuclear (steps)?” said this source.

The deal between Iran and six major powers limited Iran’s uranium enrichment activity to make it harder for Tehran to develop nuclear arms - an ambition Iran has long denied having - in return for the easing of US and other sanctions.

When Trump left the deal in 2018, faulting it for failing to curb Tehran’s ballistic missile program and backing for regional proxies, he reimposed crippling sanctions on Iran’s economy.

In response, Tehran has breached the deal’s key limits, enriching uranium to 20% - above a 3.67% cap but below the 90 percent needed for weapons - expanding its stockpile of low-enriched uranium, and using advanced centrifuges for enrichment.

A central problem in reviving the deal is who goes first. Iran has insisted the United States ease sanctions before it resumes compliance; Washington wants the reverse.

In what may be posturing by both sides, Iran’s Supreme Leader Ayatollah Ali Khamenei on Sunday said Tehran’s “final and irreversible” decision was to return to compliance only if Washington lifts sanctions, while Biden said he would not lift sanctions just to get Iran back to the table.

Republicans are likely to criticize the Democrat Biden if he offers Iran any sanctions relief without their full return to the agreement, arguing this would squander leverage that Trump built up with the scores of sanctions imposed since 2018.

“The Biden admin has to recognize the realities of 2021, not 2015. That means no upfront sanctions relief for a regime that’s only expanded its dangerous behavior,” Trump’s former UN ambassador Nikki Haley wrote on Twitter on Sunday.

Washington could find other ways to ease Iran’s economic pain, smoothing the way for the International Monetary Fund to lend to Tehran, making it easier for humanitarian goods to get through, or embracing a European idea for a credit facility.

A Western diplomat said an IMF loan “definitely could be in play” and described the possibility of a European credit facility for Iran, which would require the tacit acceptance of the United States, as “sensible and feasible.”

The White House declined comment beyond spokeswoman Jen Psaki’s statement that if Tehran resumed compliance, Washington would do so and that “the ball’s in Iran’s court.”

A State Department spokeswoman, speaking on condition of anonymity, said the Biden administration was still consulting Congress as well as allies and partners.

“We are exploring a range of ideas consistent with our stated policy of being willing to return into compliance with the deal if Iran is,” she said, without elaborating.

It was unclear how soon the Biden administration may settle on its approach.

One deadline is Feb 21, when an Iranian law obliges Tehran to end the sweeping inspection powers given to the UN nuclear watchdog by the 2015 deal and limiting inspections to declared nuclear sites only.

Three European diplomats said even the window for an interim solution could close rapidly before Iran’s June presidential election, which anti-US security hawks are expected to win.

“It’s an urgent situation. If we can’t take advantage of the window now, it’s very hard to think that we will be able to engage in substantial negotiations before the autumn,” said one. “The current (nuclear) trajectory could close a lot of doors.”