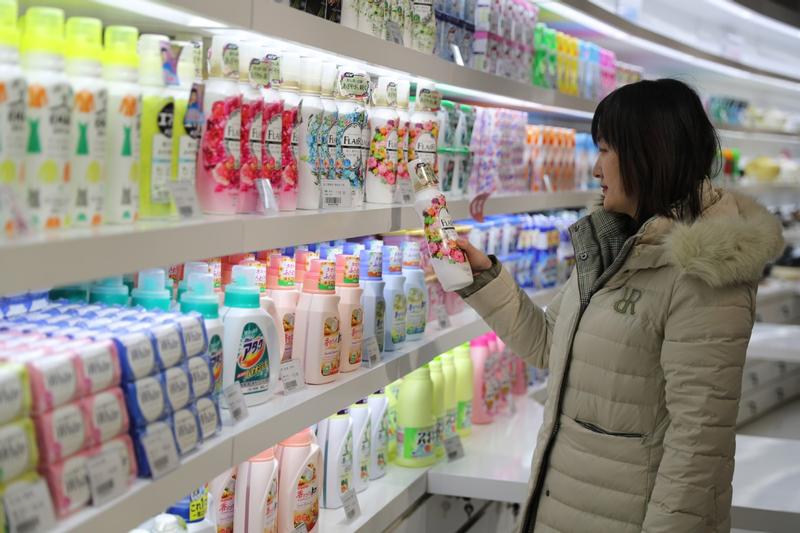 In addition to helping each other fight the pandemic, China and South Korea are expected to improve exchanges and trade that will bring a sound economic recovery.

"Economies of both countries will rebound from the negative shock of COVID-19," said Kim Si-joong, a professor at the Graduate School of International Studies at Sogang University in South Korea.

"Trade and economic relations between the two countries began to show mild recovery in the second half of last year, and I expect this trend to continue in 2021."

A report issued by the Federation of Korean Industries in December forecast that bilateral trade and economic relations would accelerate, with South Korea's exports to China predicted to grow 8.1 percent this year

China's President Xi Jinping and his counterpart Moon Jae-in jointly announced, after a phone conversation on Jan 26, the launch of the Year of Cultural Exchanges between the two countries.

The countries should accelerate the completion of the second-phase negotiations on the free-trade agreement the two countries signed in 2015, Xi said.

South Korea was China's fifth-biggest trading partner last year after the Association of Southeast Asian Nations, the European Union, the United States and Japan. The value of trade between the two countries rose to 1.97 trillion yuan (US$305 billion) last year, 0.7 percent more than in 2019 despite the pandemic, according to China's General Administration of Customs.

"China is South Korea's biggest trading partner, both in terms of exports and imports," said An Yuhua, a professor with Sungkyunkwan University in South Korea.

This would remain unchanged this year, she said.

Referring to the Regional Comprehensive Economic Partnership agreement, or RCEP, signed in November, she said the trade accord will help form a supply chain that is Asia-centric in the global supply chain, and thus requires collaboration between China, South Korea and Japan.

Sogang University's Kim said that while he expects the regional pact to facilitate progress in negotiating a trilateral free-trade agreement, the direct effects of the RCEP on trade between ROK and China "will be limited at least in 2021".

One of the reasons is that the agreement will only be effective when ratification is completed by a sufficient number of countries around the end of this year.

The RCEP, the South Korea-China FTA, and the envisioned South Korea-China-Japan FTA are "an opportunity for China to exercise regional leadership", said Lee Seong-hyon, director of the Center for Chinese Studies at the Sejong Institute, a think tank in Seoul.

A report issued by the Federation of Korean Industries in December forecast that bilateral trade and economic relations would accelerate, with South Korea's exports to China predicted to grow 8.1 percent this year.

An of Sungkyunkwan University said the collaboration between China and South Korea should be more forward-looking and innovative as the pandemic has accelerated industrial transformation around the world.

"The two countries can cooperate in renminbi internationalization, which can be applied to areas such as the Belt and Road Initiative and the digital currencies," she said.