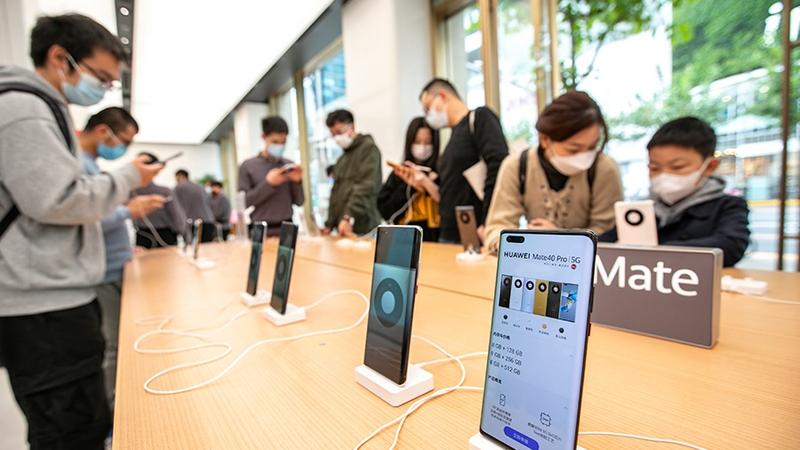 BEIJING - Shipments of 5G smartphones in China reached 167.5 million units in 2020, accounting for more than half of the total smartphone shipment throughout the year, according to global market intelligence firm International Data Corporation (IDC).

Last year, the country had shipped a total of 325.7 million units of smartphones, down 11.2 percent year on year

Last year, the country had shipped a total of 325.7 million units of smartphones, down 11.2 percent year on year.

The shipment of smartphones in Q4 edged up 0.3 percent year on year to 86.4 million units, with major vendors in the Chinese market registering a favorable growth, the firm said.

Huawei continues to dominate the domestic mobile phone market with a 38.3-percent market share last year. Its total shipment reached 124.9 million units, according to the IDC.

Vivo and OPPO, another two Chinese smartphone makers, took up 17.7 percent and 17.4 percent of the market, respectively, followed by Xiaomi with a 12-percent share.

Apple was the only vendor among the top five that achieved a full-year growth in the Chinese market bolstered by its new release of the iPhone 12 series and continued demand for the iPhone 11 series, the IDC said.

READ MORE: Going's getting tough, but the undaunted Huawei gets going

"China will see a more stable consumer demand in 2021 as the local COVID-19 cases are expected to be less impactful," said Wang Xi, a research manager with IDC China.

The market is expected to see a gradual recovery, along with the changes in the smartphone and upstream competition, Wang added.