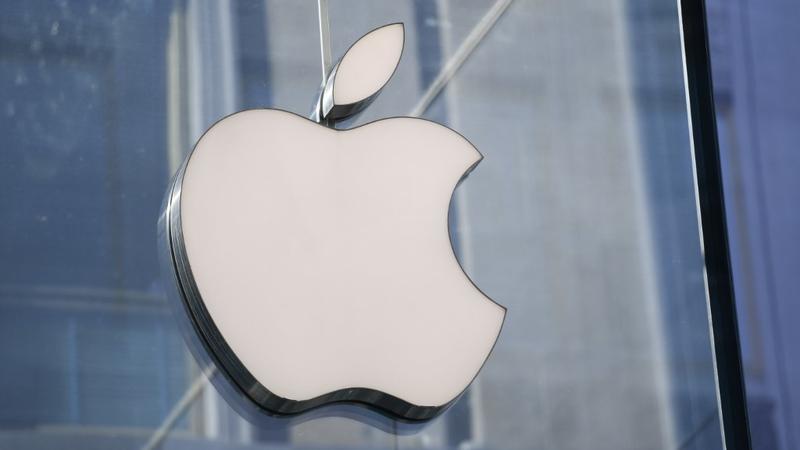 Speculation that Apple Inc is seeking a partner to develop its own electric vehicle swept through South Korea and Japan, where shares of major car companies climbed on reports of discussions with the maker of the iPhone.

Kia Motors Corp is talking to potential partners about a plan to assemble an Apple-designed car, the Wall Street Journal reported Friday. Separately, the Nikkei newspaper said Apple was in discussions with at least six automakers. Conjecture around Apple’s secretive project to design and sell its own car re-emerged in December after a hiatus of several years, with Kia’s part-owner Hyundai Motor Co mentioned as a potential partner.

The key question is how serious Apple is about taking on Tesla Inc and other electric-vehicle makers, and whether it has determined it will need a established manufacturer to be able to roll out its own product. The Cupertino, California-based company is said to have a small team of engineers developing drive systems, as well as designers, but with development work at an early stage, any roll out probably won’t happen for another five years.

The key question is how serious Apple is about taking on Tesla Inc and other electric-vehicle makers, and whether it has determined it will need a established manufacturer to be able to roll out its own product

Tatsuo Yoshida, a senior analyst at Bloomberg Intelligence, said that Japanese automakers are usually too busy with their own development, manufacturing, sales and customer service to take on a task like working with Apple. However, Nissan Motor Co or Mitsubishi Motors Corp “don’t have much work, and are somewhat idle, so they might sign up,” he said.

When asked if they were approached, Honda Motor Co and Mazda Motor Corp said they couldn’t comment, the Nikkei said. Mitsubishi Motors said it was not contacted and Nissan declined to comment, according to the report. Subaru Corp’s chief financial officer said on an earnings call that he hadn’t heard anything about an Apple car.

Kia shares rose 1.5 percent in Seoul, adding to gains from earlier this week on a local media report that Apple would invest 4 trillion won (US$3.6 billion) as part of a collaboration with the automaker on making EVs. In December, Hyundai backed away from a statement that said it was in talks with Apple.

The Journal reported a deal between Apple and Kia will involve a multibillion-dollar investment, with assembly to take place in the state of Georgia. This week, CNBC reported that Apple is close to finalizing a deal with Hyundai-Kia to build an autonomous EV at Kia’s US plant. No agreement has been reached, but they are tentatively scheduled to go into production in 2024, the news channel said. 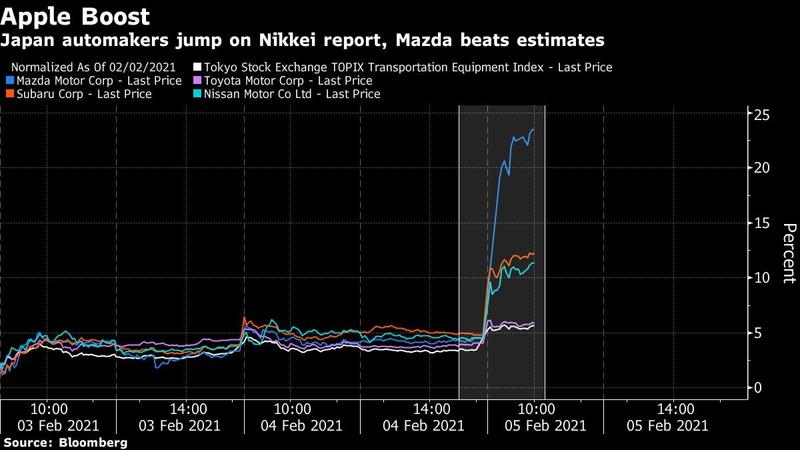 Hyundai has developed a new EV-dedicated platform, and plans to build 23 EVs, beginning with the Ioniq 5 in March in Europe, followed by a Kia model later this year. EVs made on the platform will be able to charge up to 80 percent capacity in 18 minutes and add as much as 100 kilometers of driving range in just five. They’ll have a top range of 500 kilometers on a single charge. Hyundai is aiming to sell 1 million cars by 2025.

In Japan, the report fueled gains among automakers, which in turn boosted the benchmark Topix, with Toyota Motor Corp, Mitsubishi Motors, and Nissan rising. Mazda shares also jumped 19 percent, the most in 12 years, after the company boosted its operating income forecast for the full year.

Among Japan’s carmakers, Nissan probably has the right solution for a non-automaker seeking to enter the EV market. The Japanese automaker has developed with French partner Renault SA a common EV platform that can be used by to develop distinct, branded products for their global automaking alliance, which also includes Mitsubishi Motors.

Nidec Corp, a major Japanese supplier of electric motors, is also seeking to offer nearly complete EV platforms. Jun Seki, the company’s chief operating officer, said in a recent interview that new entrants in the sector would prefer to focus on a vehicle’s interior and styling.

“Any new company entering into the realm of electric vehicles is a chance for us,” Seki said. “Our expectations of Apple are quite high. Apple is our important customer in other fields as well.”