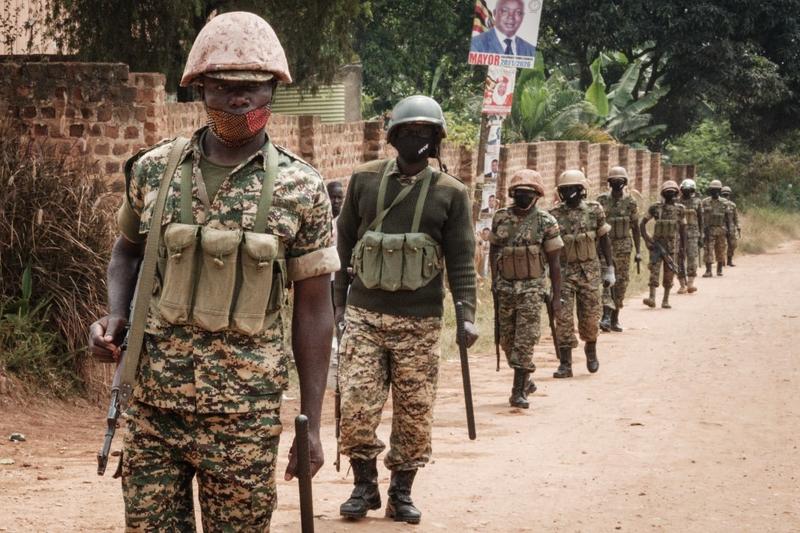 Ugandan soldiers patrol near the street leading to the house of Robert Kyagulanyi, also known as Bobi Wine, in Magere, Uganda, on January 18, 2021. (YASUYOSHI CHIBA / AFP)

“What she has been trying to do blatantly is to meddle in Uganda’s internal politics, particularly elections, to subvert our elections and the will of the people,” Ofwono Opondo told Reuters.

Incumbent Yoweri Museveni, 76, who has been in power since 1986, was declared winner of the presidential elections with 59 percent of the vote against opposition leader Bobi Wine’s 35 percent

“She shouldn’t do anything outside the diplomatic norms.”

Opondo said, without providing any evidence, that Brown had a track record of causing trouble in countries where she has worked in the past. The government was watching her, he said.

Wine, whose real name is Robert Kyagulanyi, has been under house arrest since Thursday shortly after casting his ballot in the country’s presidential elections.

Incumbent Yoweri Museveni, 76, who has been in power since 1986, was declared winner of the poll with 59 percent of the vote against Wine’s 35 percent.

Brown was stopped from visiting Kyagulanyi at his residence in a suburb in the northern outskirts of the capital, the US embassy said in a statement late on Monday. Brown wanted to check on Wine’s “health and safety,” the mission said.

Wine and his National Unity Platform (NUP) have rejected the results and said they were planning a court challenge.