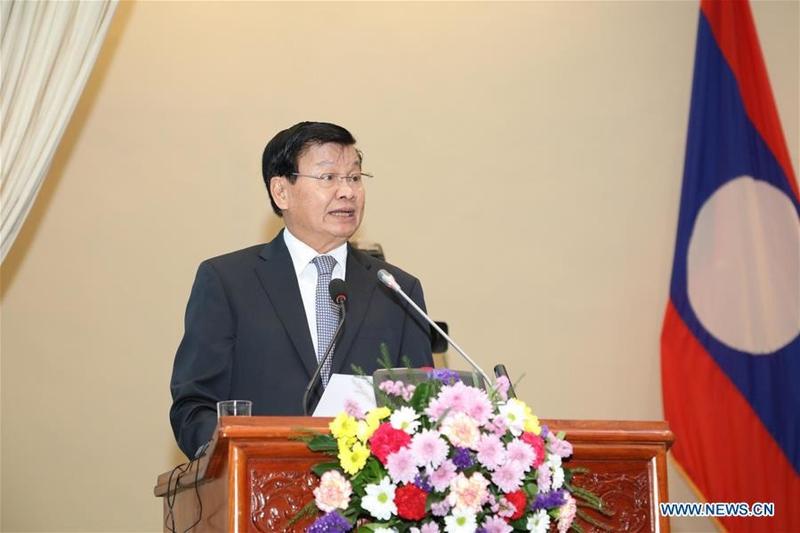 On Friday, the new central committee held its inaugural meeting to elect members of its politburo, the top political body in Lao politics, and to elect its general secretary.

"An election was also held to choose the new general secretary of the central committee, the top post in the party, who will commonly also holds the post of state president," local daily Vientiane Times reported Friday.

The closing session of the 11th LPRP Congress on Friday afternoon announced a 13-member 11th central committee politburo, with two more members compared with the former politburo. The new politburo does not include the 10th central committee general secretary and the incumbent President Bounnhang Vorachit.

"The new Party leadership is facing great challenges to lead Laos as it strives to overcome the least developed country status amid difficulties, mostly triggered by internal financial difficulties and the COVID-19 crisis," reads the Vientiane Times report.

The election of the new LPRP leadership came ahead of elections for the top legislature and administrative bodies in Laos, which are expected to take place in the coming months.

"Next month, a national election will take place to elect members of the National Assembly. Shortly after they have been elected, members of the parliament's Ninth legislature will hold an inaugural session to elect a new state president and prime minister, and approve new cabinet members," the report reads.

The LPRP, which was founded on March 22, 1955 and formerly called the Lao People's Party, convenes its national congress every five years.