Iran spots foreign submarine during drill amid tension with US 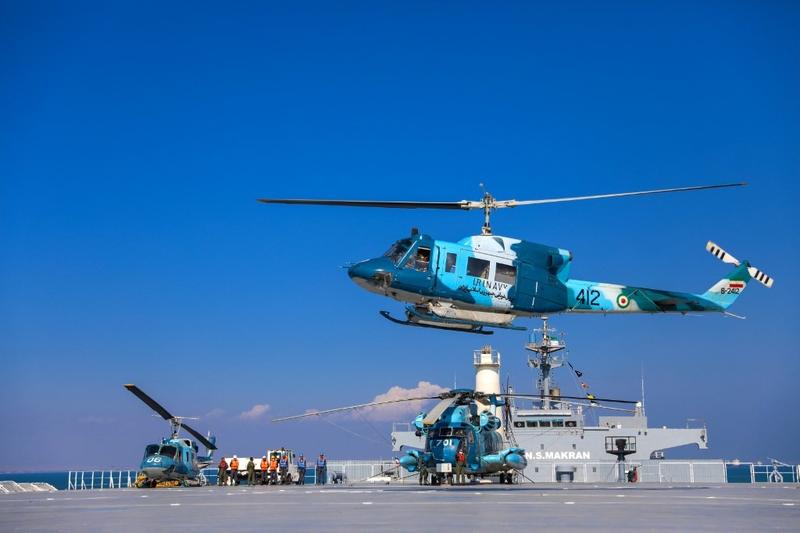 A handout photo made available by the Iranian Army office on January 14, 2021, shows an Iranian navy helicopter landing on Iranian warship Makran in the Gulf of Oman. (IRANIAN ARMY OFFICE / AFP

Iran’s navy identified a foreign submarine during military drills in the northern Indian Ocean, the semi-official Tasnim news agency reported, weeks after the US had deployed one to the region as a warning to the Islamic Republic.

The submarine was spotted approaching the exercise area by Iranian anti-submarine helicopters on Thursday, Tasnim said citing a statement by the navy. The vessel immediately left the area once it realized it had been seen, according to the statement.

The submarine was spotted approaching the exercise area by Iranian anti-submarine helicopters on Thursday, Tasnim said citing a statement by the navy. The vessel immediately left the area once it realized it had been seen, according to the statement

A video published by Tasnim shows Iranian pilots hovering above the water, identifying themselves and trying to make radio contact with a submarine that can be clearly seen below.

Tensions are running high between Iran and the US in the final days of the Trump presidency, with the Pentagon deploying the USS Georgia submarine to the Persian Gulf late last month.

Iran announced the addition of a helicopter carrier, the Makran, to its fleet on Wednesday. Last week, it held naval drills in the Persian Gulf and also tested so-called suicide drones, days after the Islamic Revolutionary Guard Corps seized a South Korean-flagged tanker in the waterway.

A spokeswoman for the US Navy’s 5th Fleet based in Bahrain said the force doesn’t discuss submarine operations and declined to comment.

The International Maritime Security Construct, a naval force comprised of several countries including the US that aims to secure shipping routes for merchant ships in the Persian Gulf, also said it had no information about the incident.

The outgoing US administration, which left the nuclear deal between Iran and world powers in 2018, has sought to ramp up sanctions pressure on the Islamic Republic before the Jan 20 inauguration of Joe Biden, who hopes to rejoin the pact.