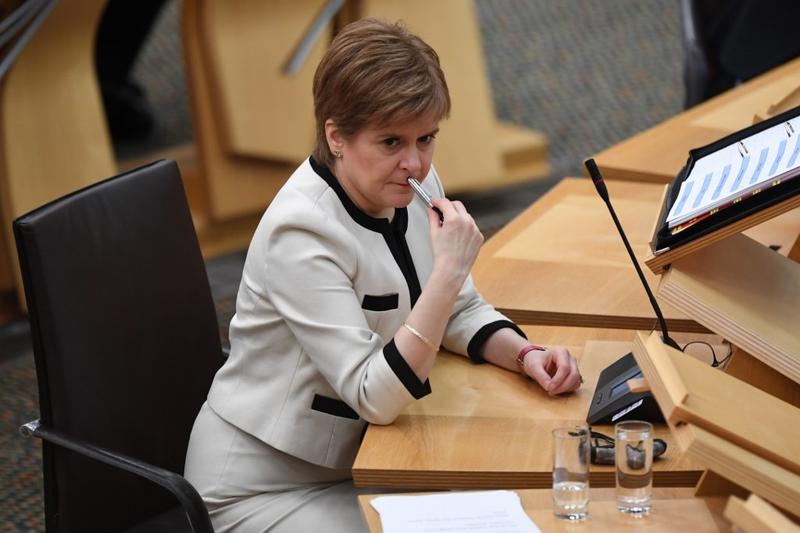 LONDON - Scottish nationalists are on course to win a record majority in an election for Scotland’s devolved parliament that would start a new push for independence, an opinion poll published on Thursday showed.

Nicola Sturgeon, Scotland’s first minister and head of the pro-independence Scottish National Party, will claim a mandate for another independence referendum if her party performs strongly in the election scheduled for May 6

Nicola Sturgeon, Scotland’s first minister and head of the pro-independence Scottish National Party (SNP), will claim a mandate for another independence referendum if her party performs strongly in the election scheduled for May 6.

British Prime Minister Boris Johnson, who would have to agree to a new referendum, has said there is no need for a new vote after independence was rejected by Scottish voters in 2014.

The SNP is expected to win 71 of 129 seats in the Scottish parliament, eight seats more than it won in the last election in 2016, according to the poll carried out by Savanta ComRes and published in The Scotsman newspaper.

The only other time the SNP has won a majority was in 2011 when it won 69 seats under former leader Alex Salmond.

If Scotland voted for independence it would mean the United Kingdom would lose about a third of its landmass and almost a tenth of its population - just as the world’s sixth-biggest economy is grappling with the impact of Brexit.

Scots voted 55-45 percent against independence in a referendum in 2014, but Brexit and the British government’s handling of the COVID-19 crisis have bolstered support for the SNP, with most polls showing a majority now favor breaking away.

The Savanta ComRes poll found 57 percent of people would vote for Scottish independence in a new referendum, close to a record high.

The poll was based on responses from 1,016 people in Scotland between Jan 8 and 13.