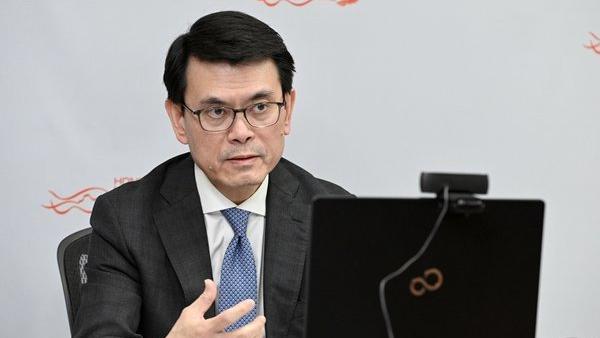 HONG KONG - The Hong Kong Special Administrative Region government on Thursday asked the World Trade Organization (WTO) to set up a dispute-settlement panel over the United States’ violation of WTO rules when it came out with a new origin marking requirement for HK products.

In a statement issued on Thursday afternoon, the government said Secretary for Commerce and Economic Development Edward Yau Tang-wah wrote the US Trade Representative to inform the US that the HKSAR had taken further action while its permanent representative to the WTO also filed the relevant document with the WTO Secretariat.

The US' unilateral and irresponsible attempt to weaken Hong Kong's status as a separate customs territory, which is conferred by the Basic Law, is highly inappropriate.

"The US' unilateral and irresponsible attempt to weaken Hong Kong's status as a separate customs territory, which is conferred by the Basic Law, is highly inappropriate. Such a move also confuses the market and undermines the rules-based multilateral trading system,” Yau was quoted in the statement as saying.

Under the new requirement, the US demanded that all goods made in the city be labeled as “Made in China”.

Yau said the HKSAR government on October 30 asked for consultations with the US under the WTO Dispute Settlement Mechanism.

“However, the US' response is disappointing. It is necessary for us to take further action against the US in accordance with the mechanism to defend Hong Kong's interests," he said.

Yau reiterated that under "one country, two systems", Hong Kong is an inalienable part of the People's Republic of China, and the special status of the HKSAR is conferred by the motherland through the Basic Law.

And under the Basic Law, the HKSAR is a separate customs territory and may, using the name "Hong Kong, China", participate in international organizations such as the WTO and Asia-Pacific Economic Cooperation as a separate member, Yau said.

The special status of Hong Kong has been widely recognized and respected by the international community, and Hong Kong's economic and trade status is on par with that of other WTO members, he added.

Yau said the "Made in Hong Kong" marking on Hong Kong products has been accepted internationally for many years and this not only conforms to Hong Kong's status as a separate customs territory and complies with WTO rules, but also provides consumers with clear and accurate information on product origin.

According to WTO rules, if the two parties fail to resolve a dispute within 60 days from the launching of consultations, the complaining party may request the WTO Dispute Settlement Body (DSB) to form a panel to consider the dispute and provide rulings.

The 60-day consultation period for the dispute over the new US requirement ended on January 4, according to the statement.

Hong Kong decided to ask the DSB to form a panel after the new requirement took effect on Nov 10  and the US did not make any substantive response to the request of the HKSAR government, it added.