Shanghai looks to be biomed valley of Asia 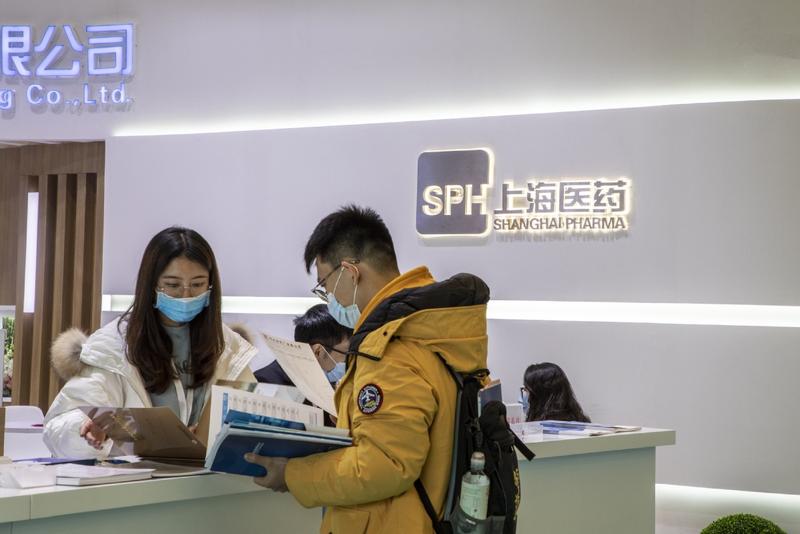 Multiple new biomedicine projects were included on Jan 4 among the 64 new projects in Shanghai, which is positioning itself to be a biomedical hub for Asia.

The new projects have attracted significant investment and will help construct a better industrial layout throughout the city and further elevate the development level and global market competence of the biomedical industry chain, the city government said.

They will also help gather high-quality resources from home and abroad and forge a world-class industry cluster in Shanghai, where biomedicine is one of the city's three major strategic pillar industries, said the government.

At the heart of "pharmacy valley"－located in Zhangjiang Science City in Pudong New Area－is Shanghai Pharma, China's largest importer of pharmaceuticals and medical devices, which inaugurated an industrial base on Jan 4.

At the heart of "pharmacy valley"－located in Zhangjiang Science City in Pudong New Area－is Shanghai Pharma, China's largest importer of pharmaceuticals and medical devices, which inaugurated an industrial base on Jan 4

ALSO READ: Healthcare on the cusp of big leap

Total planned investment of the base, which covers an area of 150,000 square meters, is nearly 8 billion yuan (US$1.24 billion), and its first phase investment may reach 2.3 billion yuan.

According to the company's plan, the base will strive to become an incubation and transformation center with most complete layout and most advanced technologies in the domestic biomedical sector.

"Therapeutic antibodies and vaccines, cell therapies and gene therapies will be the main areas of the base's focus," said Shanghai Pharma, a Fortune 500 enterprise, in a news release.

The public service platform for innovative incubation at the base will exceed 50,000 sq m, the production area for antibodies will reach 100,000 sq m and the scale of bioreactors will reach 120,000 liters.

"Several innovative anti-tumor drugs by the company are currently at various clinical trial stages, and there is also an urgent need for an industrialized platform to ensure that the R&D programs will eventually be landed in Shanghai's Zhangjiang," the company added.

It said that the base will not only serve research and development for its own purposes but also provide a one-stop service platform for small and medium-sized businesses specializing in biomedical R&D in Zhangjiang. It will also help attract major innovations to be commercialized in Shanghai to form regional advantages.

"The inauguration of the new industry base not only echoes with Shanghai's endeavor to build the city into an international scientific innovation hub but also benefits the city in promoting optimization and upgrading of its industrial structure and cultivating a new impetus for success," said the company.

After completion, the project can provide production workshops for gene vectors, including various kinds of viruses, and aims to better meet market demand for the development of gene therapy drugs as well as other cell therapy drugs at home and abroad.

The industrial base, covering an area of 33,000 sq m and containing a construction area of roughly 80,000 sq m, will include multiple quality inspection workshops, production workshops, warehouses, public works and other auxiliary facilities. Its annual output value is expected to reach around 1.3 billion yuan.