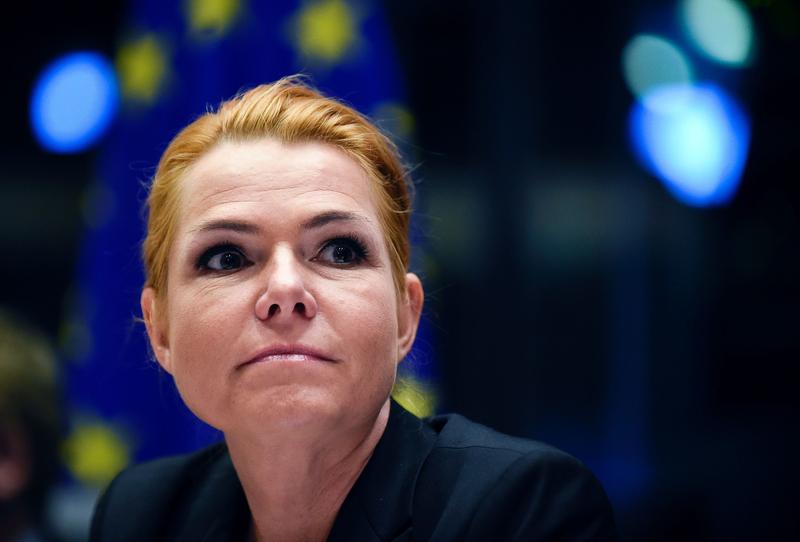 In this Jan 25, 2016, photo, then Danish Minister of Immigration and Integration Inger Stojberg takes part in a meeting at the European Parliament in Brussels. (JOHN THYS / AFP)

The woman behind Denmark’s toughest immigration laws will be the country’s first politician to defend herself in an impeachment trial in almost three decades, after her actions led to the illegal separation of young refugee couples.

Inger Stojberg, a former immigration minister who was recently forced to quit as deputy leader of Denmark’s main opposition party, will face trial after a majority in parliament declared its support for impeachment. With the upcoming final vote largely a formality, it’s the first time the chamber has agreed to move ahead with an impeachment process since 1993.

Stojberg gained notoriety under the previous government after she wrote some of the European Union’s strictest immigration and asylum laws. She’s perhaps best known outside Denmark for insisting that refugees hand over their valuables, including jewelry, when seeking asylum. But it was Stojberg’s tough family reunification policies that drew harsh criticism from the United Nations’ refugee agency, UNHCR, among other groups.

The impeachment trial will focus on Stojberg’s 2016 instruction that refugee couples be separated on arrival if the female is under 18. The order ignored requirements to conduct individual assessments, and was deemed unlawful by parliament’s ombudsman after a young Syrian couple complained. Stojberg was subsequently found to have lied to the chamber when called on to explain her decision.

The impeachment trial follows a probe that identified Stojberg as the sole minister responsible for the allegedly unlawful instruction. Former Prime Minister Lars Lokke Rasmussen was exonerated of wrongdoing.

Stojberg has argued that her decision to separate couples was based on a desire to protect girls from being forced into marriage before they’re adults. In all, 23 couples were separated as a result of her order. The age differences between males and females ranged from 16 years to as little as one year.

In Denmark, an impeachment trial can only be brought about by the parliament or the monarch. After the legislature agrees that such a trial is appropriate, the case moves to Denmark’s Court of Impeachment of the Realm, which is made up of supreme court judges and experts appointed by the parliament.

The decision was a rare show of unity across party lines, with even Stojberg’s own party, the Liberals, backing impeachment.

“I am a little disappointed that my own chairman has invited the rest of parliament to start an impeachment trial against me,” Stojberg told reporters in parliament after the party’s decision. “It is the biggest vote of no-confidence I can get from my own chairman.”

The last politician to be impeached was Erik Ninn-Hansen, a former justice minister who was found guilty in 1995. He was handed a suspended prison sentence of four months for his role in unlawfully preventing Tamil refugees from entering Denmark. The scandal ended up toppling the conservative government at the time.