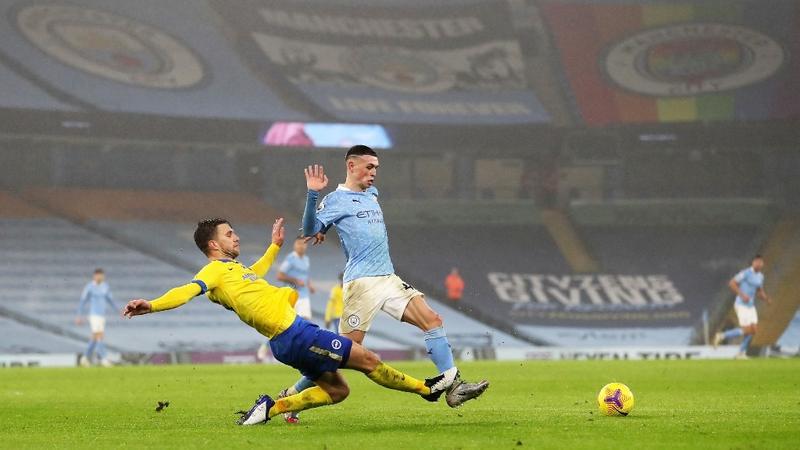 MANCHESTER, England - Phil Foden has not had an easy ride under Pep Guardiola at Manchester City but he is finally reaping the rewards for all those frustrating hours watching some of the world’s finest players from his seat on the bench.

Guardiola waxed lyrical about Foden when he handed the prodigiously talented teenager his City debut three years ago as a substitute in a Champions League game against Feyenoord.

Since then Foden, despite breaking into the England squad, has enjoyed limited opportunities and even as recently as December went seven Premier League games without a start.

On Wednesday, however, the 20-year-old repaid Guardiola’s growing trust with a superb match-winning display in the 1-0 win over Brighton and Hove Albion at a rainy Etihad Stadium.

Foden, selected from the start for the seventh time this season, broke the deadlock just before halftime with a sublime goal, dancing inside a couple of Brighton defenders before sliding a clinical right-footed finish inside the post.

Foden was the standout player in a City front three which also included Riyad Mahrez and Bernardo Silva and his clever movement was perfect for the playmaking vision of Kevin De Bruyne, who once again pulled City’s strings. 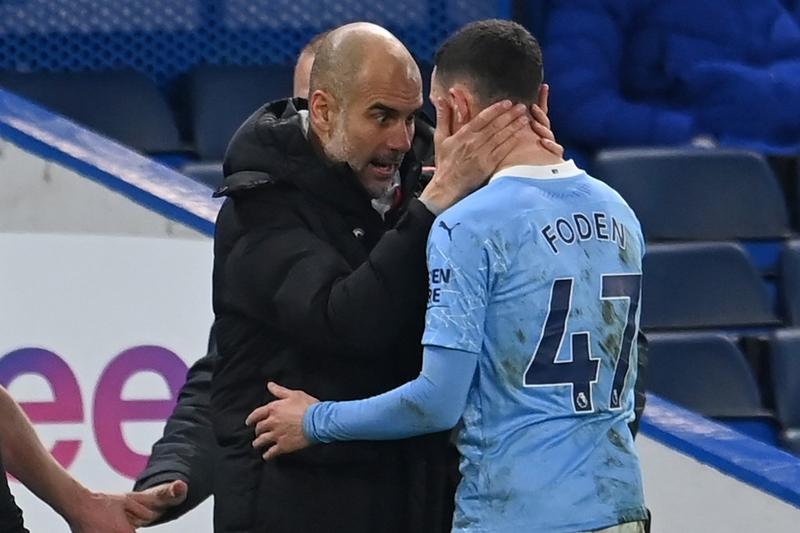 He is now City’s leading scorer this season with eight goals in all competitions and when he was finally replaced late on by Raheem Sterling he walked off having made another emphatic statement to Guardiola and England manager Gareth Southgate.

“Phil Foden is 20 years old, look at the starts. The amount of games, the assists compared to the bigger stars in football,” Guardiola said of the forward. “He can play both sides, in the middle as a false nine. He is so, so clever in front of goal.

“That is why he deserves to play. Today he is playing good. Maybe one day he will rest but right now he deserves it.”

With so much attacking talent at Guardiola’s disposal Foden knows he will have to reach the levels he achieved on Wednesday consistently if he is to nail down a place in the side.

In the last couple of seasons, when Guardiola often overlooked him, Foden was linked with loan moves away to gain regular first-team football.

The fact the Stockport-born player stayed put and learned from the masters now looks like a wise decision and one that gives City another weapon in what is developing into a tight Premier League title race.

Victory moved them into the top four, only four points adrift of leaders Manchester United with a game in hand.