Han Meilin displays his latest artworks, such as bronze bulls (right), together with his other former works, including a bronze goat sculpture (left), in his ongoing solo exhibition about Chinese zodiac art at the Nanshan Museum in Shenzhen, Guangdong province. (PHOTO PROVIDED TO CHINA DAILY)

A bull is a creature that works hard, toils, and does a lot of heavy lifting. Han Meilin, one of the most productive artists in China, often says: "I'm destined to work as hard as a bull throughout my life."

"The bull symbolizes diligence and wealth. I paint bulls, and I try to be as persistent, energetic and humble like a bull," he adds.

Han, a sprightly 85-year-old, paints, designs, writes and exhibits with an energy that would do justice to someone half his age.

Han's latest pieces are sculptures of four bronze bulls, which were unveiled in Shenzhen, Guangdong province, on Dec 21. The quartet were forged to celebrate the arrival of the first day, on Feb 12, of the Chinese Lunar New Year, which, according to the Chinese zodiac, is the Year of the Ox.

The bulls were put up for auction, with the proceeds going to a charity that raises funds for an art education program for rural children. The event coincided with the opening of his solo exhibition, Han Meilin Chinese Zodiac Art Exhibition, which will run through Feb 28 at the Nanshan Museum in Shenzhen.

Animals, especially the 12 Chinese zodiac signs, appear regularly in Han's creations, whatever medium he works with. For example, he designed special stamps that were issued by China Post to celebrate the Year of the Pig in 1983, the Year of the Rooster in 2017, the Year of the Pig in 2019 and the Year of the Rat in 2020. The exhibition at the Nanshan Museum shows paintings, calligraphic scrolls, sculptures and ceramics, as well as designs for furniture, clay teapots and postage stamps, which are themed around the animals of the zodiac. 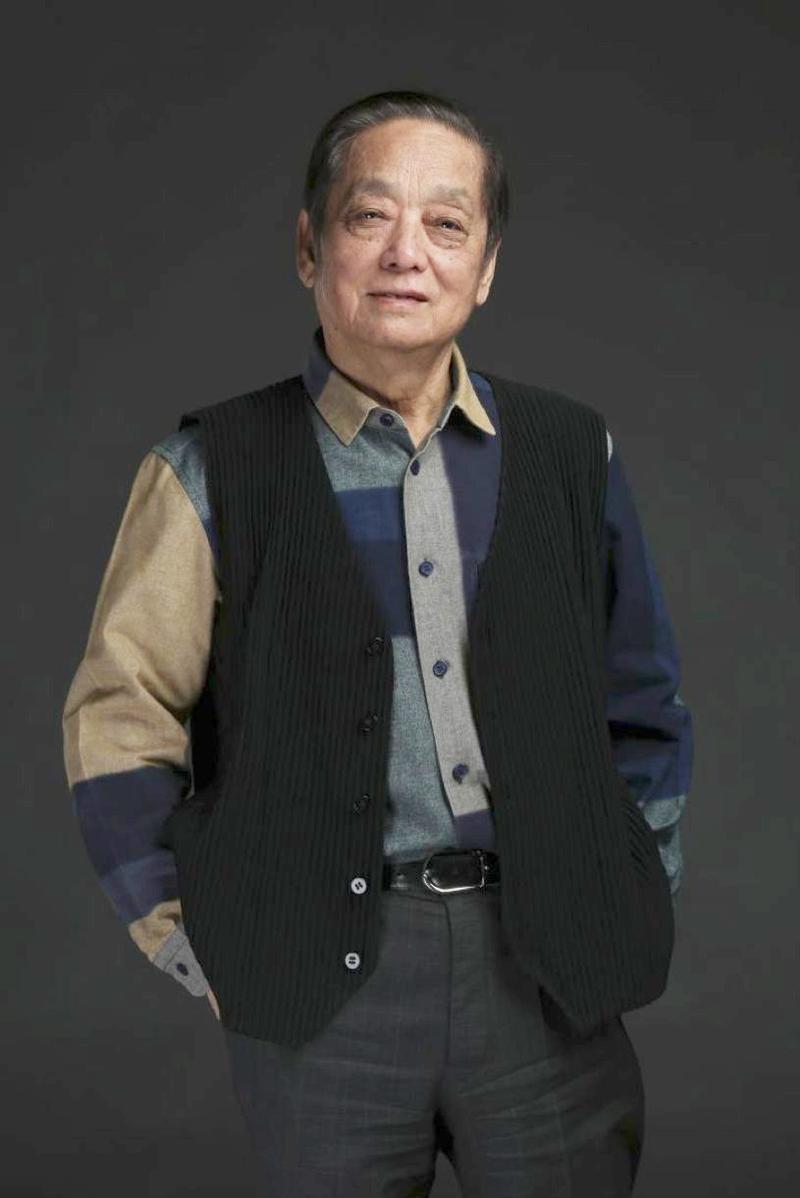 Veteran artist Han Meilin, 85, paints, designs, writes and exhibits with an energy that would do justice to someone half his age. (PHOTO PROVIDED TO CHINA DAILY)

Zhao Li, the exhibition curator and a professor of the Central Academy of Fine Arts in Beijing, says that Han's work reflects that he has been nurtured by the rich soil of Chinese cultural traditions and folk arts, while also integrating modern elements to give his creations a globalized outlook.

The vibrant beauty of the structures in Han's work arises from his study of archaic Chinese characters, which he has collected for decades. His extensive collection includes those inscribed on oracle bones, stones and bronze. They were the predecessors of modern Chinese characters, as well as pictorial symbols in caves. The meanings of many of them are still unknown.

Han describes these primitive, sometimes mysterious, characters as the "writings of heaven". He is fascinated by the power, simplicity and vigor of their forms, and he employs different parts of their structures when drawing, sculpting and designing.

He also reaches out to folk art, drawing inspiration from its diverse color schemes. Beginning in 1977, Han led a series of what he referred to as "art caravans", whereby he, and staff members at the Han Meilin Art Foundation, would tour rural areas all across China. Han painted for farmers and the team delivered education materials to children along the way.

Over the years, Han was able to collect handicrafts from the places he visited and was amazed by the creativity of the people. He integrated the visual elements into his creations, evoking among the audience a feeling of nostalgia and warmth.

Zhao, the curator, says: "The eye-catching imagery in Han's body of work pertaining to the signs of the zodiac is popular because it embodies a spirit of simplicity, purity and kindness that deeply touches the viewer.

"In Han's visual vocabulary, these animals reflect his belief that 'all life is equal and has spirituality'. He conveys the necessity to respect the rules of nature."