Estonian opposition asked to step in after PM quits over scandal 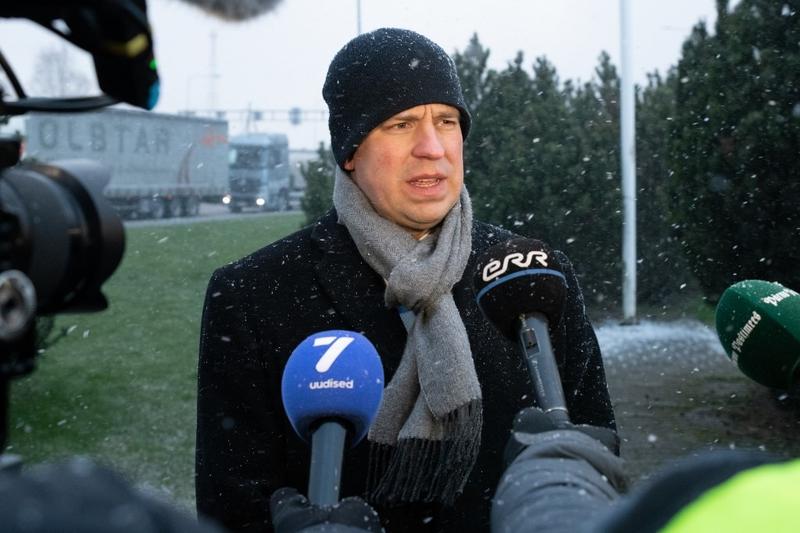 In this photo taken on March 14, 2020, Estonia's Prime Minister Juri Ratas talks to the press during a visit to the Ikla crossing point between Estonia and Latvia as the government has declared a state of emergency in response to the spread of the COVID-19. (PHOTO / AFP)

VILNIUS - Estonia’s president on Wednesday asked the leader of the opposition center-right Reform Party, Kaja Kallas, to form the next government after Prime Minister Juri Ratas resigned over an inquiry into a property development.

Ratas, who has denied any knowledge of wrongdoing, will need to formally announce his resignation at a government session on Thursday and also notify parliament.

Kallas, whose party won the 2019 election but was outmanoeuvred by Ratas, will need support in parliament for the nomination.

The next government is unlikely to include the far-right EKRE party, whose leaders denounced the US election result as rigged and called President-elect Joe Biden “corrupt”.

Kallas is a critic of the outgoing government’s proposed referendum on whether marriage should be defined as being between a man and women.

News wire BNS reported that Ratas’ party was declared a suspect on Tuesday in a criminal investigation over a property development project in Tallinn.

“While there definitely are other ways to go about it, only one of them seemed to be right,” Ratas, who denies any knowledge of the financing, told reporters, according to BNS.

He made the decision after a party meeting on Tuesday to discuss the charges, which dragged into the early hours of Wednesday, BNS reported.

Prosecutors allege the development was promised permission to build a road on city property, in exchange for a donation of up to 1 million euros to the party ahead of municipal elections, BNS reported.

Ratas, prime minister since late 2016, lost the 2019 general election, in which the center-right Reform Party emerged as the largest party.

Ratas then blocked the winner from taking power by forming a coalition of his left-leaning Centre party, the conservative Fatherland party and EKRE that gave the three parties a majority in parliament.

EKRE’s outspoken leaders have caused turmoil in the administration’s two years in power.

In December 2019, Estonia apologised to Finland after one of them mocked its new prime minister - the world’s youngest-serving government leader - as a “sales girl” and questioned her ability to run the country.

This month they claimed the election result in Lithuania and a change in government in Romania were both influenced by the “deep state”.

Estonia’s next general election is due in March 2023.