Editor's Note: The Chinese people have always attached special importance to education. In the 20th century, China has gone through a long, arduous journey from one-teacher schools to world-class universities and achieved excellence in different fields including science and technology. What will China's education journey be like during the rest of the 21st century? In the sixth of a series of commentaries, a senior journalist with China Daily searches for the answers: 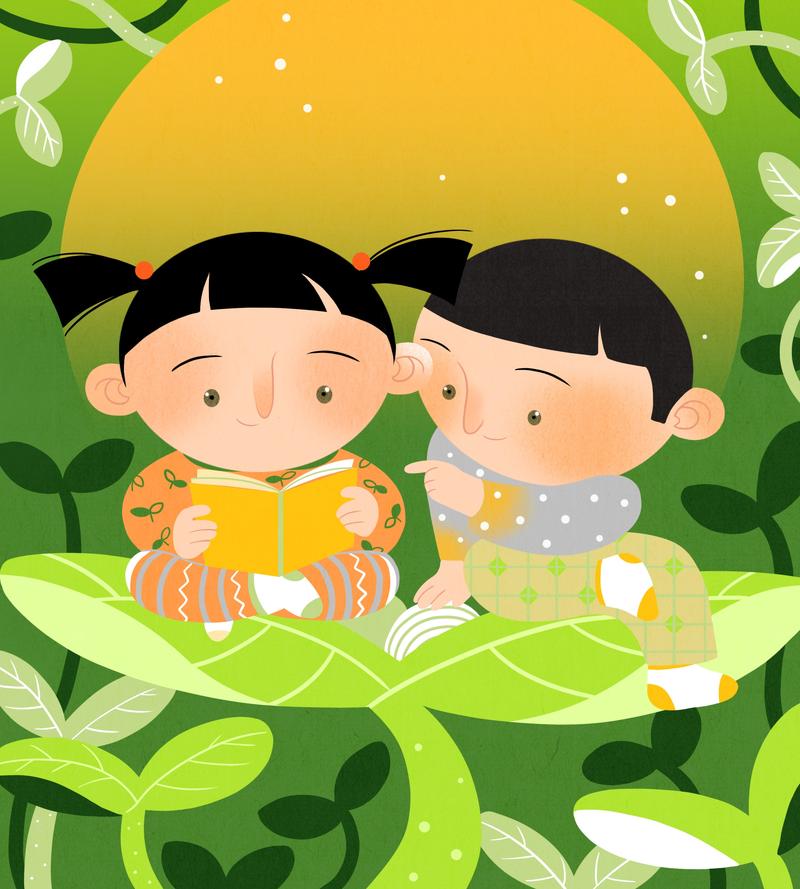 Now that China has ensured that almost 100 percent of its school-age children complete the nine-year compulsory education, the central government is turning its attention to popularizing education for pre-school children. Not an easy job.

Experts say it could take China 20 years to meet the new target, considering the huge number of pre-school kids and the not-too-favorable conditions.

Pre-school education was introduced to China at the turn of the 20th century when a handful of kindergartens affiliated to missionary schools opened in the country. They admitted children of both foreigners and Chinese nationals. The first public Chinese kindergarten, sponsored by the top official of Hubei province, was established in 1903, though all the three teachers came from Japan.

Thousands of public kindergartens were established following the founding of the People's Republic of China, albeit their relatively small number meant they could meet the needs of just a few parents. For decades, China, with limited resources, was forced to focus on implementing the nine-year compulsory education, leaving the care of the preschool kids largely to their families.

The disparity has been a headache especially for young working parents who either have to seek help from their parents or hire a nanny to take care of their children. Talking with young parents in China, you will realize that they have a long story to tell about how difficult it is to get their kids enrolled in a public kindergarten and how often they hire and fire nannies.

About 20 years ago, governments at different levels began accelerating the construction of new public kindergartens while giving permission to investors to open private kindergartens. Today, there are more than 260,000 kindergartens nationwide with a total of about 47 million children, who make up more than 80 percent of the kids aged between 4 and 6 years.

Educators in China have been discussing for years the possibility of making pre-school education free and compulsory, similar to some developed countries. Although they may be disappointed that their ambitious proposal has not been included in the reform plan, my advice to them is, "be patient".

As an ancient Chinese goes, when water keeps on flowing, a channel is eventually formed. And when a sincere government focuses on a particular issue, when investment is increased, when a lot more public kindergartens are built and when enough teachers are trained, their proposal is likely to be implemented.

Before that, let's give some time to the education authorities to consolidate their achievements. While parents in urban areas complain mostly about the high fees, their counterparts in rural areas still struggle to find a kindergarten for their kids. And even if there is a kindergarten near their village, both the facilities and quality of teachers are often disappointing.

Also, in the kindergartens in urban areas, the facilities, teachers and arrangements are not to the satisfaction of parents. For instance, kindergarten classes in China are usually over around 5 pm or earlier, long before most parents finish work. As a result, young couples still have to ask their parents to pick up the children from school or hire a nanny to do so and take care of the kids.

It seems China still has some way to go to meet the needs of parents in terms of their young children. But with the passage of time, China will ensure pre-school kids get education to the satisfaction of their parents.

The author is former deputy editor-in-chief of China Daily.