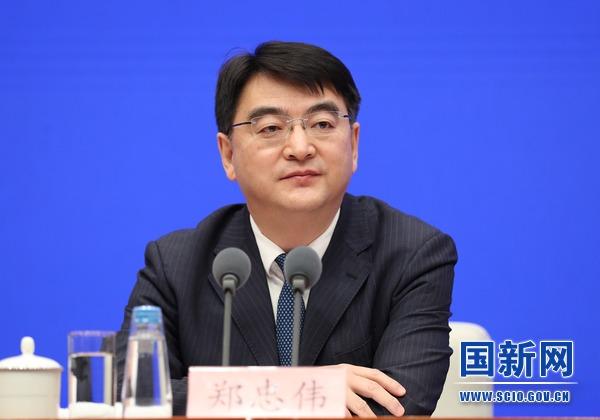 Zheng Zhongwei, director of the Development Center for Medical Science and Technology of the National Health Commission. (PHOTO / SCIO.GOV.CN)

BEIJING - China will start inoculating some "key groups" with COVID-19 vaccines in this winter-spring period, said a National Health Commission official in Beijing on Saturday.

In a two-step vaccination drive, the vaccines will be first given to priority groups, including those engaged in handling imported cold-chain products, and people working in sectors such as port inspection and quarantine, aviation, public transport, fresh market, medical treatment and disease control, Cui Gang, an official with NHC's disease control department, said at a press conference.

Our goal is to establish herd immunity through inoculations so that COVID-19 can be effectively controlled rapidly.

The vaccination program will also cover those who plan to work or study in countries and regions with medium or high risks of exposure to the virus, Cui added.

This will help relieve the pressure on China in preventing and controlling imported COVID-19 cases, and lower the risks of domestic outbreaks of the epidemic, said Cui.

Vaccines developed by Sinovac Biotech Ltd and the state-owned China National Biotec Group Co have been dispensed in the country since they were granted emergency-use authorization in July.

Zeng Yixin, vice-minister at the National Health Commission, said colder weather with the onset of winter poses challenges to China’s control of the virus, which it has all but eliminated internally with a combination of strict border controls and mass testing.

“Our goal is to establish herd immunity through inoculations so that COVID-19 can be effectively controlled rapidly,” he said.