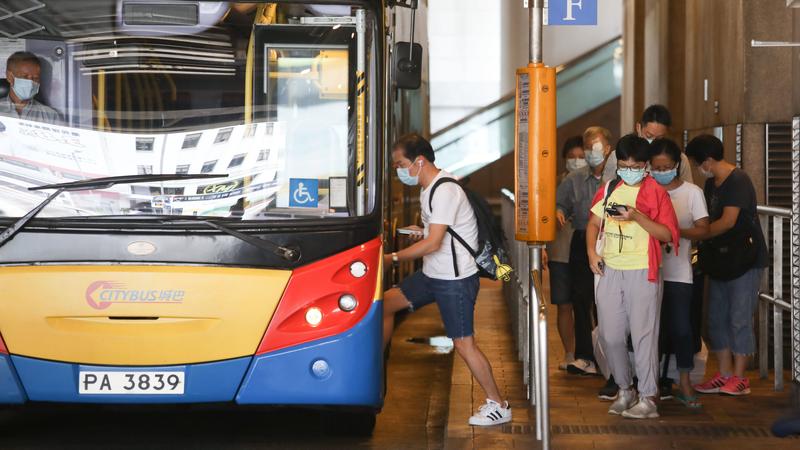 Among the fresh local infections, 31 were untraceable, Chuang Shuk-kwan, who heads the Centre for Health Protection’s communicable disease branch, said at a press briefing in the afternoon.

Among the 79 local infections, 21 were linked to the dance cluster – the biggest cluster in the city so far

They included a taxi driver and an employee who worked at a sushi bar in a restaurant in Mong Kok, said Chuang. The sushi bar employee last went to work on Nov 30.

A total of 48 new local infections were linked to previous cases. Twenty-one of them were linked to the dance cluster – the biggest cluster so far and now involved 586 confirmed patients.

Another cluster that centered on a construction site in Lohas Park, a private housing project in Tseung Kwan O, saw five new patients. The group now has 24 patients.

Chuang said there are still silent carriers in the community, who might have spread the virus unknowingly. It is, therefore, important for members of the public to be alert if they show early signs of the disease and come forward for coronavirus testing.

A female COVID-19 patient at Queen Elizabeth Hospital died on Thursday evening, bringing the total number of coronavirus-related deaths in the city to 111.

According to the Hospital Authority, 928 COVID-19 patients are still being treated in hospitals, including 21 in critical condition.

The woman with chronic disease was admitted to an isolation ward at the hospital's Infectious Disease Centre on Nov 14 due to discomfort with sputum retention, a spokesman for the authority said in s statement.

She had a fever and shortness of breath upon admission and was arranged for a COVID-19 test which came back negative. She was then sent to a medical ward in the hospital and then to another ward in Lai King Building for rehabilitation.

Further COVID-19 testing conducted before she was discharged from the hospital on Dec 2 yielded a positive result and she was immediately transferred to the isolation ward for treatment.

Of the 33 patients who had been in the same medical ward cubicle as her, four passed away due to their underlying diseases and 14 were discharged. Tests arranged for the remaining 15 patients showed negative results.