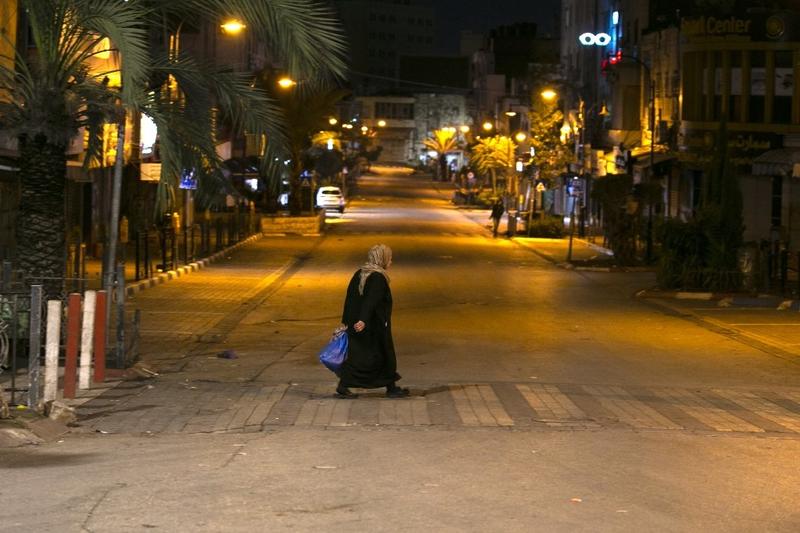 A Palestinian woman crosses a deserted street at Manara Square in the West Bank city of Ramallah on Nov 27, 2020. (ABBAS MOMANI / AFP)

RAMALLAH, West Bank - Israel handed over a backlog of billions of shekels in tax money to the Palestinian Authority on Wednesday, both sides said, in another sign of warming ties between the sides after the US presidential election victory of Joe Biden.

The taxes, managed by Israel under interim peace accords from the 1990s and usually handed over monthly, make up more than half of the budget of the Palestinian Authority (PA), whose economy has been hard hit by the coronavirus pandemic.

The 3.77 billion shekels (US$1.14 billion) transfer is the first since June, when the Palestinians snubbed the handover due to Israeli Prime Minister Benjamin Netanyahu’s plans, currently suspended, to annex parts of the occupied West Bank.

The Palestinians also rejected the cash several times in 2019 after Israel trimmed the sum in retaliation for funds going to the families of jailed or killed militants. It usually amounts to about US$190 million a month.

“The #Israeli government transfers all financial dues of the clearance to the account of the #Palestinian Authority,” Palestinian Affairs minister of civil affairs Hussein al-Sheikh tweeted, giving the figure as 3.768 billion shekels.

The PA has been unable to pay full wages of its 130,000 employees in the past months. Palestinian Prime Minister Mohammad Shtayyeh said this week it would pay full salaries once it received the tax money.

Israel froze its annexation plans in August as part of an agreement to forge diplomatic ties with the United Arab Emirates. The Palestinians in November said they were resuming civil and security cooperation with Israel suspended over the annexation. The announcement came about two weeks after Biden beat incumbent Donald Trump in the US presidential race.

Palestinian President Mahmoud Abbas has since indicated he will drop his three-year political boycott of the White House.

“Right now we are sending clear messages not only to the Israelis, not only to the Biden administration but also to the Europeans and many others that Palestine, and the Palestinians are ready to reengage completely with Israel,” Palestinian Foreign Minister Riyad al-Maliki said in a Nov 26 video conference.