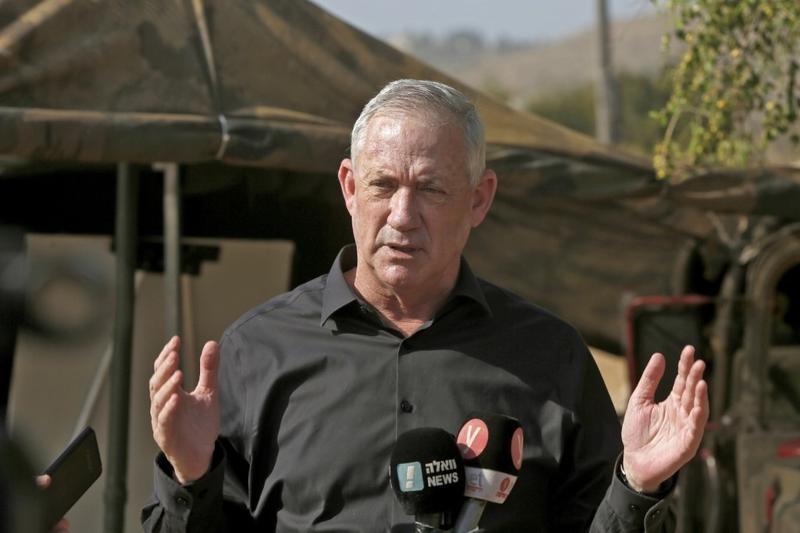 In this Oct 27, 2020 photo, Benny Gantz, Israel's Alternate Prime Minister and Defence Minister, speaks to the media during the "Deadly Arrow" military drill near Kibbutz Ravid in the northern part of Israel. (JALAA MAREY / AFP)

JERUSALEM - Benny Gantz, Israeli Prime Minister Benjamin Netanyahu's main coalition partner, said on Tuesday that his party will support a bill to dissolve the parliament, opening a possibility of holding the 4th election in two years.

Gantz, Israel's alternate Prime Minister and Defense Minister, told a televised news conference that his Blue and White party will vote in favor of the bill in a preliminary vote scheduled for Wednesday.

"I joined this government with a heavy but whole heart," Gantz said, referring to the establishment of his power-sharing government with Netanyahu after a third inconclusive election in March.

Gantz, Israel's former military chief, accused Netanyahu of "lying" to the public, blocking appointments of key positions in the public service, delaying the approval of the 2020-2021 state budget, and appropriating to himself credit for the accomplishments of others.

Gantz said he will withdraw his support of the bill only if Netanyahu agrees to approve the state budget immediately.

Under a deal signed by Netanyahu and Gantz in May to form the coalition government, the state budget should have been approved by August 2020.

The bill is sponsored by the opposition leader, Yair Lapid, who is also chairman of the centrist Yesh Atid party. Gantz and Lapid used to be political partners, but they become estranged as Gantz decided to join the prime minister for power sharing.

The parliament will vote on the bill in a preliminary reading on Wednesday.

Approval of the bill means Israel will go for a new round of election and will effectively end the term of the current government.

Earlier on Tuesday, Netanyahu urged Gantz to vote against the bill. "Israel does not need elections now," Netanyahu wrote in a tweet.