Female software engineers start getting with the program

Women are slowly overcoming prejudice and making a mark in the male-dominated occupation.

A female programmer takes part in a computer system test that involved more than 200 software engineers in Hangzhou, capital of Zhejiang province, in 2017. Fewer than 10 women participated in the event. (NIU JING / FOR CHINA DAILY)

At 10 pm on a chilly autumn night, Li Xiaodie left her office in Chengdu, capital of Sichuan province, and took a taxi home.

Because overtime is a regular occurrence, she can't remember how many times she has got off work so late in the evening, just as one of Southwest China's busiest cities starts to quiet down.

Whenever I develop a website or an app and it is put into use, the elation lasts quite a few day

The 26-year-old is a programmer at an information technology startup, but she is one of just three women among the company's 45 software engineers.

A report released by the service information platform 58.com on Oct 24 last year reinforced people's impressions of the occupation.

The release date was an industry in-joke, as it was also the day of the Programmers' Festival. The date was 10/24, echoing a unit of computer information equal to a kilobyte, often expressed as 1024 bytes.

The report showed that programming is a male-dominated job, with women accounting for just 12.71 percent of such professionals in China. However, in some companies, the proportion of female programmers may be even lower.

Wang Jing, a 30-year-old programmer at a law firm in Beijing, said she's the only female among 12 men in the IT department, while Hong Qin, 44, who heads the algorithm team at an online insurance company in the capital, is the only woman in the squad. 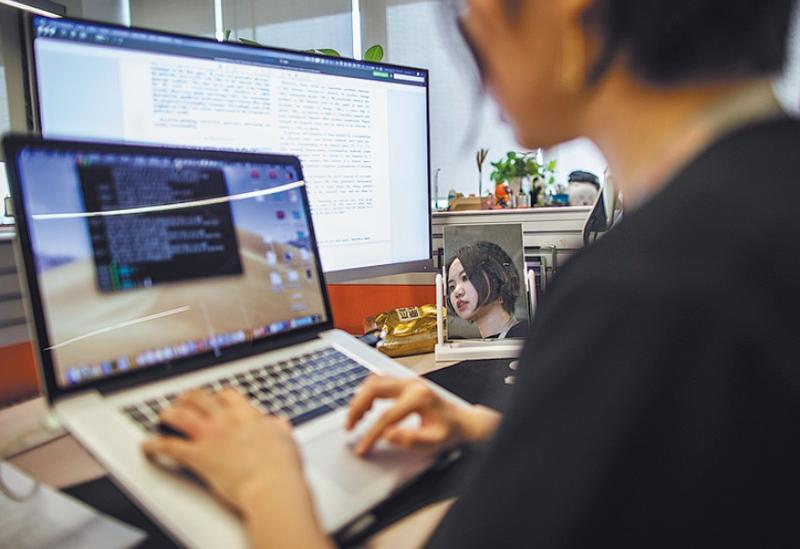 Ran Qing, an engineer with Alibaba Group's algorithm department, at work in her office. (JIN KE / FOR CHINA DAILY)

Hong said the trend of women being a minority in the industry probably started in the days when today's female software engineers were college students.

When she was studying computational mathematics and applied software at college more than two decades ago, the ratio of female to male students in her class was about 1-to-5.

"Traditionally, and even now, fewer women than men study science majors－such as physics, math and computer science－at college. Women, who are generally believed to be more sensitive and emotional, tend to study liberal arts subjects. On that basis, they will find few female peers when they enter the job market," she said.

"What's more, the workload is heavy for software engineers, who have to work overtime from time to time. Some women might leave the industry because they want to spend more time with their families, leading to an even smaller number in the job."

Pu Lei, who runs an IT company in Chengdu, said the number of women employed in the industry is not small, but most are working as user interface designers, software testing engineers and new media operators.

"Very few are working as programmers," he said.

In his opinion, men are usually more interested in computers and programming than women. That's why the industry attracts more males.

"Also, men are better at thinking logically, which many industry insiders believe to be a very important attribute for a good programmer," he said.

Hong sees things differently. "For people who enter the industry, male or female, their abilities－logical analysis or programming techniques－are equally good," she said. "Women being a minority among programmers is about tradition or stereotypes; it's not about a lack of ability."

Wang Yongfu, a computer science lecturer at Wenzhou Kean University in Zhejiang province, said that as the computer, internet and IT industries have developed quickly and become increasingly popular, more people, especially women, have started to show an interest. They are flocking into related majors and seeking employment as programmers when they graduate.

"When I was a computer science student at Wenzhou Kean University about eight years ago, there were at most one or two females among the 20 or so students each year. Now, there is an average of three a year," he said, adding that although the growth in numbers is not yet obvious, the upward trend is definitely there. 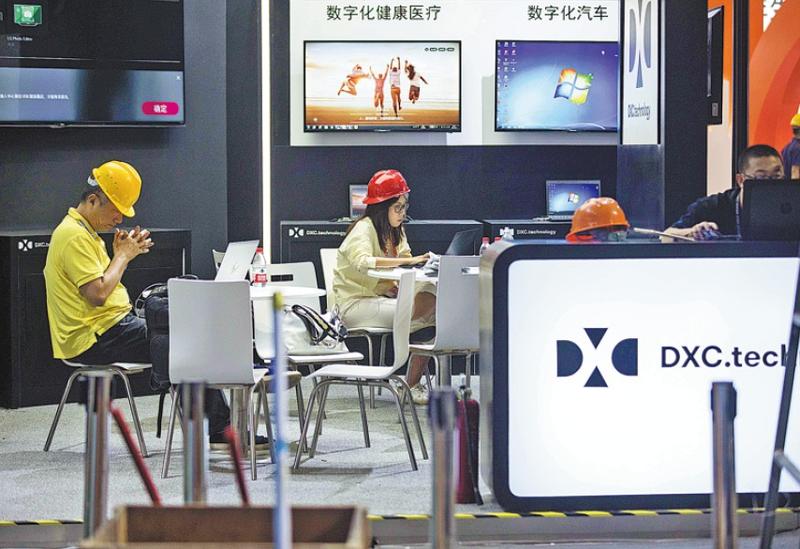 Programmers work overnight to prepare for an online conference in Hangzhou in 2019. (JIN KE / FOR CHINA DAILY)

The 25-year-old, who works for an online education company in Nanjing, capital of Jiangsu province, said she has been interested in computers since childhood and chose the major without hesitation.

"In my eyes, there was a big world behind the small, cube-like computers (at that time). I was curious about how computers and the internet worked and wanted to find out more," she said.

Li Xiaodie, who graduated in software engineering from Chongqing University of Posts and Telecommunications in 2016, said she only opted for the major because one of her cousins told her that it was easier for IT-related graduates to land a good job.

Having worked as a programmer for four years, she knows that her cousin was right.

Unlike many college graduates who have to make great efforts to find work, Li never worries about receiving employment offers as she knows programmers are always in demand.

"Also, with my current salary, I suppose my parents could retire earlier than they had expected," she said with a laugh.

What she didn't expect was that the job, not a choice made out of passion or interest, is fun and brings a sense of achievement.

"Whenever I develop a website or an app and it is put into use, the elation lasts quite a few days," she said. "In addition, the industry changes really quickly and I have to learn about the latest news, knowledge and techniques to keep up. This work-learning cycle keeps me busy, but fulfilled."

Li's colleague Zhou Qian has reached the same destination, but via a completely different route.

Six years ago, the e-commerce graduate landed her first job, as a member of the customer service department at an internet company in Chengdu.

She quickly realized that the job was not ideal for her and wanted to look for a new one.

As she was interested in the internet and computers, and knowing that incomes in the industry were competitive, she signed up for a six-month training course to learn programming skills.

The training helped her cross over from being a customer service employee to a programmer.

Now earning an average of 10,000 yuan (US$1,500) a month, almost double her previous salary, the 28-year-old feels reasonably content.

"The high income is just one factor. What is more meaningful is that every time I encounter a problem at work and figure it out after days of effort, I feel proud of myself," she said.

"Being a programmer makes me feel that my potential is being fully tapped and my talent is being brought into full play."

Though he thinks men have inherent advantages in the world of programming, Pu, the IT business owner in Chengdu, is willing to hire a certain number of women.

"One consideration is to achieve a gender balance. The other is that female programmers are more careful and detail oriented, and products developed by them have fewer bugs," he said.

Li believes that in addition to their careful approach, female programmers have better communication skills than their male peers.

"The development of a product involves a lot of communication, and female programmers can usually communicate more efficiently and effectively using a milder and less direct manner," she said.

The only disadvantage with female programmers, according to Li, is their relatively poor stamina.

"Some people summarize the working pattern of our industry as '9-9-6', which means we need to work from 9 am to 9 pm, six days a week. But the reality is that my work always starts before 9 am, sometimes at 8:30 am, while rarely ending at 9 pm," she said.

Li added that occasionally she has to stay up late or even all night to ensure that tasks are all completed on time, especially when a product gets close to its launch date.

"It's really a challenge for a woman's physical stamina, and maybe also a challenge of spiritual strength," she said.

"On a couple of occasions when I finished work and wanted to make a video call to my parents in the taxi home, I found that it was very late and they were already asleep. That made me a little lonely and homesick.

"Those are the few times I feel jealous of friends who have relatively relaxing and less stressful jobs, such as accountancy or as airline cabin crew. At all other times, I'm happy with my job because it's so rewarding, both materially and intellectually."