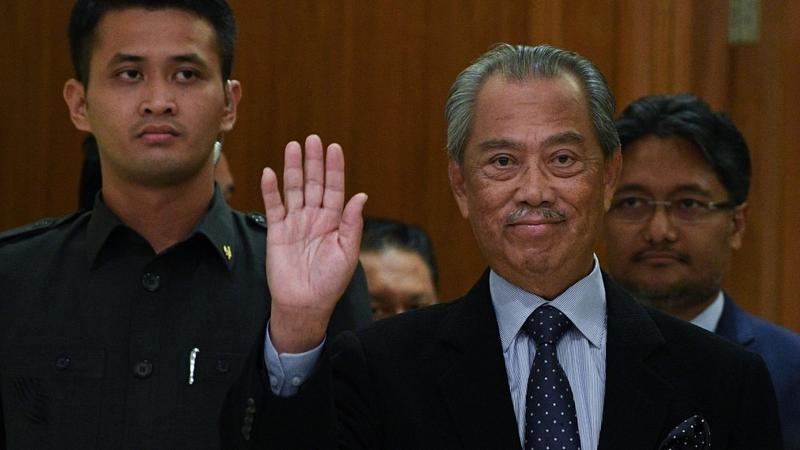 Malaysia Prime Minister Muhyiddin Yassin survived a key test of his leadership on Thursday when he won enough support in parliament for his 2021 budget.

House Speaker Azhar Azizan Harun determined that the budget was passed in a voice vote. Just 13 lawmakers called for votes to be counted individually, fewer than the 15 required for bloc voting to be held. The results will ensure Muhyiddin, who took power in March, remains in office for now as the budget enters a second round of debates next week.

Muhyiddin’s victory on Thursday came after months of pressure on him to prove he commands majority support in parliament. Still, it’s unclear how long he can hang on: His coalition allies have urged him to allow for a confidence motion to be tabled in parliament, and to hold an election once the pandemic is under control.

On Thursday, Finance Minister Tengku Zafrul Abdul Aziz sought to offer an olive branch to lawmakers by adding a slew of proposals from both the ruling coalition and opposition parties. The US$78 billion spending plan for 2021 is set to be the nation’s biggest budget yet.

“We may not be perfect, but we listen,” he said in parliament. “In the coming months, we will continue to listen.”

The main equities index closed at its highest level this year, as investors cheered the passage of the budget. The ringgit rose 0.5 percent to 4.0650, its strongest level against the dollar in 10 months, while sovereign bonds held losses.

Opposition leader Anwar Ibrahim said the budget would continue to be scrutinized next week and the opposition would call for individual voting, if necessary.

“It’s still too early for them to celebrate excessively,” he said.

Muhyiddin had been on shaky ground prior to the vote: In July, he was able to replace the lower house speaker by a majority of just two votes. He had suffered a loss of prestige last month when Malaysia’s king rejected his request to declare a state of emergency to tackle the pandemic, which would’ve allowed him to pass the budget without approval from lawmakers.

Losing the budget vote would’ve been unprecedented for a sitting prime minister in Malaysia. Other Westminster parliamentary democracies have established that the defeat of a supply bill amounts to a loss of confidence, Deputy House Speaker Azalina Othman Said wrote on her website.

The monarch thanked lawmakers for supporting the budget in parliament, the palace said in a statement.

Muhyiddin still faces more challenges in the next few weeks. The supply bill will enter the “committee stage” on Monday, which means several more rounds of voting as the lower house scrutinizes each portion of the bill until it finally adjourns for the year on Dec. 15.

If parliament doesn’t agree to a spending plan before the end of this year, only about 20 percent of the original budget alloted for pensions and debt servicing can be spent without the legislative assembly’s nod, analysts at Maybank wrote in a note.

Beyond the budget, the prime minister is also facing increasing pressure from allies to test his support either through an election or in parliament. Motions of confidence filed by various lawmakers have been buried at the bottom of the order paper due to government matters taking precedence.

“The government should make it a priority to bring a motion of confidence into this noble house,” said UMNO president Ahmad Zahid Hamidi, the head of a key ruling coalition ally, during the budget debate last week. “The mandate comes from the people, so the mandate should be returned to the people.”