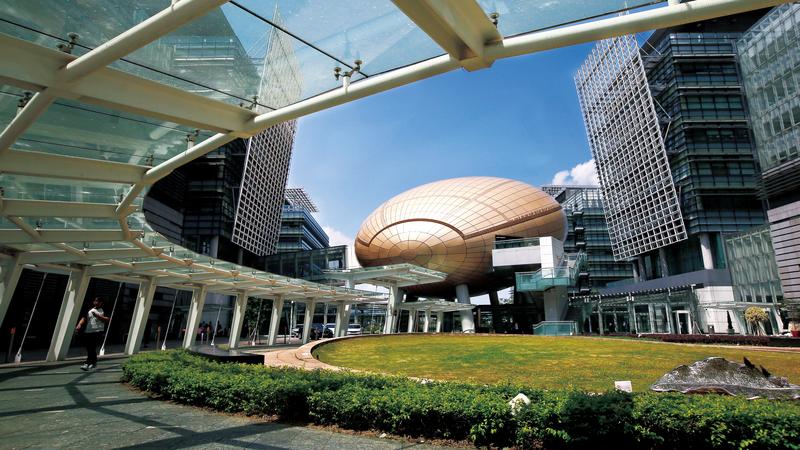 Riding high on the great synergy of a successful merger of research and development organizations and cross-boundary cooperation across the Guangdong-Hong Kong-Macao Greater Bay Area, Hong Kong looks to sharpen its technological edge for a part in the next big story unfolding in the post-pandemic era, says Winnie Tang Shuk-ming, founder and honorary president of Smart City Consortium.

With a whole package of relief measures to diversify the local COVID-19-battered economy, what matters in the long run, from the technology sector’s perspective, is to “facilitate merging, listing and financing” of innovative science and technology organizations, such as Science and Technology Parks Corporation (including Hong Kong Science Park and several industrial villages), Cyberport and the Hong Kong Applied Science and Technology Research Institute, Tang told China Daily on the sidelines of the "Greater Bay Area Conference — GBA: The Way Forward".

If the three major research and development organizations in the city could be consolidated as one, it would further boost Hong Kong’s scientific research power in advanced technologies like artificial intelligence, internet of things and big data.

“If the three major research and development organizations in the city could be consolidated as one, it would further boost Hong Kong’s scientific research power in advanced technologies like artificial intelligence, internet of things and big data,” said Tang, adding that the three organizations are well positioned to complement each other “as Science Park is good at biomedical technology while Cyberport is strong in financial technology”.

She firmly believes that the synergy of merger also makes resource utilization and administrative management more effective. If the organization is further listed in the stock exchange, she points out, it’s expected to earn a return from years of investment, and also reduce the government’s financial burden.

Tang highlighted the vivid example of the Toll Revenue Bond of the five tunnels and one bridge (Aberdeen Tunnel, Cross Harbour Tunnel, Lion Rock Tunnel, Shing Mun Tunnels, Tseung Kwan O Tunnel and Lantau Link) in 2004, which turned infrastructures from government assets into financial products that can be bought by and sold to the public.

“The three-in-one plan of R&D institutions not only provides international institutional investors and retail investors with a choice, but also expands the local capital market and perfects the ecosystem of innovation and technology,” she said.

Yet, a successful merger is always full of challenges. “In a poor merger, like that between the Mass Transit Railway and Kowloon-Canton Railway as cited by local economists, the harm could be greater than the merits because of the lack of operation efficiency from different systems,” she stressed.

Great synergy also comes from cross-boundary collaboration between Hong Kong and Shenzhen, as well as other neighboring cities across the Bay Area in the technology field.

Tang believes that Hong Kong and Shenzhen, the pair of core engines in the Bay Area, are well placed to capitalize on their competitive edges to join hands

Tang believes that Hong Kong and Shenzhen, the pair of core engines in the Bay Area, are well placed to capitalize on their competitive edges to join hands.

Hong Kong is well known in scientific research, such as artificial intelligence, and ranked 12th worldwide, while the Chinese mainland came in fifth place among 54 countries and economies, according to the 2020 edition of Top Scientists Ranking for Computer Science and Electronics.

Hong Kong is also strong in attracting capital across the globe. Last year, 183 companies were newly listed on the Hong Kong Stock Exchange, raising funds of HK$312 billion (US$40.2 billion) — the highest globally in fundraising for the seventh time in 11 years.

Hailed as the Silicon Valley of the world’s second-largest economy, Shenzhen, on the other hand, has a large pool of innovation-technology talent, Tang noted.

“It’s suggested that Hong Kong assumes the role of primary research and development, while cooperating with the production establishments in Bay Area cities, such as Shenzhen, so that commercialization can be realized,” she said. “In other words, we leverage the technology development and industrial capabilities of Bay Area cities, while Hong Kong remains as the driver, just like the inter-dependency between Stanford University and Silicon Valley in the US.”