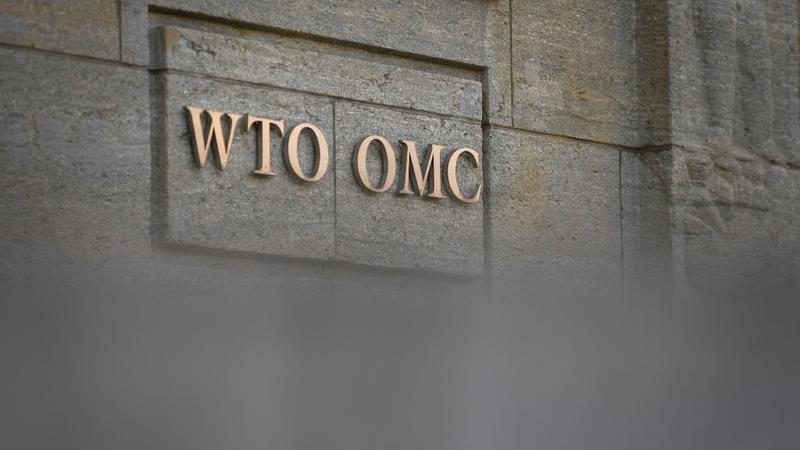 A picture taken on July 23, 2020 shows a sign at the entrance of the World Trade Organization (WTO) prior to a general council in Geneva. (Fabrice COFFRINI / AFP)

GENEVA - The World Trade Organization (WTO) on Friday postponed a General Council special meeting on the appointment of the next director-general slated for Nov 9, citing reasons including "health situation and current events."

"It has come to my attention that for reasons including the health situation and current events, delegations will not be in a position to take a formal decision on Nov 9," General Council Chair David Walker of New Zealand said in a written statement to all members.

"I am therefore postponing this meeting until further notice during which period I will continue to undertake consultations with delegations," Walker added.

On Oct 28, Walker told WTO members at a Heads-of-Delegation meeting that based on their consultations with all delegations, the candidate best poised to attain consensus and become the new director-general was Ngozi Okonjo-Iweala of Nigeria.

"She clearly carried the largest support by members in the final round and she clearly enjoyed broad support from members from all levels of development and all geographic regions and has done so throughout the process," Walker said.

He added that a formal decision had to be taken by the members at a General Council meeting, originally scheduled for Nov 9.

But the assessment was challenged by the United States, which said it would continue to support South Korea's Minister for Trade Yoo Myung-hee and could not back the candidacy of Okonjo-Iweala.

Since early October, Okonjo-Iweala had been facing off against Yoo in the final round of race to become the new director-general of WTO. If selected, Okonjo-Iweala would become the first woman and African to head the global trade watchdog in its 25-year history.

The WTO's leadership vacuum was created after its former chief Roberto Azevedo stepped down on Aug 31, a year before the end of his official term. The organization is currently being steered by four deputies.