Voters taking no chances in US poll dash

By AI HEPING in New York 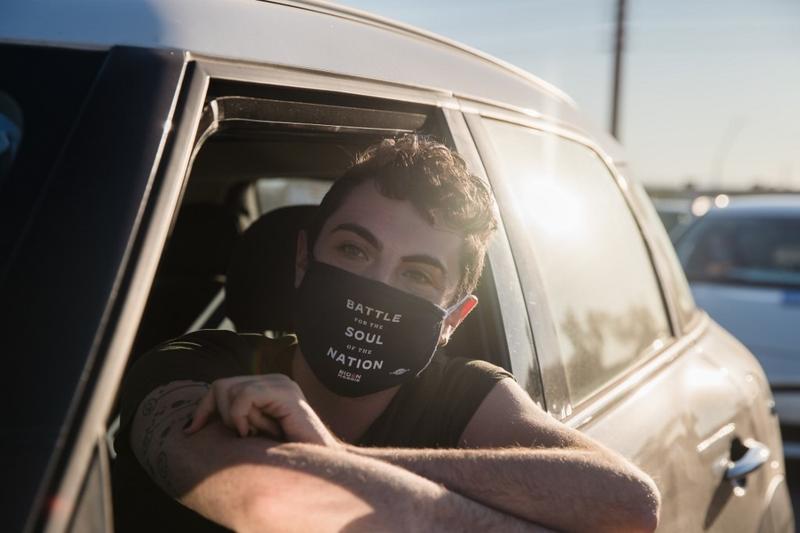 With the US presidential election less than a week away, more than 70 million votes have already been cast, surpassing the 58.3 million pre-election votes in 2016, in a trend that could bring the highest voter turnout in more than a century.

Voters' concerns over catching the coronavirus, which has killed around 225,000 people in the United States, the fear of postal delays for mailed-in ballots－as well as deep-seated passions on each side for the favored candidate－have contributed to the early voting numbers.

Voters' concerns over catching the coronavirus, which has killed around 225,000 people in the United States, the fear of postal delays for mailed-in ballots－as well as deep-seated passions on each side for the favored candidate－have contributed to the early voting numbers

Michael McDonald, the University of Florida professor who administers the US Elections Project, predicted a record voter turnout of about 150 million, representing 65 percent of those eligible to vote, the highest rate since 1908.

The huge volume of mail ballots－more than 46.8 million had been cast as of Tuesday－could take days or weeks to tally, experts say, meaning a winner might not be declared the night of Nov 3, when polls close.

In 16 of 19 states that provide such data, Democrats far outnumber Republicans. But campaign managers for US President Donald Trump and Democratic challenger Joe Biden, as well as various polls, show the gap between the two is closing, especially in key battleground states. Both political parties say more Republicans than Democrats are expected to vote on election day.

On Monday, Trump campaign manager Bill Stepien told reporters that the president will win the election day vote easily, in part because of an extensive get-out-the-vote operation.

The Washington Post reported on Tuesday that a person close to the Biden campaign, who spoke on the condition of anonymity, said it's "absolutely possible" for Trump to catch up on Nov 3.

"The early vote is showing two things: We're clearly headed to record-level turnout, nationally and likely in just about every state," said Tom Bonier, the head of TargetSmart, a Democratic data firm. "And it's clearly showing us that Democrats are highly engaged and will be themselves setting record levels of turnout."

Bonier stressed that Republicans are also motivated to vote. "The open question," he said, "is whether that level of Republican engagement and enthusiasm can match or exceed (that of) Democrats. That's the part of the equation that we can't solve until election day."

In Florida, one of the key battleground states, people have been voting for more than a week, and election supervisors said they expect potentially 60 percent of the state's registered voters to cast ballots before the election.

Voting is high in other battleground states, according to election officials: Texas has already received nearly 87 percent of the votes it counted in the 2016 election; North Carolina 72 percent; and Georgia 71 percent.

Trump has lobbied early voters who backed Biden to change their votes for him. Some states, including Michigan and Wisconsin, do allow voters to "spoil" their ballots and vote again in some cases.

"Strongly Trending (Google) since immediately after the second debate is CAN I CHANGE MY VOTE? This refers changing it to me. The answer in most states is YES," Trump tweeted on Tuesday.

Clerks have asked Wisconsin's high court to issue an order that would allow them to ensure votes are counted despite a misprint on tens of thousands of ballots.

On Monday, a divided US Supreme Court said that mail-in ballots in Wisconsin could be counted only if they are received by election day. Democrats in the state had asked the court to allow the counting of ballots that arrive up to six days after election day if they were postmarked by Nov 3.

The ruling was 5-3, coming just before the Senate voted to add Judge Amy Coney Barrett to the court. Election officials say black voters have tuned out in large numbers in Georgia and North Carolina, where Democrats are hoping to pick up Senate seats.