M'sia's Muhyiddin gets reprieve from key ally in political crisis 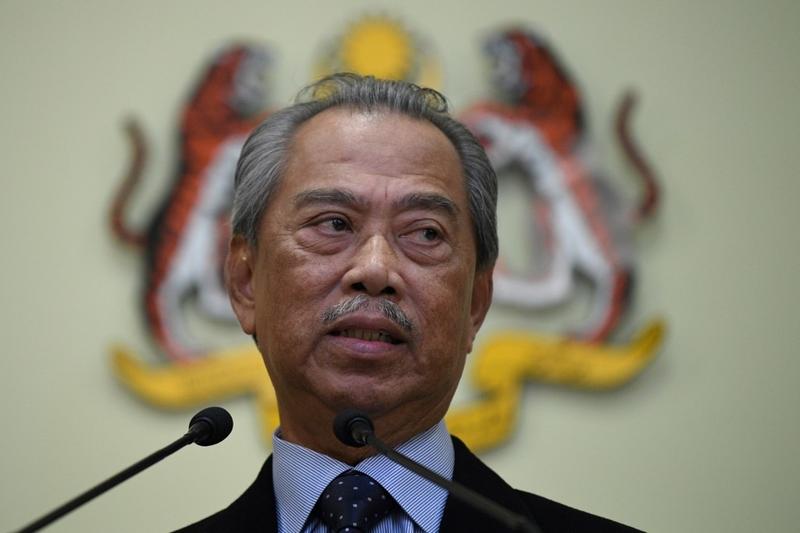 The largest party in Malaysia’s ruling coalition has declared its support for Prime Minister Muhyiddin Yassin, providing some respite for the premier as he faces calls to resign after a failed bid to impose an emergency to tackle the coronavirus.

Calls for Prime Minister Muhyiddin Yassin to resign grew after the king on Sunday rejected his request for a declaration of emergency rule, which followed a challenge to his leadership

Muhyiddin, who has a thin majority in parliament, is under pressure from unhappy coalition partners who have demanded more powerful positions while a resurgence in novel coronavirus cases batters the economy.

Calls for Muhyiddin to resign grew after the king on Sunday rejected his request for a declaration of emergency rule, which followed a challenge to his leadership.

Critics have accused the premier of using the pandemic as an excuse to suspend parliament and avoid a test of his majority.

The United Malays National Organisation (UMNO) party, which had this month threatened to withdraw support for Muhyiddin, said it would now back him as the time had come for reconciliation to ensure stability and to focus on managing the pandemic.

Malaysian shares rose on Tuesday after the UMNO decision to back the government. The benchmark KLSE equity index was 0.6 percent higher while the ringgit held steady at 4.163 to the dollar.

UMNO also said it would not work with opposition leader Anwar Ibrahim’s party, rejecting a proposal to do so from a former premier, and now-ruling party lawmaker, Najib Razak.

Last month, Anwar declared he had secured majority support in parliament to form a new government, sparking the latest round of wrangling.

In a Monday meeting of the former ruling Barisan Nasional coalition led by UMNO, Najib asked lawmakers in the alliance to endorse Anwar, three sources familiar with the matter said.

Najib’s backing of Anwar marked a striking turnaround in their relationship. Anwar was one of the key leaders in a coalition that defeated Najib in a historic 2018 election.

Anwar said in a statement his People’s Justice Party was willing to work with any politician free of corruption and abuse of power.

“Any effort to return the people’s mandate must be centered on upholding the dignity of race and country without jeopardizing principles, struggles and idealism,” Anwar said.

READ MORE: Muhyiddin Yassin sworn in as M'sia PM as Mahathir forced out

Muhyiddin has maintained a tenuous alliance with UMNO, whose backing was key in his bid to secure the premiership in March after the collapse of an administration led by veteran politician Mahathir Mohamad.

Leaders in UMNO, which had led the country for more than 60 years until its election defeat in 2018, have balked at playing second fiddle to Muhyiddin’s party. Some of UMNO’s corruption-tainted leaders, including Najib, have been trying to revive their political fortunes.