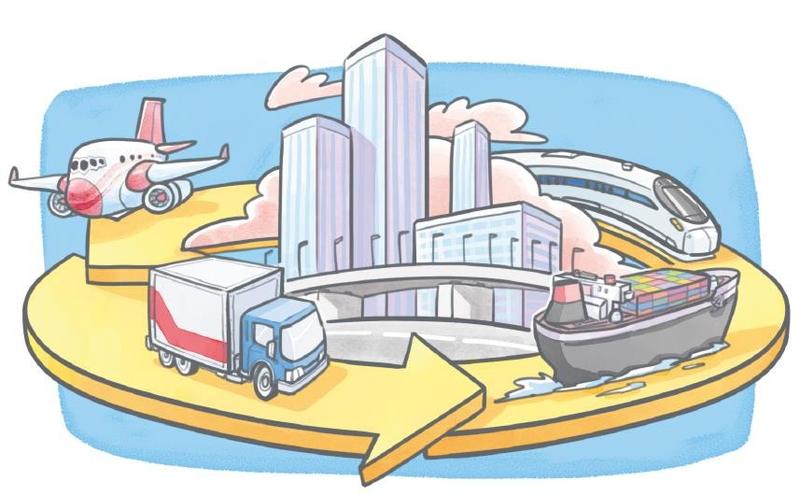 Major economies around the world are all exploring innovation in macroeconomic policy in face of current domestic and international uncertainties.

First and foremost, support for a development strategy for the western region should be intensified. Second, the old industrial base in Northeast China should be revitalized. Third, policy innovation is needed to address regional financing problems. Fourth, land policy is due for further innovation. Fifth and last, policy support for a law-based society should be beefed up

Given the past experience of China's reform and opening-up, the nation cannot ignore the important role of policy innovation, which does not necessarily mean reform.

Well, reform is mainly about development direction, strategy and other long-term fundamental issues. Policy innovation is about short-term problems, and techniques used to solve them.

Economic development of a region within a large country requires more policy innovation now. Development strategies used in the past in various zones and "new areas" no longer appear like policy incentives nor would they result in accumulation of production factors.

So, the following five key areas should be boosted with policy innovation during the 14th Five-Year Plan period (2021-25).

In recent years, I have led many teams to the Xinjiang Uygur autonomous region to actively participate in poverty alleviation.

I feel that the vast region's underdevelopment is mainly due to a relatively small population, poor transportation networks and a lack of high-end talent. This makes the task of narrowing the developmental gap between China's eastern and western regions difficult.

This in turn makes the task of upgrading people in China's western regions, so as to put them on a par with people in the eastern region by 2035, arduous.

Will the 14th Five-Year Plan recognize that accelerating the development of the western region is a tough task? More so because it is also an important measure to realize domestic circulation as part of the "dual circulation" development pattern.

So, more policy innovation is needed. We cannot rely on yesteryear strategies like developing development zones and seeking assistance from other provinces or regions.

Instead, the key is to attract talent, capital and other production factors to China's western region.

Before doing all that, world-class roads, highways and other transportation networks must be built first. It is necessary to increase greening and transform the ecology before people from other parts could move in to add value to the region. In this context, the Inner Mongolia autonomous region could be a good role model.

How was China's infrastructure developed in the past? The most important point was reliance on policy innovation.

Back in 1998, the development of expressways was the main driving force for domestic demand. However, according to the general loan regulations at that time, it was impossible for banks to lend to firms involved in highway construction projects.

At that time, the securities market was underdeveloped and it was difficult to complete financing through bond issuance or equity. At that time, experts recommended the implementation of toll rights, pledged loans, thus helping projects to become highways in less than 10 years. People and agencies tasked with the development of China's western region need to study such policy innovations.

Given that the western part of China faces bottlenecks in financing, heavy government debt, and low credit ratings, the task of increasing credit and cultivating growth-generating mechanisms through policy innovation assumes significance.

A development bank focused on the western region and bonds whose proceeds can be used for funding development in the region are among the suggestions made by experts.

Second, the old industrial base in Northeast China should be revitalized. In the eastern part of China, it is a different story, as the area is abundant with resources and boasts a strong manufacturing base. The main problem is not financing but the local economic structure.

Can we build a northern version of Sanya, Hainan province, in Northeast China? Sanya has been a winter resort for people, where many Chinese tend to own their second homes.

Such people live in Sanya for only three months in a year, but that is enough to bring huge development to the city.

How to make better use of the grassland to produce good cattle and sheep? Nowadays, supplies of high-quality beef and mutton rely more and more on imports. Traditional high-quality cattle and sheep in the Xinjiang Uygur and Inner Mongolia autonomous regions are decreasing.

In fact, the improvement of sheep breeds and grass varieties can greatly optimize and improve resource conservation and production efficiency.

A friend of mine set up an experimental field in the Xiongan New Area (which aims to facilitate the integration of Beijing, Tianjin, and Hebei province). He scientifically selected grass varieties and cattle and sheep breeds, and has been able to raise sheep using two hectares of pasture.

Although China is self-sufficient in food, heavy imports of soybeans and meat suggest the nation also relies heavily on the outside world. While reliance on the rest of the world for high-tech, new materials, and key parts and components is understandable, what may be more important is to study how to reduce dependence on foreign countries for many of China's resources, including grain.

The whole world is facing the problem of increasing debt burden caused by additional liquidity injected by central banks, in response to the peculiar needs triggered by the COVID-19 pandemic.

In particular, it is necessary to increase research on financing innovation policies amid high debt.

Accelerating the development of a mixed economy may also be fundamental to resolving the regional debt problem and reducing financing costs.

Research is underway to figure out how to develop a mixed economy investment fund. An encouraging start has been made with venture capital funds, infrastructure investment funds, and real estate investment trusts or REITs.

But China does not yet have a buyout fund. Through mixed economy, central enterprises need to introduce private capital to optimize their operations, systems and management, and private enterprises also need State-owned enterprises' funds to increase credit and reduce costs.

Fourth, land policy is due for further innovation. Although the current policy has attracted some criticism, the fact remains that it has been one of the most important supporting policies for regional economic development in the past few decades.

I was part of a team that researched policy for the development of Pudong in Shanghai. Major development has since been witnessed there in just six to seven years.

During interactions with the research team, Shanghai residents underscored policy innovation. In response, every year, we gave Pudong a certain scale of fixed asset loans, bonds, and foreign capital. That helped a great deal, and results are there to see now.

Excessive reliance on charismatic regional personalities or inefficient government departments had bred corruption in the past. In 2012, the 18th National Congress of the Communist Party of China determined that the goal of the next stage of reforms is to establish a modern governance system.

The writer is vice-president of the China Society of Economic Reform.