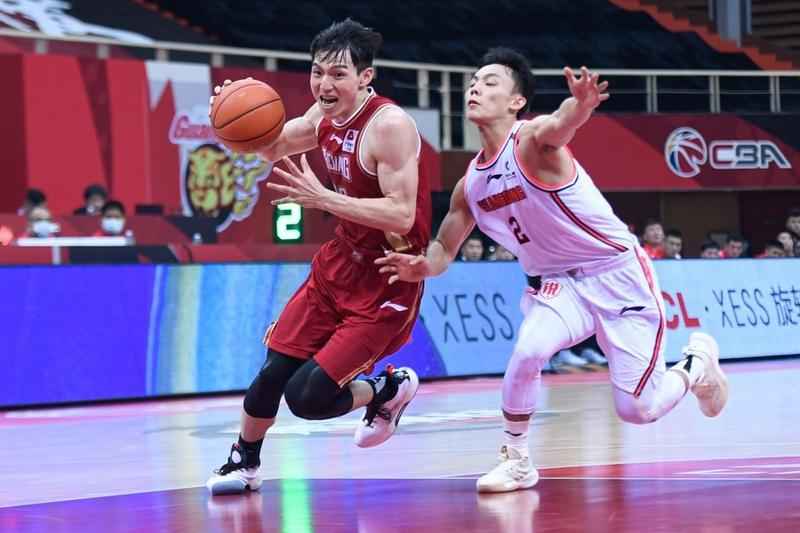 Zhejiang started the game with a 40-21 first quarter. In the second half, the deficit increased to more than 30 points.

Guangdong played without Yi Jianlian, last season's Most Valuable Player of the league.

Liu Zeyi and Cheng Shuaipeng had 25 points each for Zhejiang.

Qingdao Eagles beat Jiangsu Dragons on Saturday, winning the opener of the 2020-21 season.

Qingdao shooter Zhang Chengyu had a game-best 28 points, including 18 in the first half. Young center Liu Chuanxing contributed 11 rebounds.

Qingdao made as many as 20 turnovers throughout the game, while Jiangsu made even two more.

"Coaching a CBA team isn't any easier than coaching the national team, and sometimes even harder," said Li.

"It's a young team. No one is happy about losing. I hope we can move forward and get the team to a higher level."