Esports heats up in Southeast Asia

Players from China and Thailand go head-to-head in Arena of Valor at the 2018 Asian Games in Jakarta, Indonesia. (ZHANG JINJIA / XINHUA)

The retirement of Chinese esports player Jian Zihao, better known as “Uzi”, triggered a flood of tributes from millions of fans worldwide.

The Royal Never Give Up team, with whom he began his professional career in 2012, posted on Twitter that the 23-year-old had been its “heart and soul” and “an icon in the esports world as a whole”.

On June 3, Jian cited medical reasons for his retirement. He suffered from chronic hand and shoulder problems after eight years of high-intensity training. In an interview with sponsor Nike, he said that according to doctors, his arms are like those of someone twice his age.

While China is the world’s biggest market for esports, Southeast Asia is catching up fast. Playing video games has become widely popular in the region, where favorable government policies and corporate support have helped nurture the growing industry.

In addition to those playing esports as a hobby, professional players aspire to become world champions.

After leaving school, he turned his hobby into a budding sideline career.

Yee, a 20-something project manager, organizes esports events in Brunei, where Defense of the Ancients is popular with teenagers, and manages a team that has won regional tournaments.

Last year, he co-founded the Esports Association of Brunei, the sultanate’s first body for the activity. One of its goals is to develop a core group of professional e-athletes to represent Brunei in international competitions. 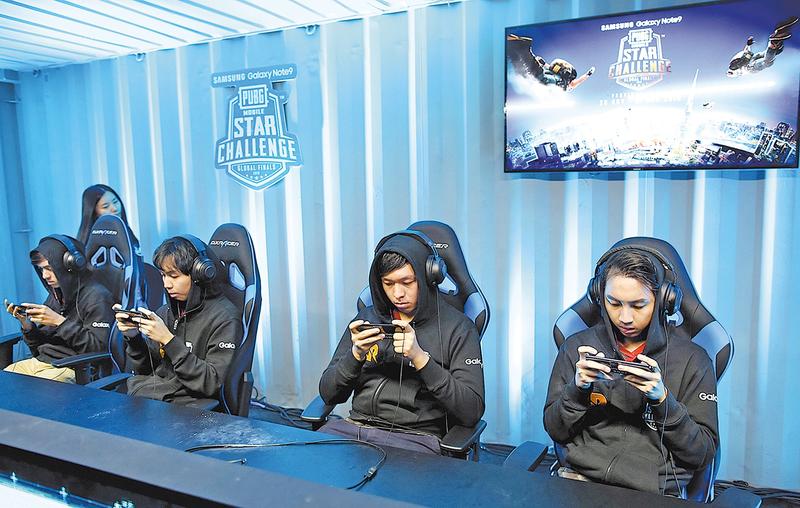 Contestants engage in PlayerUnknown’s Battlegrounds Mobile at the tournament in Dubai. (PHOTO / XINHUA)

Yee is grateful to the sultanate’s Ministry of Culture, Youth and Sports for supporting the formation of an esports association, and to local companies that have sponsored tournaments.

“We hope we can repay this support by winning medals for the country as well as producing competitive players for a professional team in the near future,” he said.

Insiders said the debut of esports as a medal event at the 2019 Southeast Asian Games in Manila, the Philippine capital, boosted regional interest in the industry. The Games ran from Nov 30 to Dec 11.

Alvin Juban, the Philippines’ esports national team manager, said: “The successful hosting of esports at the SEA Games was a bright spot in the digital history of the Philippines.”

He expects more high-profile tournaments to be held in the region.

“More participation will be encouraged, for sure,” said Muhammad Farouq, head of communications at the National Esports Association of Malaysia. Also known as Esports Malaysia, the association is the national governing body for electronic sports and is registered with the Malaysian Sports Commission.

Farouq said it will require a collective effort to gain the confidence of the government and private sector to take a serious look at esports as it is still a relatively new industry.

According to global market research company Niko Partners, esports is the “leading driver of growth” in the games industry in Southeast Asia. It said 95 percent of gamers in the region play esports on personal computers. 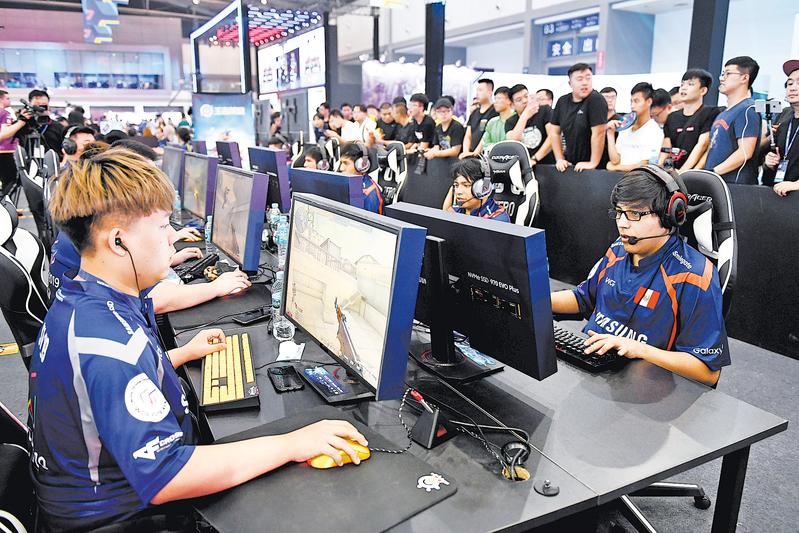 The company forecasts that PC and mobile games revenues for Southeast Asia and China’s Taiwan will grow from US$5 billion last year to more than US$8.3 billion in 2023. The number of mobile gamers is expected to rise from 227 million to 290.2 million during the same period; likewise, the number of PC gamers is predicted to grow from 154.3 million to 186.3 million.

Niko Partners said the popularity of esports has boosted purchases of personal computers, gaming hardware and accessories. Meanwhile, internet cafes have invested in high-quality PCs and accessories to attract players.

In April last year, more than 230,000 people attended Garena World, the company’s flagship esports tournament, in Bangkok, Thailand. There was a prize pool of more than US$500 million and the competition featured Arena of Valor, an online game jointly published by Garena.

Numerous examples of policies supporting esports development can be found in the region. The sport is officially recognized by countries including the Philippines, Thailand, Malaysia and Singapore.

Last year, the Indonesian Esports Premier League worked with the country’s Presidential Staff Office, the Creative Economy Agency, the Youth and Sports Ministry and the Communications and Informatics Ministry to organize the first Esports President’s Cup. More than 3,000 gamers took part in the tournament, which was held in Jakarta.

In the Philippines, the country’s Olympic committee supported setting up a national governing body to promote esports. Launched in 2018, the Esports National Association of the Philippines recruited members for the national team that won gold medals at the Southeast Asian Games last year.

Darang Candra, Niko Partners’ head of esports research, said Asia was the first region to “mainstream” esports. Even before it became a medal event at the 2019 SEA Games, it featured as an exhibition sport at the 2018 Asian Games in Jakarta. 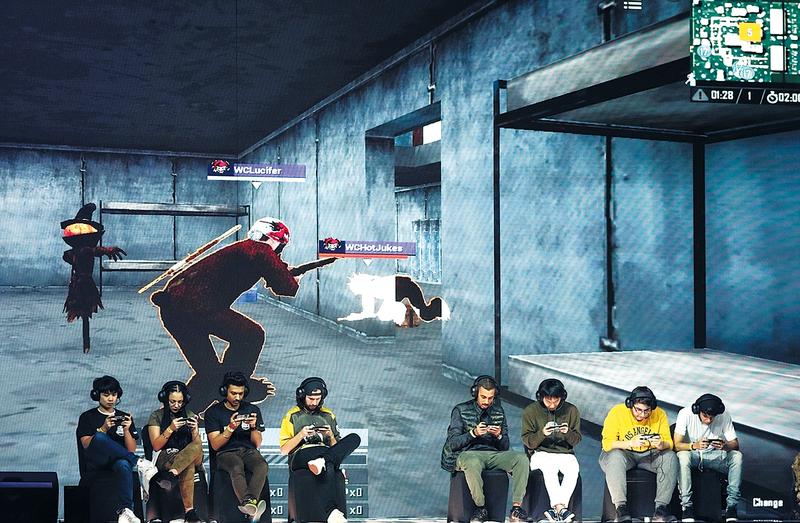 Candra said the passion for esports in Asia can be compared with the popularity of traditional stadium sports in the West, and in addition to attending tournaments, many fans watch live-streamed events. He added that the most successful video games are those that encourage more engagement and a sense of community among e-athletes and their supporters.

Candra said Indonesia, the Philippines and Vietnam are the biggest esports markets in the region. The three countries have growing economies and young populations — the main consumers of video games. Most gamers are ages 15 to 25.

Candra said internet connectivity has also contributed to the growth of esports in Southeast Asia.

The Philippines’ Juban said: “The region has seen a large growth spurt in terms of video games production, consumption and now, competition.”

He said the proliferation of internet cafes in the early 2000s “created a user base not only for surfing and social media but for games consumption as well”.

However, internet cafes, which once contributed to the growth of the region’s esports community, may soon give way to smartphones.

According to market research companies, mobile gaming is the future for Southeast Asia’s esports, given the affordability of phones.

Newzoo, a company based in Amsterdam, the Netherlands, that specializes in games and esports research, said 67 percent of Southeast Asia’s games revenue comes from mobile games.

Niko Partners said there were 527 million smartphone users in the Greater Southeast Asian Region last year — a figure that will grow to 679 million by 2023.

Some 40 percent of these smartphone users play mobile games, and the launch of fifth generation wireless technology, or 5G, is expected to boost mobile gaming.

Niko Partners predicts that revenue from mobile gaming alone in the region will rise from US$2.89 billion last year to US$5.20 billion in 2023.