We’ll all be part of the growth story

By Chai Hua and Zhou Mo

President’s call for deeper integration and cooperation in the Bay Area hailed as exciting, promising for business, with increased capital flow and opportunities for investors and enterprises. Chai Hua and Zhou Mo report from Shenzhen. 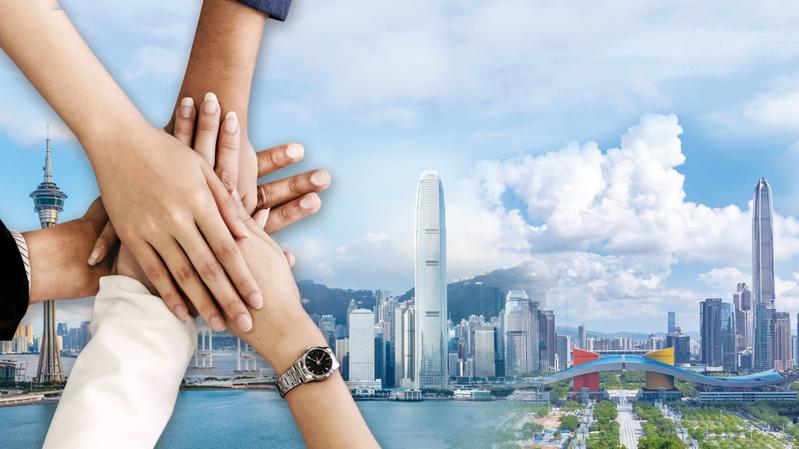 President Xi Jinping’s call for deeper integration of Hong Kong, Macao and the mainland in the development of the Guangdong-Hong Kong-Macao Greater Bay Area, with Shenzhen as an important engine for growth, has won kudos from Hong Kong and foreign entrepreneurs, as well as academics and diplomats, on both sides of the boundary.

The president’s directives, made at a grand gathering in Shenzhen on Wednesday celebrating the city’s 40th year as the site of the nation’s first special economic zone, augur well not only for the region in terms of capital flow and investment, but also for Hong Kong in taking maximum advantage of its unique status as a global financial hub.

They said Xi’s address has lifted their confidence in further integration between Hong Kong and Shenzhen whose synergistic cooperation will be mutually beneficial to both cities.

Xi lauded Shenzhen’s spectacular rise from an economic backwater to an “influential global metropolis” in just four decades as a “miracle” that many developed cities have taken 100 years to attain. He listed Shenzhen’s 10 valuable experiences, including implementing the fundamental principle of “one country, two systems” in a comprehensive and accurate way and promoting the integrated development of the Chinese mainland, Hong Kong and Macao.

The latest World Bank report estimated Shenzhen’s GDP at almost 2.7 trillion yuan (US$401.1 billion) in 2019 compared with US$366 billion for Hong Kong and US$372 billion for Singapore, with the value of the new economy accounting for over 60 percent of Shenzhen’s GDP.

“We should seize the major historic opportunities in developing the Bay Area, and promote the alignment of economic regulations and mechanisms of Guangdong, Hong Kong and Macao,” Xi said, while calling for more exchanges and in-depth integration among young people that will also foster a sense of belonging to the motherland.

“The president’s speech signaled the goodwill of synergizing cooperation between Shenzhen and Hong Kong,” said Richard Cullen, a visiting law professor at the University of Hong Kong.

“Good opportunities are in store for Hong Kong,” he opined. “It’s better to get on board early to take full advantage of them.”

As a professional in the legal sector, Cullen said that the demand for cross-boundary legal practitioners has been on the rise, especially for intellectual-property-protection lawyers in the special administrative region, which has always been one of the city’s strengths. “This isn’t something that can be done at the click of your fingers.”

He said it would be a surprise if cross-boundary legal activities fail to gain ground over the next 10 to 20 years.

According to Cullen, the University of Hong Kong has been proactive with plans to team up with a prominent law school in Beijing to design a six-year joint study program for legal practitioners and scholars from both sides. 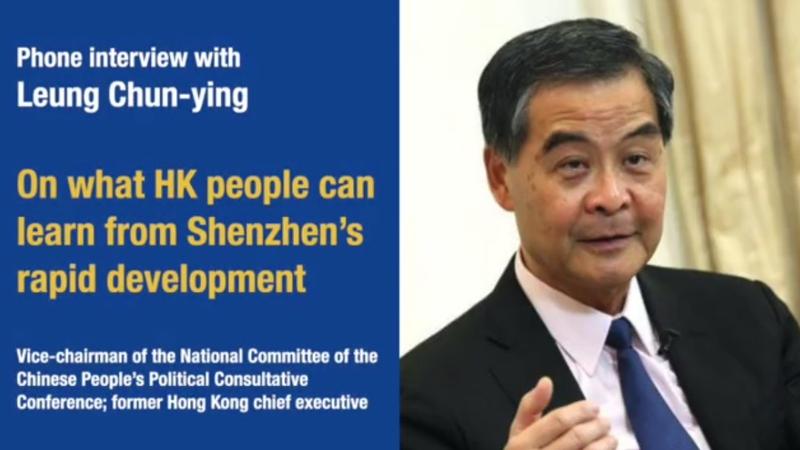 The positive response to Xi’s remarks is in stark contrast to the nervousness expressed in certain quarters that the meteoric rise of Shenzhen, dubbed “China’s Silicon Valley” and the region’s technology and innovation pivot, would see Hong Kong lose its competitiveness and become marginalized. The reverse should be true as stepped-up integration and collaboration in the Bay Area will go a long way to help the region realize its goal of becoming a world financial and technological powerhouse over the next two decades.

Hong Kong business magnate Allan Zeman confronted the doomsayers, saying he’s confident that Hong Kong will reap the fruits of Shenzhen’s new policies as both cities are the lynchpin in the advancement of the 11-city cluster.

“Some people are worried Hong Kong will lose out or be marginalized by Shenzhen’s spectacular development. I really don’t think so. We’re like brothers and sisters from the same family. We do have our own strengths,” said Zeman, who helms Lan Kwai Fong Holdings, the company that operates the namesake nightlife spot.

As a “key engine” in the Bay Area’s development, Shenzhen has an edge in digital technology, he said.

“Shenzhen has been focusing on technology and innovation for years, with many tech giants like Huawei, Tencent and DJI having put down their roots in the city. And I believe all the other cities do share the fruits of Shenzhen’s technology progress.”

Hong Kong, with a sound international reputation in financial services, has been playing the role of a two-way bridge, constantly helping mainland businesses in “going global” and bringing in capital, Zeman said. Hong Kong also lends a hand to the nation’s financial market operations, as well as the internationalization of the renminbi in a risk-controlled environment.

Xi said compatriots in Hong Kong, Macao and Taiwan, as well as those from overseas, are encouraged to play vital roles in the region’s investment, entrepreneurship and opening-up.

Zeman said he expects capital flow into the Bay Area to intensify as its development gathers momentum. “In the next few years, as the Bay Area becomes more and more solid, I think it’ll attract more funds from everywhere. Everybody wants to be a part of the growth story. No businesspeople would want to miss out.”

He suggested that Hong Kong should “change” to find its new role in the region’s development although it won’t be easy to adapt given the SAR’s long history of success. “But it’s the best way to keep its prosperity.”

The synergy of Shenzhen and Hong Kong is bringing in a steady flow of international talents, he said.

The British consul-general Guangzhou, Jo Hawley, said she’s happy to hear Xi’s emphasis on international partners and the rule of law being the key components for the region’s future development.

Brian Hirsh, chief executive officer of Brightwood — a Shenzhen-based startup that helps hotels to use data to raise revenue and improve guest experience — said he’s excited about a future in which the entire Bay Area can work more closely to unite the strengths of each area and create opportunities for the region to go forward.

“I would love to see Shenzhen’s innovation prowess help the tech community in Hong Kong to grow as well.”

Edith Lu and Li Bingcun contributed to this story.