PLA urges US to stop stirring up trouble in Taiwan Straits 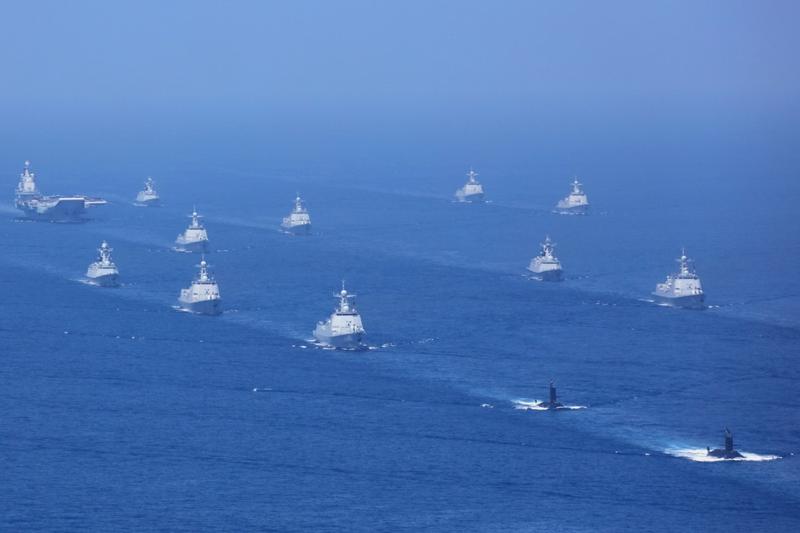 Recently, the US has been routinely sending the wrong message to Taiwan separatist forces, and has severely damaged peace and stability in the region.

"Recently, the US has been routinely sending the wrong message to Taiwan separatist forces, and has severely damaged peace and stability in the region," he said. "We solemnly warn the US to stop stirring up trouble in the Taiwan Straits with its rhetoric and actions."

The PLA Eastern Theater Command would remain on high alert, and will resolutely safeguard national sovereignty and territorial integrity, as well as peace and stability in the Taiwan Straits region, he added.

Experts said the island's pro-secession Democratic Progressive Party is "delusional and fooling themselves" by believing the US will keep supporting its separatist agenda and even military confrontation with the Chinese mainland so long as Taiwan can pay up by purchasing US weapons and goods.

Last week, US National Security Adviser Robert O'Brien said Taiwan should buy more weapons and turn itself into a "porcupine" to discourage "the lion", which represented the Chinese mainland, from attacking it.

David Helvey, the US principal deputy assistant secretary of defense for Indo-Pacific security affairs, said last week that Taiwan's intention to boost defense spending by US$1.4 billion next year was insufficient, and it needed to buy more advanced, lethal capability weapons.

On Tuesday, it was reported that the White House was planning to sell MQ-9 reaper attack drones and a coastal defense missile system to Taiwan, prompting opposition from China's Foreign Ministry and the Taiwan Affairs Office of the State Council.

On Thursday, People's Daily published an article slamming Taiwan separatists and the island's intelligence agencies, saying the DPP had sold out the interests of the Taiwan people to gain protection from Western countries, and the intelligence agencies had exacerbated this trend via "despicable and unjust means".

These means included spying on the Taiwan people, limiting cross-Straits exchanges, ignoring the safety and well-being of its agents, creating false intelligence, abusing power for personal gains and embezzling funds.

"We urge the Taiwan intelligence agencies not to get tied to the bandwagon of Taiwan secession. This bandwagon is only racing to a bitter and tragic end," it said.

"We hope Taiwan intelligence agents could see current trends and cease operations immediately. There is no need to willfully take the wrong road to one's doom. Don't say we didn't warn you."

The phrase "Don't say we didn't warn you" is widely regarded as the most severe diplomatic expression in China's political discourse. The phrase had only been used three times previously by People's Daily: in 1962 before China's border conflict with India, in 1979 ahead of the China-Vietnam War, and in 2019 at the height of the China-US trade conflict.

Wang Xiaopeng, an expert on maritime borders at the Chinese Academy of Social Sciences, told China Central Television that Taiwan is pursuing secession "on multiple fronts", including diplomacy, economy, media, intelligence and military.

"If Taiwan separatists still recklessly pursue their goal, they will surely pay the heaviest price," he said.