By Andrew Sheng and Xiao Geng 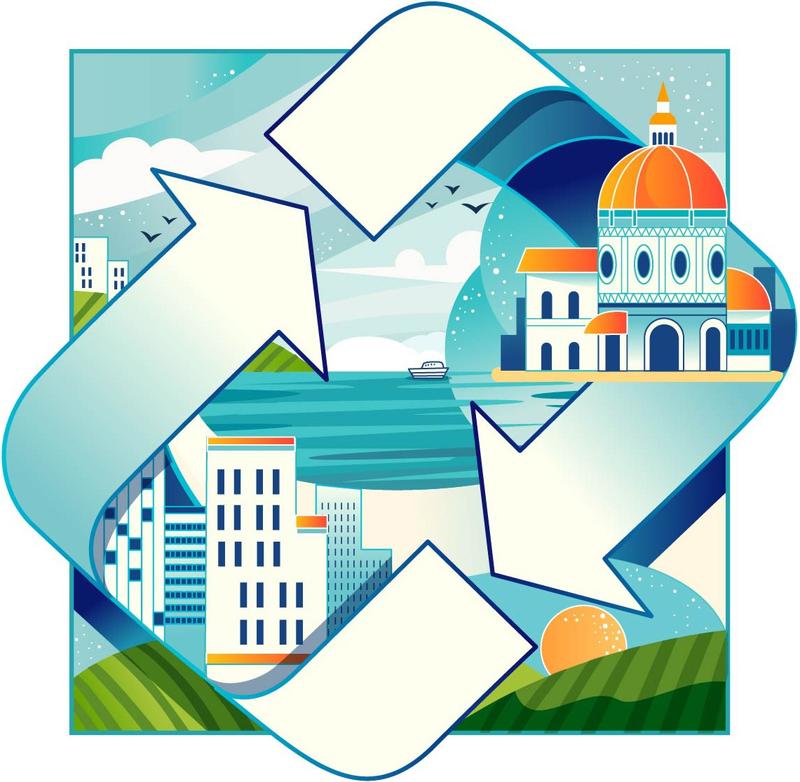 China's leaders are currently putting the finishing touches on the country's 14th Five-Year Plan (2021-25). But one aspect of the plan－the so-called dual-circulation strategy－is already attracting the world's attention. Many fear that China is "turning inward" just when the global economy is staring down the barrel of a recession. These fears are misplaced.

According to President Xi Jinping, the "dual-circulation" strategy means that China will rely mainly on "internal circulation"－the domestic cycle of production, distribution, and consumption－for its long-term development. This will reduce China's dependence on overseas markets and technology. But that doesn't mean China is withdrawing from the world. To understand what it means, one must first comprehend how Chinese policymakers think about the country's long-term development trajectory.

Unlike Western leaders, who typically have degrees in law or economics, Chinese policymakers are mostly scientists and engineers. As a result, they are more likely to think in systemic terms. China's five-year plans are crammed with engineering and systemic terms, such as "top-down architectural design", networks, platforms and processes. This approach means Chinese policymakers look beyond mainstream micro-and macro-economic models to account also for meta-and meso-considerations.

At the meta level, China's policymakers are dealing with what the father of the country's nuclear program, Qian Xuesen, called an "open complex giant system". As Qian and his co-authors noted, one cannot expect to manage such a system using "exact science", with its underlying reductionism. Instead, they should engage in "meta-synthetic engineering from the qualitative to the quantitative"－that is, a process of qualitative analysis followed by rigorous testing against empirical facts.

Former leader Deng Xiaoping summed up this approach with his axiom, "crossing the river by feeling the stones". Decades later, Robert Shiller, winner of Nobel Prize for economics, would take this concept further, showing how qualitative factors, such as popular stories, influence complex systems and are therefore essential to enable us to explain outcomes accurately.

At the meso or institutional level, the "dual-circulation" strategy evolved out of the "circular economy" model－a systemic approach to reducing consumption and waste, thereby enabling natural resource regeneration. The "dual-circulation" model is built on the recognition, derived from decades of manufacturing the world's goods, that supply chains operate through multiple cyclical production, distribution and innovation processes that are endogenously self-coordinating and synchronizing.

When these processes, cycles and feedback loops do not synchronize well with government policies and procedures－say, because taxes or bureaucratic barriers are too high－supply chains stall. The "dual-circulation" strategy aims to avoid such obstruction, by applying flexible, adaptive, institutional and structural approaches.

Focusing on internal systems is crucial to this objective, not least because of increasing macroeconomic disturbances. For starters, the COVID-19 pandemic has highlighted just how vulnerable our "just-in-time" global supply chains are to disruption, fueling calls for "deglobalization". At the same time, tensions with the United States－China's largest trade partner till recently－are escalating, exemplified by the recent moves of the US administration to cripple the operation of the popular Chinese-owned mobile apps WeChat and TikTok in the US. Economic decoupling now seems more likely than ever.

China's "dual-circulation" strategy is a pragmatic response to the rapidly changing internal and external pressures the country faces. The policymakers' goal is to boost supply-chain and market resiliency by leveraging China's massive population of 1.4 billion－including 400 million middle-income consumers.

This brings us to micro-level considerations. Given China's meritocratic system, one generally reaches the highest levels of policymaking only after working at the development "front lines": directly managing the construction of physical and social infrastructure in villages, cities and provinces. This instills in Chinese leaders an awareness of people's needs and the dynamics of social and economic engineering that never dissipates.

Today, most Chinese enterprises, as well as local governments, are struggling to adjust to fast-changing domestic and international market conditions. The "dual-circulation" strategy will help, by creating freer and more unified national markets for physical, financial and human capital, products and services, technology and information. It will also ensure that all of the system's stakeholders know what to expect.

But strengthening internal production and consumption cycles does not mean destroying external trade, investment, tourism, and education networks. On the contrary, China is set to further open up its economy, especially its financial market. So "dual circulation" means that external exchanges will be expanded and deepened in ways that complement the domestic economy. If the rest of the world wants to cooperate in such ways－say, on developing green products and services－China will oblige. If it doesn't, China will rely on its own formidable strengths, from a large consumer base to fast-growing innovative capabilities, to sustain its growth and development.

From Made in China 2025 to the Belt and Road Initiative, some Western politicians, experts and media outlets have often misinterpreted pragmatic or strategic Chinese policies and projects as devious or destructive schemes. But China can't control how others interpret its actions, and it will not change its policies to appease its critics. With China poised to be the only major economy to record positive growth in 2020 and 2021, according to International Monetary Fund forecasts, there is no reason why it should.

Andrew Sheng is a distinguished fellow of the Asia Global Institute at the University of Hong Kong and a member of the UNEP Advisory Council on Sustainable Finance; and Xiao Geng, chairman of the Hong Kong Institution for International Finance, is a professor at and director of the Research Institute of Maritime Silk-Road at Peking University HSBC Business School.