What next after carbon neutrality by 2060?

By Hu Min and Diego Montero 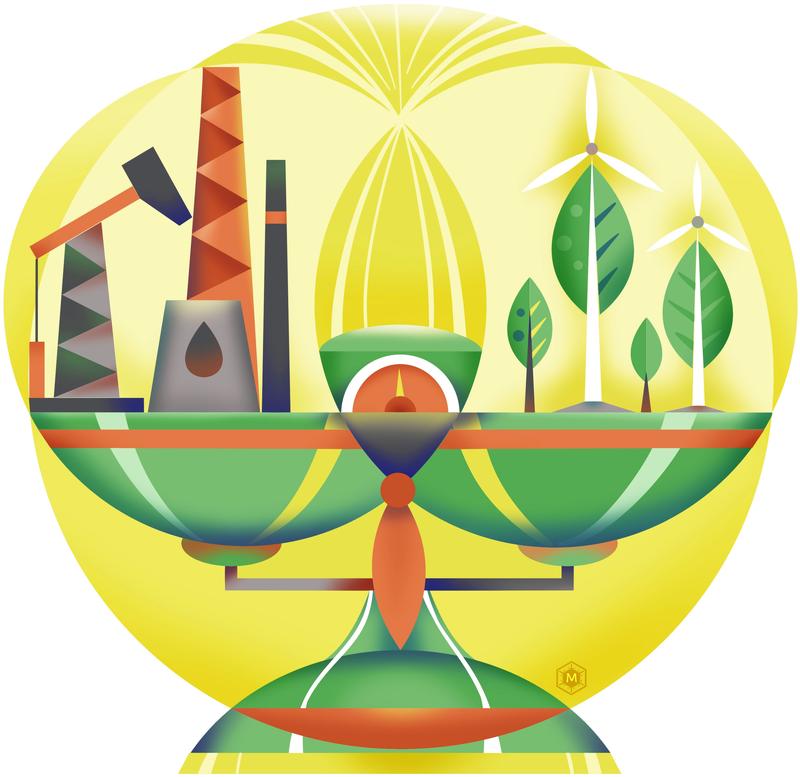 One might wonder about the real motivation behind President Xi Jinping's exciting, and to some, surprising pledge before the United Nations General Assembly on Sept 22 to reach carbon neutrality by 2060. It's likely that there is some degree of geopolitical calculation behind the pledge, but the main driver is the leadership's vision of creating a "beautiful China" by promoting "ecological civilization" and a high-quality economy driven by technological innovation. Given this high-level and long-term political goal of China, we can expect to see the development of a slew of short-term follow-up policies.

Before the COVID-19 outbreak, there was scant optimism about the performance of the Chinese economy in 2020. Slowdowns in export markets, uneven regional development, and environmental degradation had prompted China's economic planners to switch their focus away from quantitative growth toward high-quality growth.

The announcement of a carbon neutrality goal is consistent with this new development vision, as well as with international climate safety efforts. China's move shows its commitment to the Paris Agreement and injects new momentum into the global green growth movement. It will hopefully motivate the world's other big emitters to get back on track－in accordance with the Paris Agreement－and help ensure a productive UN climate change conference in Glasgow next year. China's announcement comes a week after the China-European Union summit, indicating that EU-China collaboration on climate change and green recovery will continue to be strong going forward.

Laying many global speculations to rest

In his UN speech, Xi also said that China would "enhance its NDC (nationally determined contribution) and peak GHG(greenhouse gas) emissions before 2030". China's current NDC, which outlines the actions that China will take to contribute to the Paris Agreement, states that China will peak its energy related carbon emission around 2030. The international community has been wondering how China would enhance its NDC in the lead up to next year's climate change conference.

The shift from "around 2030" to "before 2030" is a meaningful political signal and can be expected to trigger changes in China's domestic policies. For example, it is likely that China's new NDC will now have to target nonenergy-related GHG emissions including methane and hydrofluorocarbon.

China's new long-term vision will add new vitality to climate policy in the next five to 10 years. And the policies could include an absolute carbon cap in China's upcoming 14th Five-Year Plan (2021-25), a coal consumption cap, a carbon market that covers all major energy intensive industries, and practical guidelines for public finance investment in green recovery, as well as a long overdue climate law. None of these are new to the policymaking arena, but each has raised concerns about their effects on economic growth and jobs, and have therefore been delayed or weakened.

Xi's announcement inserts China's climate commitment into the country's social and economic development agenda during this critical period leading up to the 14th Five-Year Plan. The earlier China develops a new climate policy framework, the earlier it will benefit from a more sustainable economy.

Green finance movement will probably get a boost

China's provinces and cities are already developing action plans to set and implement GHG emission peaks as part of the national peaking effort. We can expect some of these regions to set carbon neutrality goals as well. As for industries, they will probably also need to develop sectoral action plans. China's leading corporations are also likely to consider making long-term social responsibility commitments related to carbon neutrality. And the green finance movement, which calls for financial institutions to disclose their environmental and climate risks, will probably also receive a boost.

In the coming years, more analyses will be needed to lay out detailed policy and technical road maps toward net zero emissions in China. Most current analyses show that what's needed is a combination of phasing out coal, a power system with high renewable energy penetration, electrification of the transportation system plus hydrogen fuel cell transport, zero emission buildings, and the particularly hard task of decarbonizing energy intensive industries such as cement and steel.

Setting goals and timelines for zero emissions, 100 percent electric vehicles for new vehicles, and high penetration renewable energy should be integrated into sectoral carbon neutrality strategies. In addition, China also needs to continue restoring the natural environment and decarbonize people's lifestyles. These are some of the key actions that China will need to take as it embarks on the inspiring but challenging task of achieving carbon neutrality by 2060.