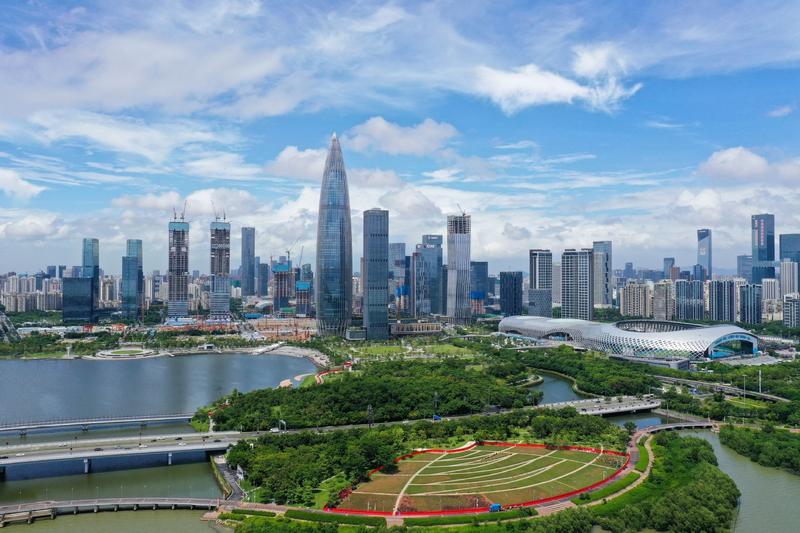 China unveiled a detailed plan on Sunday for comprehensive pilot reforms to be implemented in the southern city of Shenzhen in a bid to transform it into a demonstration pilot area of socialism with Chinese characteristics.

It came after the city was tasked by the central government with the new mission last year, marking the country's latest move to further drive reforms and opening-up, according to the plan issued by the general offices of the Communist Party of China Central Committee and the State Council.

According to the plan, a number of reforms will be launched this year in important fields such as market-orientation, the optimization of the business environment and the overall utilization of urban space

The authorities pledged to grant greater autonomy to Shenzhen to carry out reforms in important fields and at key links, adding that it will help accelerate the push for comprehensively deepening reforms and expanding opening-up, boosting cooperation between Shenzhen and the Hong Kong Special Administrative Region to a higher level and better developing the Guangdong-Hong Kong-Macao Greater Bay Area.

According to the plan, a number of reforms will be launched this year in important fields such as market-orientation, the optimization of the business environment and the overall utilization of urban space. The first batch of a list of comprehensive authorized pilot reforms will be formulated and implemented this year.

By 2022, significant progress will be achieved in system construction and a batch of major system achievements.

By 2025, reforms in important areas and at key links will achieve landmark results. It is set to basically complete the pilot reform tasks by that time.

The plan outlined wide-ranging reforms to be implemented in Shenzhen, including in the legal, financial, technological, institutional and social sectors.

Under the plan, Shenzhen will further improve market-based allocation of factors of production, create a market-oriented, law-based and internationalized business environment, foster a scientific and technological innovation environmental system, achieve a high level of opening-up, improve the supply system of basic public services, and improve the environmental and urban space governance system.

According to the document, further measures will be introduced to improve market access in the sectors of energy, telecommunications, public utilities, transportation and education in Shenzhen. And the city will give foreign investors greater market access to cutting-edge technological sectors.

The authorities stressed in the plan further opening up of the financial and shipping sectors and support for qualified enterprises in Shenzhen to list overseas. The plan will also achieve compatibility between the rules of each region in the Guangdong-Hong Kong-Macao Greater Bay Area.

More efforts will also be made to improve work in land management, carrying out pilot programs in the capital market, the transformation of technological achievements and accelerating the development of the data market, according to the plan.