The right to be one’s self

Hong Kong’s transgender people are fighting an uphill battle to win recognition of their gender status. The coronavirus shock has compounded their woes, robbing them of the psychological aid and spirit that ‘allowed them to be themselves’. Wang Yuke reports. 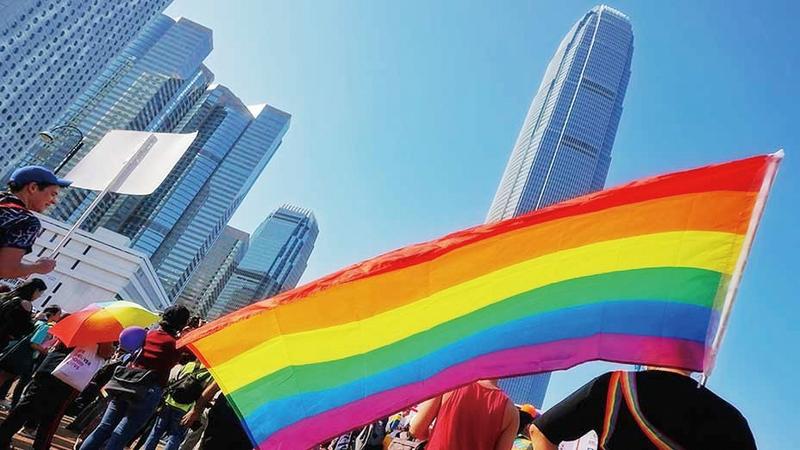 The Hong Kong Pride Rally is held in Central on Nov 16, 2019 in support of LGBTI rights. (PHOTO PROVIDED TO CHINA DAILY)

Carton Ip is in dire need of physical workouts essential to his sex reassignment recovery.

But COVID-19 has disabled his recovery regimen as gyms stay shut. The workout must be done with gym equipment to see the results, says Ip. “My scars pucker up and my joints stiffen. The surgery involves skin graft and my left leg has lost 30 percent of the muscle.” He needs to strengthen himself physically to get it back.

In Hong Kong, the law requires a transgender person to undergo sex reassignment surgery to change the gender marker on that person’s identity card and passport. Therefore, what the surgery means for a transgender person is getting “legal recognition” of that person’s gender status, says Suen Yiu-tung, assistant professor of the Gender Studies Program at The Chinese University of Hong Kong and founding director of the institution’s Sexualities Research Program.

For LGBTI workers who’ve lost their jobs due to the economic downturn, it could take strenuous efforts for them to work again because discrimination in the workplace remains prevalent

Suen Yiu-tung, assistant professor of the Gender Studies Program at The Chinese University of Hong Kong

“I should have flown to Thailand in March to complete the reassignment surgery on my lower body. But the coronavirus upended my plan,” moans Ip, a transgender male. “I feel like I’ve been wasting my life because I can’t pursue any employment without the legally recognized reassigned gender.”

Before undergoing his first breast removal surgery two years ago, Ip quit his job as a technical assistant. “Since my job involved moving around, it would affect my recovery,” he says. There’s also apprehension about people’s overreaction to his radical physical change. Ip has been out of work since.

Hong Kong is devoid of experienced sex reassignment specialists, he says. “It’s a high-risk operation. We can’t afford to take a gamble.” Therefore, he went to the United States and Thailand for surgeries. Having surgeries abroad cost him substantial time and money. The bill came up to a whopping HK$470,000 (US$60,642), compounded by his being jobless for a period of time.

Stringent social distancing measures in place have cut off Ip’s connections with his LGBT (lesbian, gay, bisexual and transgender) circle of friends and disrupted his access to support services. Each month prior to the pandemic, Ip would attend a monthly gathering held by Gender Empowerment — a Hong Kong-based non-profit making organization geared to supporting the transgender community to integrate into the community and helping them go through the different stages of their gender transition, as well as building up social relationships.

“I got to chat with other trans people. We confided difficulties to each other and vented our frustrations which helped soothe my anxiety. There were also social workers and therapists who shared advice on issues we encounter in life. During the encounters, I felt safe, secure and found solace,” Ip says.

With residents confined to their homes, young trans people approached Ip for help. “I would be their sympathetic listener, a shoulder to cry on,” he says.

Siu Fung, who’s non-binary or gender-fluid, is a local activist fighting for equity and human rights for transgender and gender-fluid people. A gender-fluid person refers to an individual who may experience a gender identity that’s neither exclusively male nor female or in between.

“I’m a female athlete and fitness trainer, but I present myself as man in the social context,” she says.

Siu Fung provides workout training specifically for transgender and non-binary people. “I help shape their body and, more importantly, boost their confidence with their gender status. How one feels about one’s physical appearance is linked to one’s mental health.”

Before the onset of COVID-19, she organized group workout sessions every Sunday, followed by a seminar, where her students shared ideas and personal stories and lunched together. “I set to use sport to empower my students to feel better about their body, and build solidarity, community and belonging.”

With all workshops suspended, some of Siu Fung’s students felt miserable and lonely, she says.

Alistair Wong, a transgender man, had worked as a lawyer, but recently was shown the door. The pandemic, likewise, brought court proceedings to an abrupt halt. Some of his hard-hit clients dropped their cases. His company started laying off workers to keep it afloat. Wong became unemployed overnight. He dreads he’ll be jobless for a while even after things have returned to normal.

He says he had to pass up many promising jobs after “they found I’m a trans person”. He’s sensitive and vigilant to how others see and think of him, making him feel insecure and, sometimes, humiliated. “A prospective employer asked me during a job interview what secondary school I graduated from. After I named the school, a girls’ school, her reaction was a shocking ‘huh? you?’.”

“Since I revealed my gender identity in 2018, I’ve had a lot of awful experiences at job interviews.” Before that, Wong had been acting as a “tomboy” so he had rarely been questioned.

For LGBT youths with parents who barely accept the truth — their offspring are gay — the social distancing measures are indeed distressing as domestic conflicts blow up.

Ty, a 23-year-old lesbian, who doesn’t want to reveal her real name, says she’s fed up with her mother’s repeated intrusions into her privacy. She lives with her parents and has been working from home since January this year. “My mother kept a close watch on me. She came into my room every single hour to check on what I was doing. There’s no such thing as privacy at my home. She takes the fact that I’m a homosexual, a piece of dirty laundry, a big shame.”

Social distancing means she could only chat with her girlfriend on the phone. “When my mom overheard our conversations, she would come into my room and ask who I had been talking to.”

Sometimes, Ty watched queer movies online or visited queer websites. “I had to turn down the volume. If she happened to break into my room, I would rapidly switch to another website, or she would overreact. At home, we shunned topics relating to sexuality.”

In the homophobic family, Ty feigns to be straight, shying away from sensitive topics that could spark arguments. “I’m mentally tired. I wish I could return to office work soon, where I have more private space and I don’t have to be an actor,” bemoans Ty.

The public health crisis has created multiple challenges for the LGBTI (lesbian, gay, bisexual, transgender/transsexual and intersex) community beyond the virus per se, remarks Suen. The fact that gay bars are closed and LGBTI social gatherings canceled means that for LGBTI people, their “sole shelter, which allows them ‘to be themselves’, is taken away”, says Suen. “It’s only in those circumstances they can shed their masks and be true to themselves, without worrying about judgmental scrutiny and remarks.” This marginalized group needs an outlet to vent their frustration, stress and trauma, which is beneficial to their mental health and prevents suicidal tendencies.

Suen says for LGBTI workers who’ve lost their jobs due to the economic downturn, it could take strenuous efforts for them to work again because discrimination in the workplace remains prevalent. He led a study on Legislation against Discrimination on the Grounds of Sexual Orientation, Gender Identity and Intersex Status in 2016. The study revealed that all the 43 LGBTI respondents felt the discrimination LGBTI people face is either common or very common in Hong Kong, with 98 percent having encountered discrimination in their lifetime, and 93 percent perceiving Hong Kong as not an LGBTI-friendly place.

When transgender people present an identity card that’s inconsistent with their gender identity while seeking jobs, they’re subjected to intensive questioning by human resources personnel and end up being rejected, according to a study on the mental health of transgender people in Hong Kong, led by Suen.

“In order to secure employment, they’re forced to explain the inconsistency and confess they’re trans people,” says Suen. And it’s often because of the confession they lost the job opportunity. As many trans people could work in the service industry which has been battered by the pandemic, they have to sit and wait until business returns.

Moreover, transgender women are considered by the public as weak in character with unstable personalities.

The same study, published in 2017, also found that more than half the trans respondents had a university degree or higher qualifications. Despite the high educational attainment, 43.4 percent of them had a monthly income of less than HK$6,000, reflecting a low quality of life.

Discrimination in the workplace often hits a raw nerve among trans people more than those who’re lesbian, gay or bisexual. “Identity acceptance is a long, trying process”, notes Suen, something like a learning curve. “The trans individuals have to convince themselves first to accept their own gender identity before having the grit to face their employers, colleagues and families,” says Suen.

While some trans people are content with the gender they were born with, some are not and yearn for a change through surgery, says Suen. “The latter are more likely to suffer mental health problems than the former. They’re more prone to depression and suicidal thoughts.”

“The pandemic has derailed their surgery plans, adding to their agony and mental affliction, and making them susceptible to social discrimination, harassment and mistreatment,” Suen explains.

Sexual assignment surgery means a lot to trans people. It empowers them to present and express themselves in society with the gender identity they think it’s theirs, he says.

Many LGBTI people victimized by the social stigma and denial rely on psychological counseling to alleviate their stress. COVID-19 has robbed them of the psychological aid, which dispirited and disempowered those in need of help. Despite the accessibility of online services, it’s not an effective alternative, argues Suen, because it’s “hard for the psychologist or therapist to read a patient’s underlying emotions”.

“And the physical distance could make patients disconnected and unrealistic, so they may hold back expressing their difficulties.”

Suen also observed that some psychological service providers in Hong Kong look at LGBTI patients through “biased lens”, which is unprofessional. Some professionals, ignorant of the proper language used when dealing with LGBTI people, may also unwittingly offend patients. That’s why many refuse to seek professional aid but, instead, bottle up, keeping the mental suffering to themselves, he says.

The coronavirus, undoubtedly, has thrown the LGBTI community a curveball, rendering their already tough life even tougher — the loss of jobs and hope, the problem with self-recognition, being disowned by parents, discrimination and stereotypes.

They hope it’s only that darkest hour before dawn when the nightmare merges into a wondrous daydream, replete with the scents of lavender and jasmine when the ugly duckling emerges. 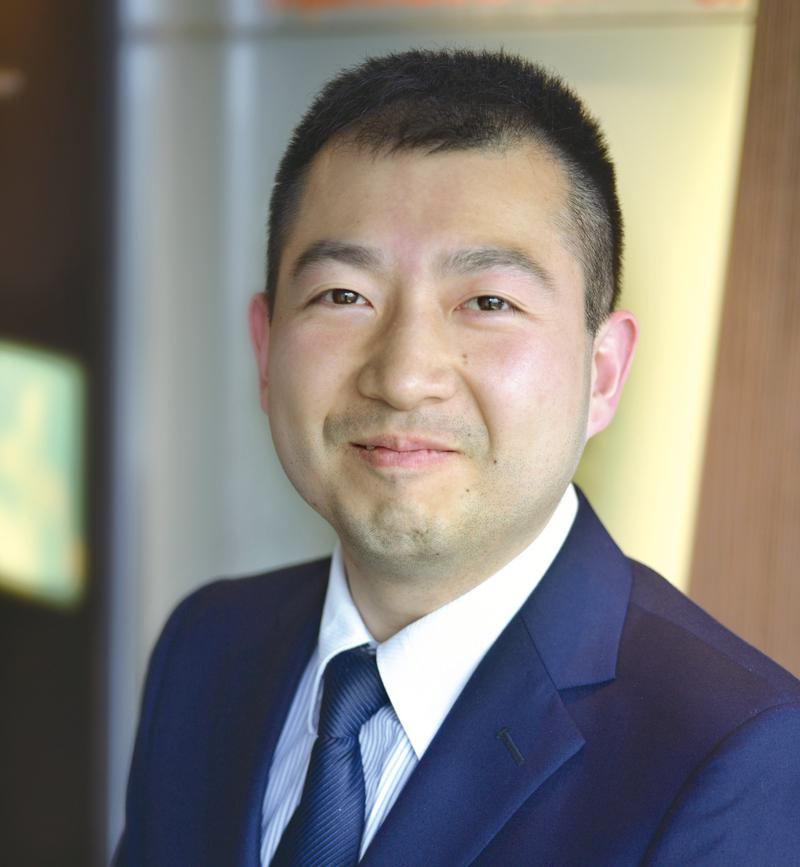 Most companies in Hong Kong and even some multi-national enterprises have no anti-discrimination policies to safeguard the rights and well-being of LGBTI employees, says Suen Yiu-tung, assistant professor of the Gender Studies Program at The Chinese University of Hong Kong.

At present, there’s no legislation against discrimination on grounds of sexual orientation, gender identity or intersex status in the special administrative region.

Despite the Code of Practice against Discrimination in Employment on the Ground of Sexual Orientation introduced by the HKSAR government, it’s not legally binding and enforceable.