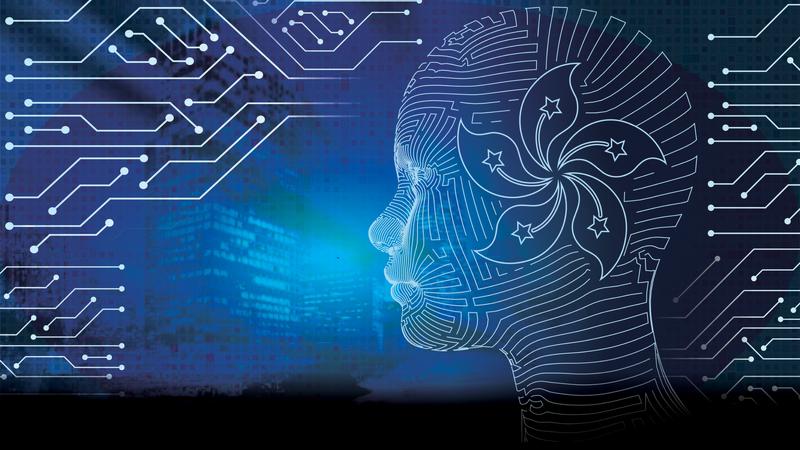 Hong Kong’s innovation and technology, or inno-tech, development has been buffeted by months of social unrest, the coronavirus shock, and setbacks arising from simmering tensions between the world’s two largest economies.

But there is a silver lining. The global public health emergency has prodded some of Hong Kong’s leading tertiary educational institutions into stepping up research on public health and virus control. For example, Hong Kong Polytechnic University (PolyU) announced in February the development of an automated, multiplex diagnostic system for detecting pathogens responsible for up to 40 infectious respiratory illnesses, including COVID-19, within an hour through a single test.

The work that took four years and cost HK$20 million (US$2.58 million) was mainly funded by local biotech company Avalon BioMedical and was backed by Shenzhen’s Pingshan district government, which provided a 3,000-square-meter plant for the researchers to realize mass manufacturing of the testing machine.

The facility is likely to start production next year, according to Terence Lau Lok-ting, director of PolyU’s Innovation and Technology Development and adjunct professor at the Department of Applied Biology and Chemical Technology, who led the research team.

The Hong Kong Special Administrative Region government also extended a helping hand recently, pumping more than HK$4 million into the project under the Public Sector Trial Scheme to allow local public hospitals to try out the system. Hong Kong Science Park — geared to cultivating and promoting high-technology startups — let Lau’s team use its facilities to produce reagents for the tests.

Lau said the project showed how coordination between the public and private sectors in Hong Kong and Shenzhen can boost research and development that benefits the community. He hopes it can be a fine example of facilitating greater cross-boundary cooperation under the development blueprint for the Guangdong-Hong Kong-Macao Greater Bay Area.

He called for the public and private sectors to be more involved in R&D to achieve further scientific breakthroughs.

Four years ago, the SAR government turned down Lau and his team’s request for initial funding for the project. People at that time were not as worried about infectious respiratory diseases as they are now, he said.

But he stressed that government support in R&D is paramount, particularly in the early stages.

High-tech R&D costs a fortune and comes with great risks, particularly in the fields of engineering, physics and biotech, he said, adding that government involvement will encourage more private capital by making investors realize the potential of a project and become more willing to share the risks.

In her maiden Policy Address in 2017, Hong Kong’s Chief Executive Carrie Lam Cheng Yuet-ngor vowed to double the expenditure on R&D to HK$45 billion a year, raising spending from 0.73 percent of the city’s gross domestic product to 1.5 percent by the end of her five-year term.

But the prolonged social unrest that erupted in mid-2019 and the COVID-19 onslaught this year have seen Hong Kong’s economy shrink by 9 percent in the second quarter, while the government has projected a contraction of 6 to 8 percent for the full year.

In a recent interview with China Daily, Secretary for Innovation and Technology Alfred Sit Wing-hang acknowledged that the turbulent situation poses challenges to the city’s inno-tech development.

But Sit expressed confidence in achieving Hong Kong’s goal on R&D expenditure, while pledging to offer greater financing support and favorable research facilities, plus more opportunities to network with investors and manufacturers in the Bay Area and other Chinese mainland cities, to help Hong Kong research teams commercialize their work.

By early August, Hong Kong’s Research Grants Council, which was set up in 1991 to study the needs of higher educational institutions in academic research, had approved HK$170 million to support local universities in conducting studies on COVID-19 under the Health and Medical Research Fund.

“In recent years, the government has strengthened R&D input at public universities, and we are happy to see that,” said Lau. “But compared to our neighbors, such as Shenzhen, there is still much room for improvement.”

Shenzhen’s expenditure on R&D accounted for 4.2 percent of its GDP in 2018, compared to 4.8 percent in South Korea and 2 percent in Singapore.

Amid a complex geopolitical situation, Hong Kong must spend more on R&D and transform scientific research effectively to unleash the city’s potential strength in turning itself into a technology-equipped economy, and to stay competitive in the digital age, said Chow, who is also Lingnan University’s deputy director of the China Economic Research Programme.

He pointed out that Hong Kong’s R&D activities rely heavily on government investment and lack private sector participation. In 2017, private companies funded half of the R&D projects in the city, while the percentage was 90 percent in Shenzhen and 77.6 percent on the mainland as a whole.

In terms of funding, it should be government-led investment with corporate participation to effectively diversify risk and attract more private capital, he said.

At the same time, universities and researchers can take on the role of “technological investors” to share some of the dividends, Chow suggested. Capital returns from the transformation and application of scientific research can be given back to investors, Chow said.

He also urged the government to create a wealth fund akin to Singapore’s Temasek or the Qatar Investment Authority, and expedite the plan to draw part of its HK$220 billion Future Fund under the Growth Portfolio, and invest in innovation and technology and new-economy-related projects.

The government should accelerate cooperation with Guangdong province, especially Shenzhen, under the Bay Area blueprint. Backed by Guangdong’s advanced industrial development, the results of Hong Kong’s R&D can be effectively turned into mass production, once cross-boundary cooperation is well projected, Chow believes.

Hong Kong should also take the lead in establishing a platform for cooperation between its research institutions and the Shenzhen government or companies to boost exchanges among researchers, investors and manufacturers, he said.

Kathy Zhang contributed to this story.