France, Turkey at odds as clashes rage in Nagorno-Karabakh 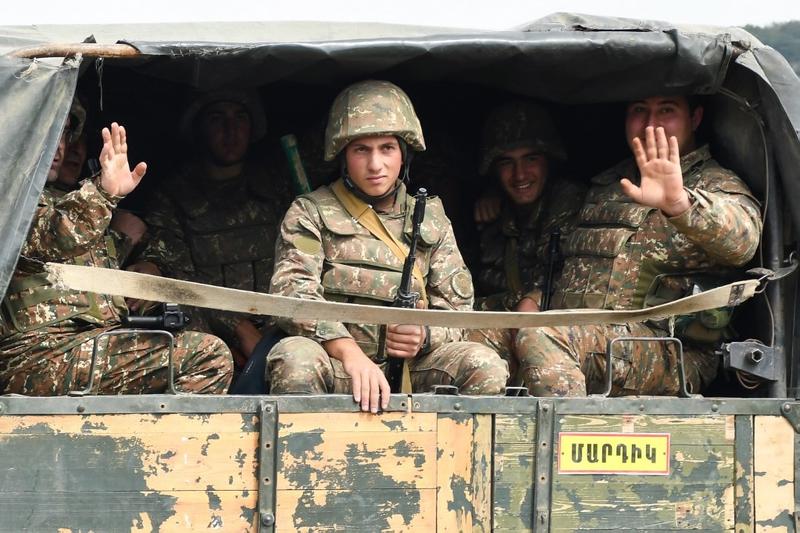 Servicemen of Karabakh's Defence Army wave while riding in the back of a truck on the way to the town of Martakert during fighting with Azerbaijan over the breakaway Nagorny Karabakh region on September 29, 2020. (NAREK ALEKSANYAN / AFP)

YERVAN/BAKU - NATO allies France and Turkey traded angry recriminations on Wednesday as international tensions mounted over the fiercest clashes between Azeri and ethnic Armenian forces since the mid-1990s.

On the fourth day of fighting, Azerbaijan and the ethnic Armenian enclave of Nagorno-Karabakh accused each other of shelling along the line of contact that divides them in the volatile South Caucasus.

On the fourth day of fighting, Azerbaijan and the ethnic Armenian enclave of Nagorno-Karabakh accused each other of shelling along the line of contact that divides them in the volatile South Caucasus

Dozens have been reported killed and hundreds wounded in fighting since Sunday that has spread far beyond the enclave’s borders, threatening to spill over into all-out war between the former Soviet republics of Azerbaijan and Armenia.

The re-eruption of one of the “frozen conflicts” from the collapse of the Soviet Union has raised concerns about stability in the South Caucasus, a corridor for pipelines carrying oil and gas to world markets, and raised fears that regional powers Russia and Turkey could be drawn in.

Some of Turkey’s NATO allies are increasingly alarmed by Ankara’s stance on Nagorno-Karabakh, a breakaway region inside Turkey’s close ally Azerbaijan that is run by ethnic Armenians but is not recognised by any country as an independent republic.

Echoing remarks by President Tayyip Erdogan, Foreign Minister Mevlut Cavusoglu said on Wednesday Turkey would “do what is necessary” when asked whether Ankara would offer military support if Azerbaijan requested it.

Azerbaijan’s president, Ilham Aliyev, later thanked Turkey for its support but said his country did not need military assistance. Fighting would cease if Armenian forces immediately “leave our lands,” he said.

French President Emmanuel Macron, whose country is home to many people of Armenian ancestry, hit back during a visit to Latvia. He said France was extremely concerned by “warlike messages” from Turkey “which essentially remove any of Azerbaijan’s inhibitions in reconquering Nagorno-Karabakh”.

Paris has said it wants the Minsk Group - which is led by Russia, France and the United States and mediates between Armenia and Azerbaijan - to discuss the fighting. European Union leaders will also discuss the conflict at a summit this week, a German government source said. 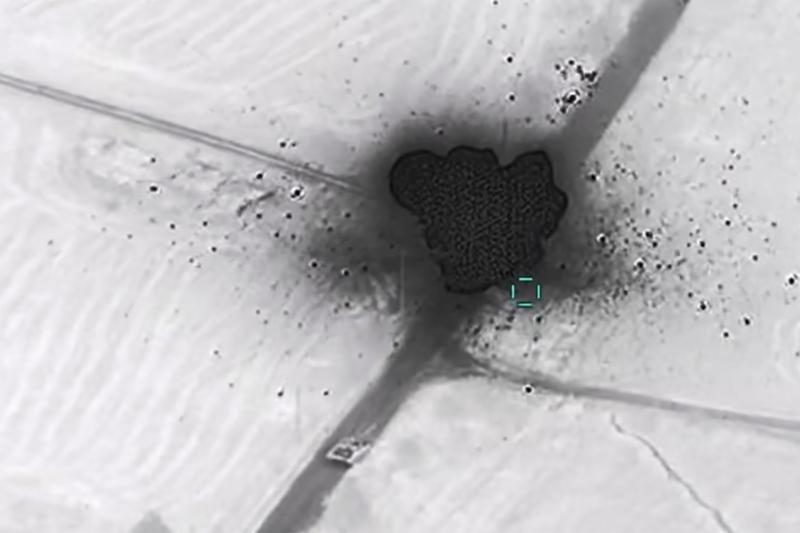 This handout photo taken from a video released by Azerbaijan's Defense Ministry on Sept 29, 2020 allegedly shows fighting between between Armenian and Azerbaijani forces over the disputed separatist region of Nagorno-Karabakh, Azerbaijan. (AZERBAIJAN'S DEFENSE MINISTRY VIA AP)

The UN Security Council called on Tuesday for an immediate end to the fighting over Nagorno-Karabakh, which broke away from Azerbaijan in the 1990s in a war that killed an estimated 30,000 people and displaced hundreds of thousands.

Armenian Prime Minister Nikol Pashinyan, who spoke by phone to Russian President Vladimir Putin on Tuesday, said he was not considering asking for help under a post-Soviet security treaty now but did not rule out doing so.

“Armenia will ensure its security, with the participation of the Collective Security Treaty Organisation (CSTO) or without it,” Russian news agencies quoted Pashinyan as saying.

He said he and Putin had not discussed the possibility of Russian military intervention in the Nagorno-Karabakh conflict. 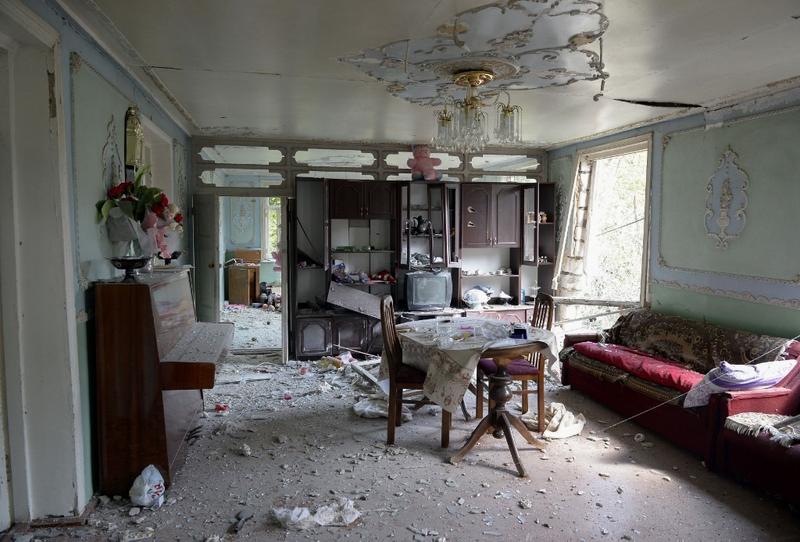 An interior view of a house which is said was damaged in recent shelling during clashes between Armenian separatists and Azerbaijan over the breakaway Nagorny Karabakh region, in the village of Sahlabad outside the Azerbaijani city of Tartar on Sept 29, 2020. (TOFIK BABAYEV / AFP)

The Azeri prosecutor’s office said on Wednesday seven more civilians had been wounded as a result of shelling of the city of Terter, which borders Nagorno-Karabakh.

Its defence ministry said ethnic Armenian forces attempted to recover lost ground by launching counter-attacks in the direction of Madagiz, but Azeri forces repelled the attack.

Armenia’s defence ministry said the Azeri army had been shelling the whole front line during the night and two Azeri drones were shot down in the town of Stepanakert, Nagorno-Karabakh’s administrative centre. It was not possible to independently confirm the report.

Armenia’s unified information centre, an online governmental platform, posted pictures on Wednesday of the wreckage of what it said was a SU-25 warplane shot down by a Turkish fighter jet on Tuesday.

Turkey has denied shooting down the plane. An aide to Azerbaijan’s President Ilham Aliyev accused Yerevan of lying about the incident, saying two Armenian SU-25s had crashed into a mountain and exploded.