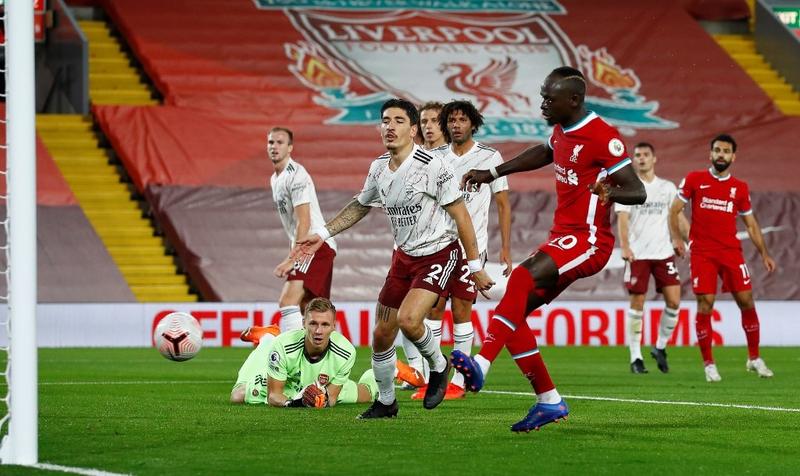 LIVERPOOL, England - Premier League champions Liverpool maintained their 100 percent start to the season with a 3-1 win against Arsenal at Anfield on Monday leaving them level on nine points with pacesetters Everton and Leicester City.

The visitors took the lead through an Alexandre Lacazette strike but Liverpool were in front by the break thanks to goals from Sadio Mane and Andy Robertson while substitute Diogo Jota made sure of the win with a late strike on his debut.

Liverpool created the early openings with Trent Alexander Arnold causing Arsenal problems down their left. His cross was headed goalwards by Virgil van Dijk but David Luiz cleared off the line and then another ball from the full-back was volleyed straight at goalkeeper Bernd Leno by Mane.

However, in the 25th minute, totally against the run of play, Arsenal grabbed the lead when they broke down the left and Robertson miscontrolled Ainsley Matiland-Niles’ cross, the ball falling to Lacazette whose scuffed shot deceived keeper Alisson.

Liverpool responded swiftly though, drawing level three minutes later when Mohamed Salah burst in from the left and Leno parried his shot straight into the path of Mane who made no mistake from close range.

Robertson then made up for his mistake when he was picked out by Alexander-Arnold at the far post, chested the cross down and flicked the ball past Leno to make it 2-1 after 34 minutes. 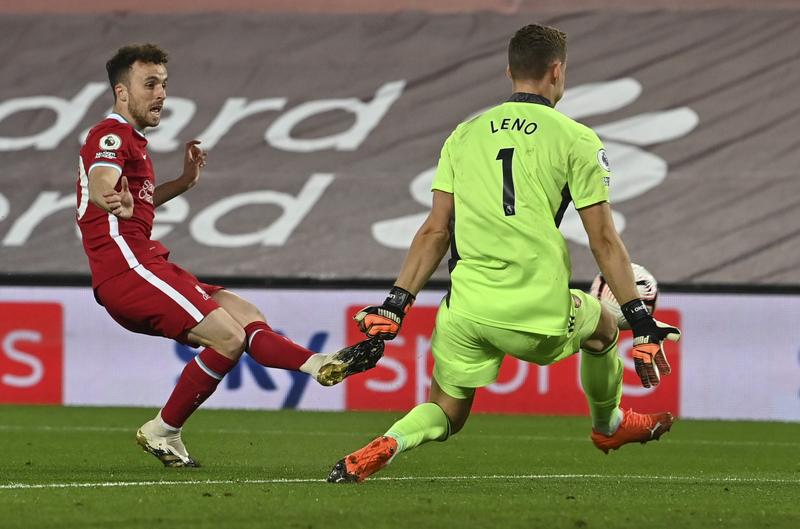 Arsenal made life more difficult for the home side after the break and should have drawn level in the 63rd minute when Lacazette sprung the offside trap but his shot was too easy for Alisson, who parried it to safety.

New Liverpool signing Jota, the Portuguese forward captured from Wolverhampton Wanderers, marked his debut from the bench with the goal that made sure of the win as he struck a well-taken volley from the edge of the box.

“(We were) dominant against a team in form and careful as hell that we did not get caught on the counter-attack,” said Liverpool manager Juergen Klopp.

“Alisson had to make one save, they had two chances in behind but apart from that the football we played was exceptional tonight,” he added.

The Gunners, who won their first two games, have now gone 28 matches without a win away from home against ‘Big Six’ opposition but manager Mikel Arteta saw signs of improvement.

“We were in the game for a big part of the game. The reality is they are superior to us in many aspects. You could see that in some phases,” said the Spaniard.

“I’m really happy in the way the team competed and kept believing. This is the standard we have to reach. We are on a different journey. They’ve been together five years, we’ve had a few months”.