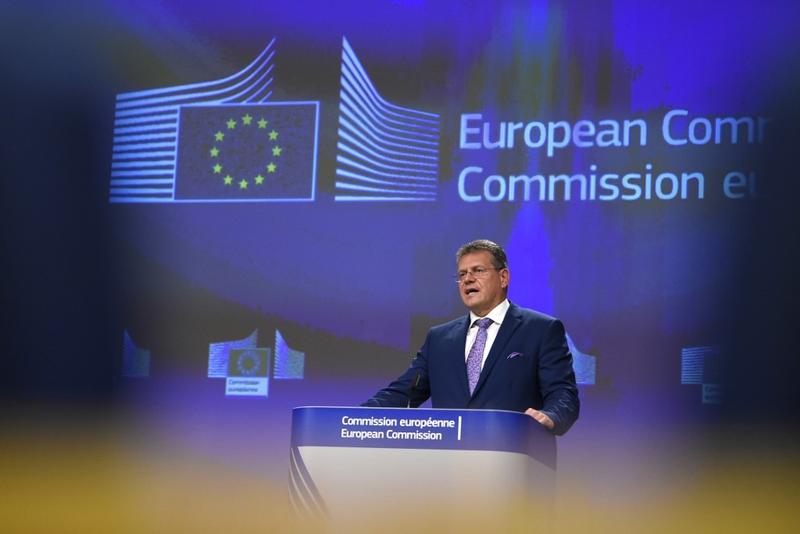 BRUSSELS - The United Kingdom's position on the withdrawal from the European Union (EU) is far apart from what the EU can accept and the bloc "will not be shy" from taking legal action for violations of the withdrawal agreement, European Commission Vice-President Maros Sefcovic said on Monday.

Moving to the Protocol on Ireland/Northern Ireland, the window of opportunity to put in place the operational measures needed for it to function is rapidly closing.

Addressing the media after a third round of talks of the EU-UK Joint Committee, which oversees the implementation of the Brexit agreement, Sefcovic said time was pressing and a lot of work remained to be done with just less than 100 remaining days.

He reiterated that the new bill presented by the British government violated its withdrawal agreement agreed with the EU and seriously damaged the trust between the both sides.

Asked whether any of this trust had been restored, he replied that the trust will only be fully restored when the UK withdraws the contentious parts of the draft Internal Markets Bill, but he did not get any indication from his UK counterpart that this will happen. "Therefore, as I said, we are considering all legal options available to us," said Sefcovic.

"Moving to the Protocol on Ireland/Northern Ireland, the window of opportunity to put in place the operational measures needed for it to function is rapidly closing," Sefcovic said.

"I have therefore reiterated the urgent need for the UK to accelerate its work on all aspects of the Protocol," he added.

The EU official welcomed that the UK is engaging on some of the Joint Committee decisions that need to be adopted before the end of the year to fully implement the Protocol, but said "many difficult issues remain and the UK's positions are far apart from what the EU can accept."

Sefcovic had previously said the UK should by the end of this month withdraw the contentious bill. With only two days left, Sefcovic affirmed that the EU will go on with negotiation in order to find solutions.

"We are going to proceed with negotiations. We are going to use every single minute, if it comes to the full and proper and timely implementation of the withdrawal agreement," stressed Sefcovic.

READ MORE: EU chief negotiator 'determined' to get Brexit deal but will be firm

If the bill is passed and becomes law, it would give British ministers the power to modify or "disapply" rules relating to the movement of goods between Northern Ireland and the rest of Britain, if London and Brussels are unable to strike a trade deal.