At least 2 stabbed near Charlie Hebdo's former offices in Paris 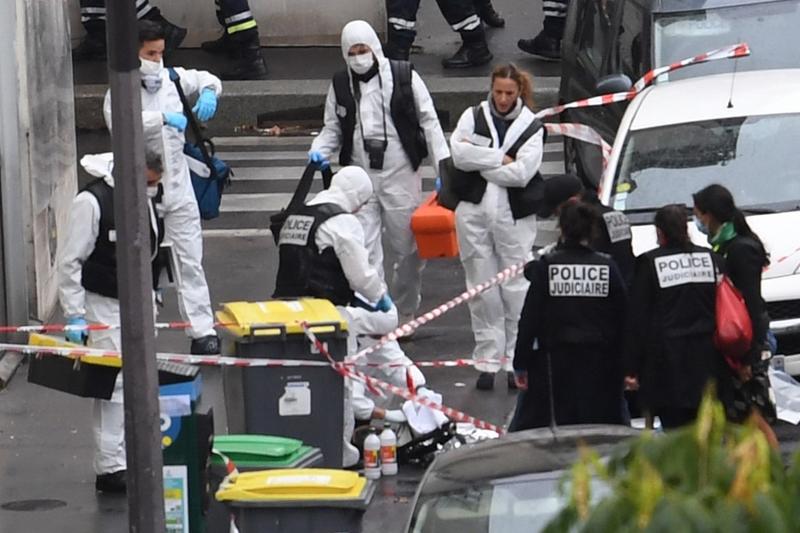 French police and forensic officers inspect the scene of an attack after several people were injured near the former offices of the French satirical magazine Charlie Hebdo by a man wielding a knife in the capital Paris on Sept 25, 2020. (PHOTO / AFP)

France opened an anti-terror investigation after two journalists were stabbed in Paris on Friday near the former offices of the Charlie Hebdo satirical magazine that was attacked by Islamist militants in 2015.

France’s Prime Minister Jean Castex, who rushed to the scene, said the main attacker had been arrested. A second person was also in custody.

“I was in my office. I heard screams in the road. I looked out of the window and saw a woman who was lying on the floor and had taken a whack in the face from what was possibly a machete,” a witness told Europe 1 radio.

Another neighbfourur, who heard the attack, told Reuters there was a long, deathly shout from “a person who was screaming and screaming. 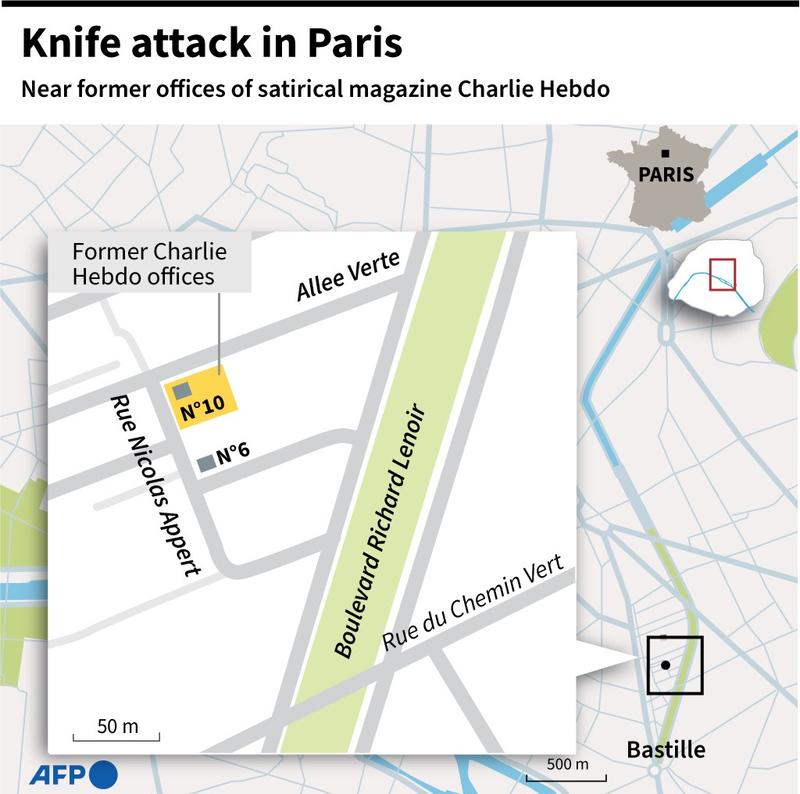 France’s Prime Minister Jean Castex, who rushed to the scene, said the main attacker had been arrested. A second person was also in custody

Castex said the two wounded were attacked at random when taking a cigarette break. The life of neither was in danger, he said.

“This attack happened in a symbolic place at the time when the trial of the terrible attacks on Charlie Hebdo took place,” he said.

Europe 1 radio quoted police officials as saying the main suspect was 18, was known to security services and was born in Pakistan.

The national anti-terrorism prosecutor’s office said it was investigating the case.

Fourteen people went on trial in Paris on Sept. 2, accused of being accomplices in the attack on the Charlie Hebdo offices in January 2015 that killed 12 people.

The court heard that they had sought to avenge the Prophet Mohammad, nearly a decade after the weekly published cartoons mocking him.

Police moved Charlie Hebdo’s head of Human Resources from her home this week after threats against her life.

Images on social media showed a person being stretchered away.

Paul Moreira, a journalist from Premiere Ligne media production company told BFM TV, that two of his colleagues had been wounded.

“It’s somebody who was in the road with a meat cleaver who attacked them in front of our offices. It was chilling,” he said.

The Paris metro closed lines in the area and school children were initially kept inside in an area around the attack, a city hall official said.

France has experienced a wave of attacks by Islamist militants in recent years.

Bombings and shootings in November 2015 at the Bataclan theatre and other sites around Paris killed 130 people, and in July 2016 an Islamist militant drove a truck through a crowd celebrating Bastille Day in Nice, killing 86.