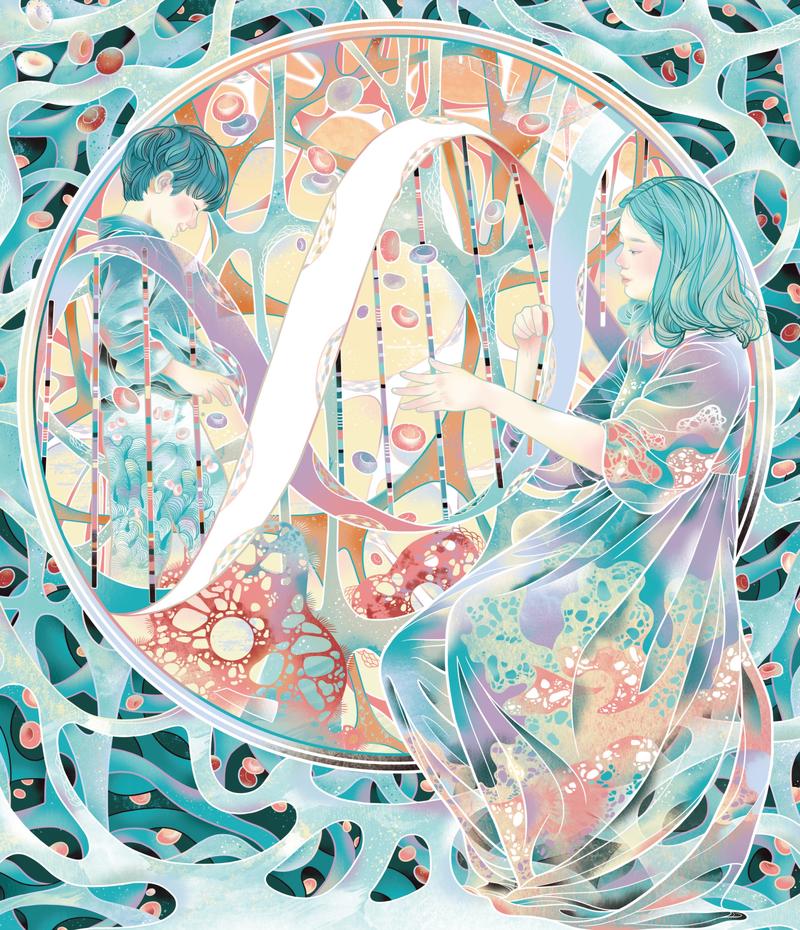 China is becoming increasingly innovative and is on course to meet its target of becoming a global technology leader within 15 years, according to some of the world's leading scientific experts.

Their remarks come as President Xi Jinping continues to stress the importance of innovation in upgrading the country's economy, most recently on a visit to an advanced manufacturer in Changsha, capital of Hunan province, on Sept 17.

With China also committing US$1.4 trillion to new technology over the next six years as part of its post-COVID-19 recovery plan, the world's second-largest economy is moving from being a rapid basic-process innovator to one making blue-sky breakthroughs in a number of fields.

"There can be no doubt that China is now a leading innovator. While firms operating in the digital space, such as Tencent and Alibaba, are the most high-profile, there are innovative firms throughout the Chinese economy," he said.

"Innovation in China occurs in sectors where there are strong competitive pressures."

Peter Williamson, a professor of international management at Cambridge University's Judge Business School, said he thinks there has been a significant change in Chinese innovation.

"The capabilities in rapid innovation and improving industrial processes China has built over the past 20 years have provided an important springboard to become a genuine innovator, competing now in blue-sky research and development," he said.

"It (China) is now at the leading edge of a range of technologies, including artificial intelligence, biotechnology, quantum computing, renewable energy and satellites."

"What the West took hundreds of years to accomplish, China is speeding up at a pace beyond the comprehension of most nations," he said.

"It is now prepared to take more risks than the United States and the European Union, which have traditionally led innovation in the past, and is on the path to becoming a global leader."

Xi set what was seen as a bold target for the nation to become a global technology leader by 2035 in his report to the Communist Party of China 19th National Congress in October 2017.

With major national resources being committed to meet this target, many observers believe it is firmly within China's grasp.

Max von Zedtwitz, a professor at the Copenhagen Business School in Denmark and director of the GLORAD Center for Global R&D and Innovation, which has an office in Shanghai, believes the target will be achieved.

Von Zedtwitz, co-author with George Haour of Created in China: How China is Becoming a Global Innovator, said it would be difficult for any country to be a leader across all technologies. "No country has that position right now," he said.

Williamson is also confident China will be a global technology leader, but said this is something that is not always easy to define.

"China, by 2035, will be one of a handful of global leaders in a number of key technologies that will shape the future," he said.

The concept of leadership is difficult to define, because important innovations are happening around the world at any one time, he added.

"Innovation is the result of a complex combination of influences coming together, including scientific knowledge, user needs, history, and the local environment and culture," Williamson said.

Duncan Clark, a leading expert on China's technology sector and author of Alibaba: The House that Jack Ma Built, said the private sector will continue to drive China's tech efforts.

"China's challenge is not to have the State direct everything for its 2035 push, but to create the conditions for entrepreneurs－the private sector－to thrive and get there themselves," he said.

"There are exceptions, such as areas of technology that link to military applications, or areas deemed essential to the national interest. Yet, defining these "commanding-height" areas too broadly can crowd out private-sector entrepreneurs and diminish innovation."

China has renewed its focus on technology in recent weeks, with Shenzhen, the megacity in Guangdong province, marking its 40th anniversary as a Special Economic Zone.

It was one of the four original SEZs that played a major role in transforming the economy after reform and opening-up began in the late-1970s.

Home to tech giants such as Tencent and telecommunications companies Huawei and ZTE, Shenzhen is now often viewed as a rival to Silicon Valley as the world's major innovation center.

Thun, from Oxford University, who is also a US citizen with first-hand knowledge of Silicon Valley, believes Shenzhen is already holding its own against its Californian counterpart in being a vital technology cluster.

"I see the two as being more complementary, rather than competing, given that Shenzhen's strength is more on the hardware side and not in software," he said.

Williamson, from the Judge Business School, believes Shenzhen can even outstrip Silicon Valley, as it has a different approach to innovation

He said Chinese digital companies are much more open to innovation driven by the users of their products than their Western counterparts.

"They also focus on creating new services that help users embrace a comprehensive digital lifestyle, rather than simply digitizing specific offline activities. Their business models concentrate on selling an expanded portfolio of profitable services that become part of users' everyday lives, rather than relying on derivative revenues, such as online advertising," he said.

"We shouldn't think about Shenzhen as becoming a rival to Silicon Valley. We should look instead at its potential to create a new model for entrepreneurship and innovation－maybe even a better one."

China's advances in innovation and technology have been a concern for the US government, which announced in August it would cut off supplies of foreign-made semiconductors to Huawei and 38 of its affiliates.

Washington has also made a number of aggressive moves against Chinese technology companies operating in the US, including the WeChat social messaging app owned by Tencent, and TikTok, the video-sharing app owned by ByteDance.

During the weekend, a federal judge temporarily blocked US President Donald Trump's executive order to stop US citizens using WeChat, and TikTok has now agreed a deal with Oracle and Walmart that could allow it to continue operating in the US.

Thun, from Oxford University, does not believe such moves by the US will slow Chinese innovation.

"If you take the actions against Huawei, I suspect they will ultimately be self-defeating, because they will highlight exactly where Chinese weaknesses in this sector lie," he said, adding that in the long-term Huawei will be able to replace input that is being cut off by the US.

Clark, the China technology expert, said one of the major questions being asked in the global technology industry is whether the current trade tensions will spur China's innovation efforts.

However, Clark believes that if the two digital superpowers do go their own way and decouple, it will raise costs and be bad for consumers.

"If we see tech companies on both sides losing access to each other's markets, that means fewer consumers to target and higher costs overall, because to really popularize technology you need to spread the development costs numerator over as big as possible a denominator of consumers," he said.

China is sometimes criticised in the West for the State aid allocated to research and development. The country is home to major scientific and technology institutes as well as a huge nationwide network of science parks, through which funding is delivered.

Some observers believe those attacking China often ignore the level of funding the US government plowed into the NASA space program in the 1960s. Meanwhile, one of the major sticking points in talks between the United Kingdom and the EU to secure a free trade agreement is the UK's insistence that it wants to be free to deliver government aid to new technology businesses.

Von Zedtwitz, at the Copenhagen Business School, said the question is often whether State aid in China has "nationalistic intentions".

"To otherwise invest in national capacity for technology is perfectly fine－many countries have done that, or should be doing it," he said.

Williamson believes China consistently delivers State aid better than others because it takes a long-term view and looks to apply it in the real economy.

"State support for the development of new technologies is coming back into fashion in countries such as the UK. It has always been important in the US," he said.

"What sets China apart is that its commitment to the key technologies likely to be important in the future is long-term. China also has huge capability in developing the complementary technologies and manufacturing processes to bring new technologies to the market quickly on a large scale. They therefore bring a real difference to the economy and people's lives."

One of China's main innovation drivers is that it produces more STEM (science, technology, engineering and mathematics) graduates than any other country.

According to the World Economic Forum, the country produced 4.7 million such graduates in 2016, compared with 568,000 in the US, which for a long time delivered more than any other nation.

Chinese universities used to be criticised for mechanical rote learning and poor teaching. Now, they are fast advancing up the international league table of higher educational institutions.

Abishur Prakash, a geopolitical futurist at the Center for Innovating the Future, a strategic consultancy based in Toronto, Canada, believes remarkable developments are taking place at Chinese universities.

"These universities are no longer limited to the academic domain－they are also powering China's commercial sector," he said.

"Global firms are emerging from universities, such as Megvii, one of the world's largest facial recognition companies, which was built by Tsinghua (University) graduates."

Prakash said Chinese companies are keen to capture the talent emerging from the country's universities, particularly in areas such as blockchain, quantum computing and artificial intelligence, with big salaries being offered.

"There is a big global talent war taking place, with US companies also trying to attract Chinese students who may have trained at US universities, and who might otherwise take their knowledge and ideas back to China," he said.

Clark believes technology should be a collaborative effort globally and that the number of STEM graduates being produced by China should be regarded as a positive step for the world.

"STEM graduates from China, India and elsewhere thrive in Silicon Valley because they are thrown into a new country and environment that is distant from their traditional ways of thinking or living, and they are exposed to a wide diversity of talent and new ways of thinking," he said.

Clark regrets moves by the US administration to restrict Chinese students at US universities, believing they can only be counterproductive.

"By doing so, the US is imposing substantial costs on both itself and China, because benefits are felt through the exchange of talent, ideas and also in creating wealth," he said.

"Sadly, we are in a phase where concerns about national security have edged out an earlier era of unprecedented global exchange of talent and collaboration."

None of this is likely to daunt China on its march to becoming a global technology leader, which is vital for transforming its economy.

Derrick Kon, a senior executive with management consultancy Gao Feng Advisory, said there have been radical breakthroughs in digital technology, but he expects other advances to emerge in areas including new energy, autonomous vehicles and railway technology.

"I expect China to be strong in many areas in the future. Chinese companies are very good at addressing the needs of customers as well as being entrepreneurial, forward-looking and pragmatic," he said.

Prakash said anyone thinking that China's ambitions begin and end with 5G and smartphones is in for a rude awakening.

"All of these initiatives combined are powering China's rise as a global technology leader. It will become a leader in many tech areas, not just a few," he said.