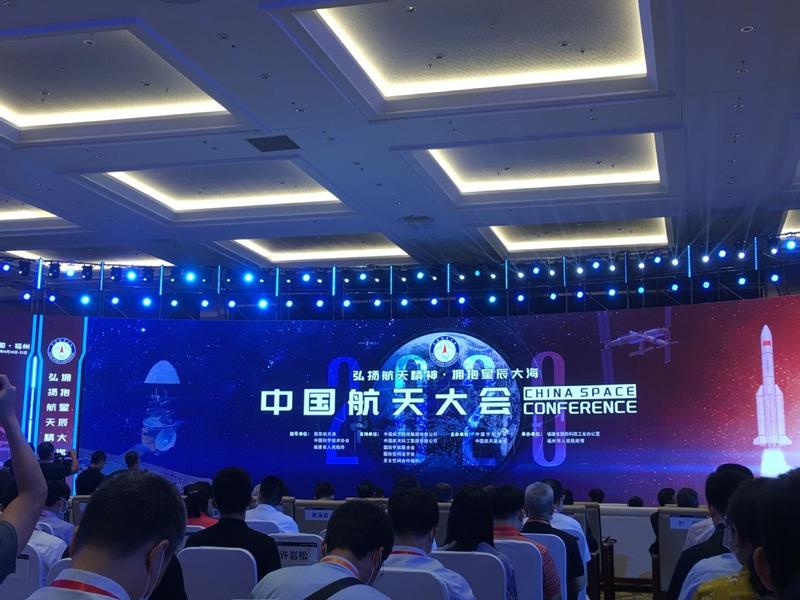 FUZHOU - China plans to launch the Chang'e-5 lunar probe by the end of this year, a senior designer said at the ongoing 2020 China Space Conference in Fuzhou, capital of east China's Fujian province, that will continue until Sept 21.

Yu Dengyun, deputy chief designer of China's lunar exploration program, said preparations are progressing smoothly, and the Chang'e-5 probe will make a soft landing on the moon and bring samples back to Earth.

The Chang'e-5 probe is expected to realize lunar sample collection, takeoff from the moon, rendezvous and docking on lunar orbit and high-speed reentry into the Earth's atmosphere, marking breakthroughs in China's aerospace history, said Yu.

According to Yu, China is conducting a further verification study for the research and development of space station and the manned lunar mission, and it plans to set up an unmanned lunar research station for manned landings on the moon.

Meanwhile, a project leader said China is determined to land its astronauts on the moon and set up a scientific station there.

"A new wave of lunar explorations has been emerging in the world, with participants aiming to make sustainable missions to deepen knowledge of the moon and exploit resources there," he said in a report delivered at the 2020 China Space Conference in Fuzhou, Fujian province. "Unlike other nations, China must depend on its own science and technology to realize our goals."

The country is independently able to land its astronauts on the moon because it has the technologies, a group of well-trained, innovative professionals and high-efficiency research and management systems, Zhou said.

Planners, designers and engineers have done feasibility research and discussed all aspects of the manned lunar program.

A new wave of lunar explorations has been emerging in the world, with participants aiming to make sustainable missions to deepen knowledge of the moon and exploit resources there. Unlike other nations, China must depend on its own science and technology to realize our goals

Chinese researchers will have to overcome a long list of technical and engineering difficulties, Zhou said.

"Our existing carrier rockets can't perform landing missions to the moon because they are not powerful enough. The Shenzhou-series manned spaceships are not suitable for lunar expeditions. We don't have a lunar landing capsule," he said.

"Our ground support system was designed for operations in low-Earth orbit rather than on the lunar surface. Moreover, Chinese astronauts have no experience working on an extraterrestrial body."

The first step is to produce a powerful launch vehicle.

Zhou said researchers initiated two approaches－making a new heavy-lift rocket capable of deploying more than 35 metric tons of payload in a lunar transfer orbit, or modifying the next-generation rocket designed to carry astronauts, which is under development.

Researchers prefer the latter approach because it would be easier to design and make and would become operational earlier.

It would be used to transport astronauts and components to a lunar transfer orbit to assemble a landing capsule, which will then take astronauts to the moon, according to Zhou.

The new rocket is being designed at the China Academy of Launch Vehicle Technology. Its main body will be 87 meters tall, with a diameter of 5 meters, which would make it almost twice as tall as the Long March 5, currently the biggest of China's rockets.

The gigantic craft will boast a liftoff weight of about 2,200 metric tons, nearly triple that of the Long March 5.

That will enable the rocket to place a 25-ton spacecraft in a trajectory to get it to the moon, designers have said.