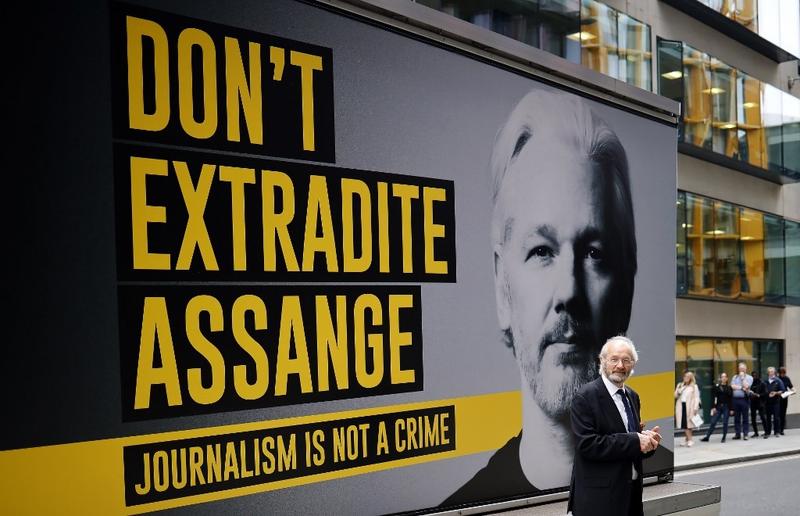 John Shipton, the father of Wikileaks founder Julian Assange, poses for a photograph as he arrives at the Old Bailey court in central London on Sept 8, 2020, on the second day of the resumption of Assange's extradition hearing. (PHOTO / AFP)

LONDON - The man who leaked the Pentagon Papers about the Vietnam War defended Julian Assange at his London extradition hearing on Wednesday, saying WikiLeaks had acted in the public interest and warning Assange would not get a fair trial in the United States.

Australian-born Assange, 49, is fighting to stop being sent to the United States, where he is charged with conspiring to hack government computers and violating an espionage law over the release of confidential cables by WikiLeaks in 2010-2011.

Daniel Ellsberg, who in 1971 leaked documents known as the Pentagon Papers to the New York Times and other papers, told the court that WikiLeaks’ disclosures had shown Americans how they had been misled about US action in Iraq and Afghanistan just as his leaks, which also revealed previously secret information, did about the Vietnam War.

Ellsberg cited a US military video, which WikiLeaks published in 2010 under the title “Collateral Murder”, showing a 2007 attack by Apache helicopters in Baghdad that killed a dozen people, including two Reuters news staff.

“I was acutely aware that what was depicted in that video deserved the term murder, a war crime,” he told London’s Old Bailey court via videolink. “I was very glad that the American public was confronted with this reality of our war.”

James Lewis, the lawyer representing the US authorities, said Assange was not wanted for publishing the 2007 video but for disclosing a small number of documents with the unredacted names of sources or informants.

Lewis said many of these had suffered harm or threats because they had been named. He said some had disappeared, although he conceded that there was no evidence this was directly linked to the WikiLeaks’ publication. 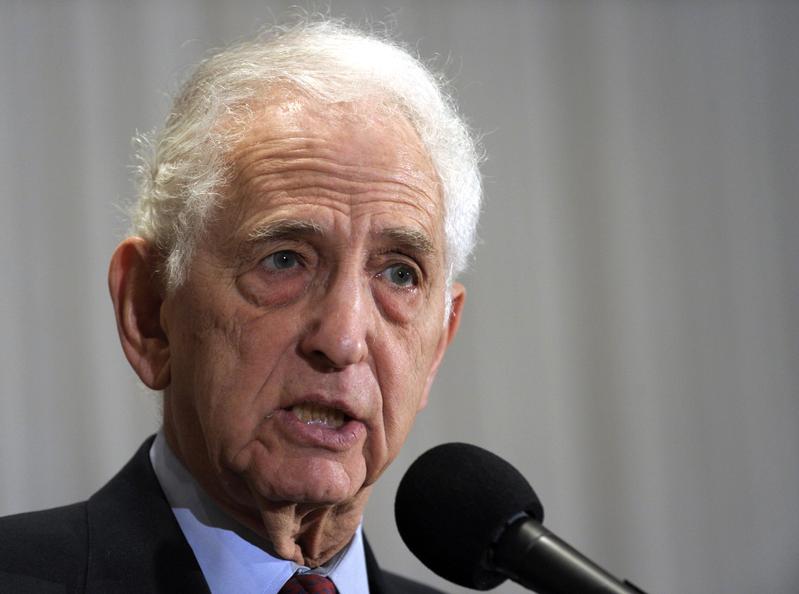 In this file photo, Vietnam-era whistleblower Daniel Ellsberg speaks during a news conference at the National Press Club in Washington. (PHOTO / AP)

Daniel Ellsberg, who in 1971 leaked documents known as the Pentagon Papers to the New York Times and other papers, told the court that WikiLeaks’ disclosures had shown Americans how they had been misled about US action in Iraq and Afghanistan just as his leaks, which also revealed previously secret information, did about the Vietnam War

“How can you possibly say ... that there is no evidence that Mr Assange’s publication of WikiLeaks put anyone in danger. That’s just pure nonsense,” Lewis said.

Ellsberg, who was himself charged with breaking the espionage law in a case that was later dismissed, said there was no evidence of physical harm or deaths because of the leaks. The exchange with Lewis led to an outburst from Assange in the courtroom, with the judge warning him to remain silent.

Earlier, John Goetz, an investigative reporter who worked for Germany’s Der Spiegel magazine on the first publication of the documents in 2010, said Assange was careful to ensure that the names of informants in hundreds of thousands of leaked secret US government documents were never published.

He said the US State Department had been involved in a conference call suggesting redactions, and WikiLeaks had agreed to hold back about 15,000 documents for publication.

“There was sensitivity and it was one of the things that was talked about all the time,” Goetz told the court. Assange was concerned that the media should take measures “so no one would be harmed”, he said.

The State Department did not immediately respond when asked to comment on Goetz’s testimony.

Goetz said WikiLeaks was frustrated when a password that allowed access to the full, unredacted material was published in a book by Guardian reporters in February 2011.

Assange’s lawyers argue that he would not receive a fair trial in the United States and that the charges are politically motivated. They have also said he would be a suicide risk if sent to the United States, where they say he could be sentenced to 175 years in prison.

In 2012, Assange took refuge in Ecuador’s London embassy to avoid extradition to Sweden where he was accused of sex crimes, which he denied and which were later dropped. After seven years, he was dragged from the embassy by British police in 2019 and then jailed for skipping bail related to the Swedish case.

He has remained in prison ever since, after the United States made its extradition request.