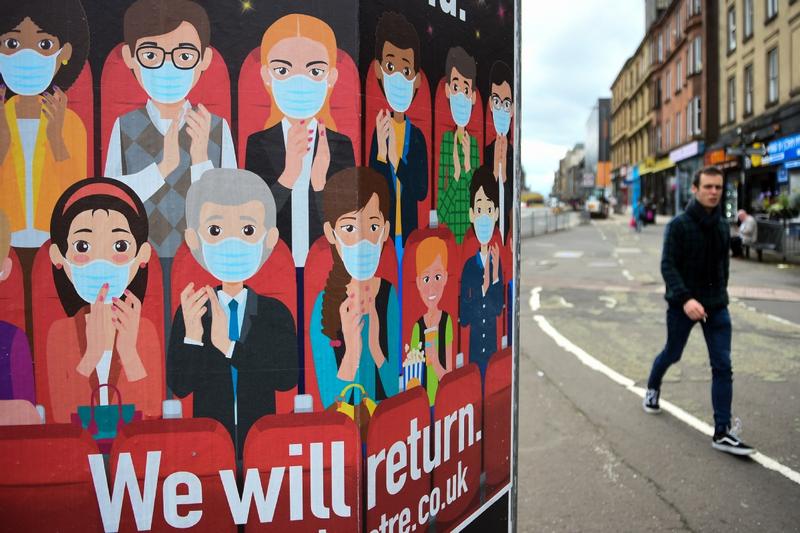 Europe will face a rising death toll from the coronavirus during the fall, the World Health Organization has warned, as the number of daily infections around the world reached a record high.

Globally, more than 29.27 million people have been reported to be infected by the novel coronavirus and 926,716 have died as of early Tuesday, according to a Reuters tally.

"It's going to get tougher. In October, November, we are going to see more mortality," WHO Europe Director Hans Kluge said in an interview on Monday.

But he stressed that the pandemic was "going to finish, at one moment or another", as the 55 members of the WHO in Europe started a two-day online meeting focusing on their response to the virus.

With daily cases still alarmingly high, and winter just around the corner, we are at a critical crossroads in the fight against this deadly virus.

The latest surge has sparked alarm across Europe. A Czech expert warned that his country's health system faces being overwhelmed if the virus continues to spread at its current rate.

It has also reheated the debate over how best to respond to the rise in infections, with the United Kingdom limiting social gatherings to no more than six people from Monday.

A new "rule of six" limit on social gatherings has been introduced across parts of the UK amid increasing concerns about the government's handling of the novel coronavirus, as infection rates continue to rise.

The specific details of the new restriction, banning gatherings of more than six people, differ in England, Scotland and Wales. Having been announced last week to come into force this week, the details were only published online 15 minutes before the midnight deadline of when it was due to come into effect.

Furthermore, it applies in private homes, and places such as pubs, restaurants, cafes and public outdoor spaces. But the rule does not apply in schools or workplaces, or at organized team sports or events such as weddings and funerals.

In Scotland, the rule can include a maximum of two households but in Wales it only covers one extended household.

When asked on the BBC Radio 4 Today program if people should inform the police if they observed the rules being flouted, Policing Minister Kit Malthouse said: "It is open to neighbors to do exactly that through the nonemergency number.

"And if they are concerned and they do see that kind of thing, then absolutely they should think about it."

Sunday was the fifth-straight day that the number of new cases across the UK topped 3,000, with 3,300 new cases recorded, and five fatalities. As of early Tuesday, the country has reported 371,125 infections.

Chaand Nagpaul, council chairman of the British Medical Association, told Sky News decisive action was vital now, or there would be more trouble ahead.

"With daily cases still alarmingly high, and winter just around the corner, we are at a critical crossroads in the fight against this deadly virus," he said.

"All efforts must be made to avoid a repeat of the horror and tragedy we all experienced earlier this year."

Meanwhile, documents seen by the Sunday Times newspaper show that the British COVID-19 testing system has been so overwhelmed by demand that samples are having to be sent to Italy and Germany to be tested.

The government claims that its "world-beating" system would be able to handle 375,000 tests each day, but according to the documents, at the start of the month 437,000 people were being tested per week, which works out as 62,000 a day.

The potential spreading of infection in care homes is a particular concern, so the government has made test availability in the sector a particularly high priority.

Adar Poonawalla, the chief executive of Serum Institute of India has said there will not be enough COVID-19 vaccines for everyone in the world to be inoculated until the end of 2024 at the earliest.

Agencies and Julian Shea in London contributed to this story.