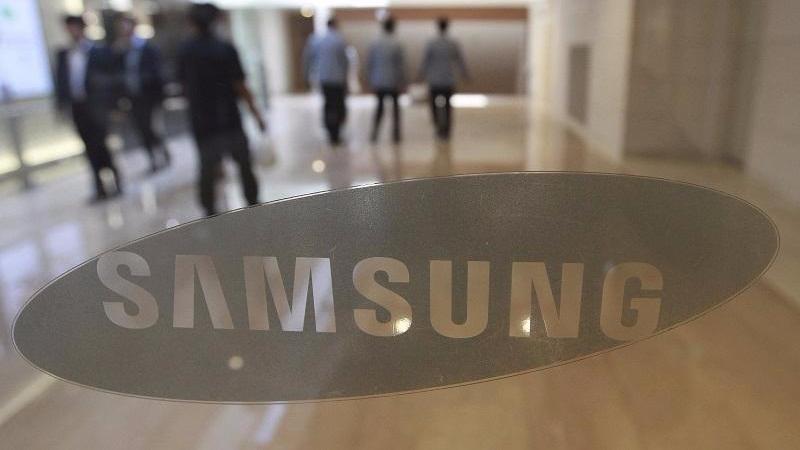 In this Oct. 12, 2016, file photo, the corporate logo of Samsung Electronics Co. is seen at its shop in Seoul, South Korea. (AP Photo / Ahn Young-joon, File)

DAEJEON, South Korea - When the South Korea government unveiled an expanded semiconductor material testing facility last month, the centrepiece was a towering white machine given by Samsung Electronics at a fraction of its market price.

With no sign of a thaw in South Korea-Japan tensions, rooted in wartime history here, Seoul is pushing to diversify supply sources of 100 items it still mainly gets from Japan and has pledged to invest 5 trillion won by 2022 to that end

While industry sources warn Korea has a long way to go to achieve this, the need for self-reliance in chip technology has become more critical with the outbreak of the coronavirus pandemic and US-China tensions threatening to accelerate supply chain shifts.

Large chip-making companies like Samsung would previously source the best components at the cheapest price “no matter where the material was from”, said Lee Jo-won, president of the National Nanofab Center, home to the testing facility.

“But due to Japan’s export curbs and COVID-19, they have begun to ... foster local suppliers and to create a system where they can be supplied without disruptions,” Lee told Reuters at the centre in Daejeon city, 150 km south of Seoul.

The machine, which the world’s top memory-chip maker had been using in its production line, costs up to 100 billion won (US$84 million) when new, experts said.

A National Nanofab Center official said about 20 billion won had been budgeted to buy and refurbish the machine, without giving details on the final price.

“This would never have been imaginable in the past, to provide such an expensive device to a public lab,” said Lee Jong-ho, a professor at Seoul National University.

“It took a decision from pretty high up.”

The equipment that Samsung sold to the lab, the ArF immersion lithography machine made by ASML will help local suppliers test chip material.

Samsung has decided to invest in firms that need cooperation to develop next-generation chip technologies, a company spokesman told Reuters in an email.

It recently invested a total of about US$113 billion won in two local makers of chip components and testing equipment, S&S Tech Corp and YIK Corp, its first such investments in three years.

S&S makes mask blanks, a chipmaking component that is currently more than 90% sourced from Japanese firms like Hoya but not included in export curbs.

“Samsung seems to be securing various options so they’re not too dependent on any one source”, said an official at a Samsung-backed chip material supplier.

With no sign of a thaw in South Korea-Japan tensions, rooted in wartime history here, Seoul is pushing to diversify supply sources of 100 items it still mainly gets from Japan and has pledged to invest 5 trillion won by 2022 to that end.

South Korea has already diversified sourcing for the three materials targeted by Japan in the curbs last year here and now gets supplies locally and from Belgium and China.

But there is scepticism about whether it makes economic sense for Korea’s small domestic chip material market to pour money into developing sophisticated technology in which Japan has a competitive edge, industry experts said.

Also, Seoul wants big corporations to use local suppliers, “but this is not an easy option unless quality is guaranteed”, said Kwon Hyeok-min, leader of an industrial policy team at Korean business lobby group, Federation of Korean Industries.

The chip sector accounts for 20% of exports for South Korea, Asia’s fourth-largest economy.

Photoresists, which Japan targeted in its curbs that it later partially reversed here, are thin layers of material used to transfer circuit patterns onto semiconductor wafers.

Out of South Korea’s 100 import items heavily dependent on Japan, 14 are semiconductor-making equipment that are not subject to any restrictions, according to the Seoul-based Institute for International Trade.

“What is more vulnerable than materials are the equipment and parts that manufacture semiconductors.”