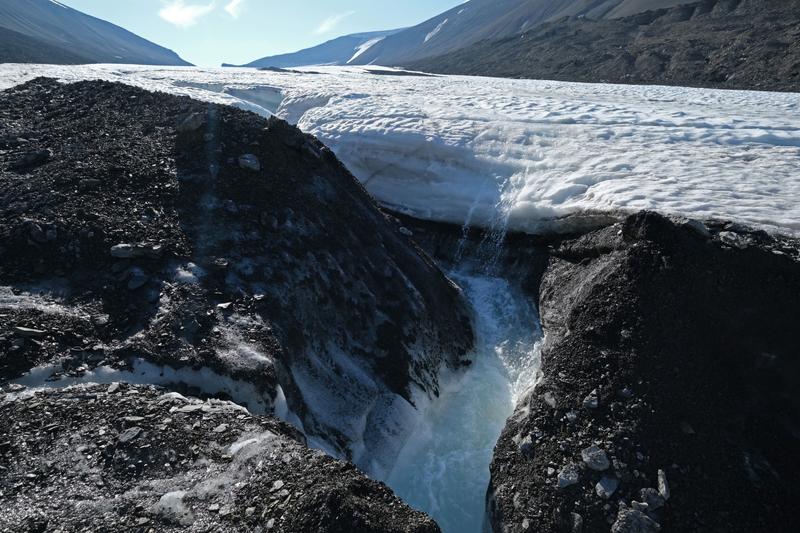 Water flows down from a winding channel on the surface of the melting Longyearbreen glacier during a summer heat wave near Longyearbyen, Norway on July 31, 2020. (PHOTO / BLOOMBERG)

Carbon emissions are on the rise again after a short blip when the pandemic brought entire industries and international travel to a halt.

Emissions from burning fossil fuel dropped by an unprecedented 17 percent from the previous year during the peak of the lockdown in April, but by early June they had mainly returned to about 5 percent below 2019 levels, according to United in Science 2020, a report published on Wednesday coordinated by the World Meteorological Organization

Emissions from burning fossil fuel dropped by an unprecedented 17 percent from the previous year during the peak of the lockdown in April, but by early June they had mainly returned to about 5 percent below 2019 levels, according to United in Science 2020, a report published on Wednesday coordinated by the World Meteorological Organization.

ALSO READ: Report: More than 1b people face displacement by 2050

While overall emissions will fall more than ever this year , the drop won’t slow climate change and the five years through 2020 is set to be the warmest five-year period on record, according to the report.

The concentration of carbon emissions shows no signs of peaking because humans continue to pump out carbon dioxide, although at a slightly lower rate than last year. Emissions of methane, which has much more heating potential, have also risen in the past decade.

“Greenhouse gas concentrations—which are already at their highest levels in 3 million years—have continued to rise,” said WMO Secretary General Petteri Taalas. “Whilst many aspects of our lives have been disrupted in 2020, climate change has continued unabated.”

Carbon emissions will this year fall between 4 percent and 7 percent compared with 2019, according to the Global Carbon Project, one of the report’s contributors. That’s the first drop since 2016, but it will only slightly impact the concentration of greenhouse gases in the atmosphere.

That level of emissions is not compatible with the most ambitious target of the 2015 Paris climate agreement. To keep global warming below 1.5 degrees Celsius from pre-industrial times, global emissions need to be cut in half by 2030. By comparison, global emissions were 36.7 billion metric tons last year.

“Never before has it been so clear that we need long-term, inclusive, clean transitions to tackle the climate crisis,” said United Nations Secretary General Antonio Guterres. “We need science, solidarity and solutions.”

ALSO READ: The planet is burning, but not all hope is lost

Climate change is manifesting in extreme weather events such as the heatwave in Siberia during the first half of 2020, which would have been very unlikely without man-made climate change, the report said. 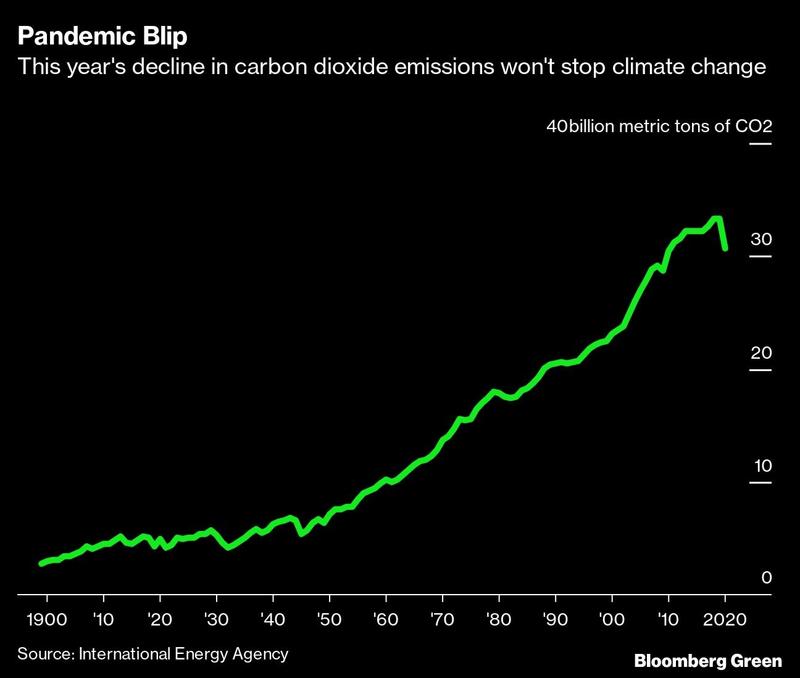 Record-breaking fires in California, shrinking ice sheets and declining glaciers are other indicators. Arctic sea-ice extent has decreased constantly between 1979 and 2018.

The pandemic also disrupted global observing systems, which in turn affected the quality of weather, climate and ocean forecasts, the report said.

Aircraft-based observations fell by an average of 75 percent to 80 percent in March and April and there’s only been a slight recovery since June. Manually-operated weather stations, especially in Africa and South America, have also been badly disrupted.

READ MORE: EU: One in eight deaths in Europe linked to pollution, environment