By BELINDA ROBINSON in New York 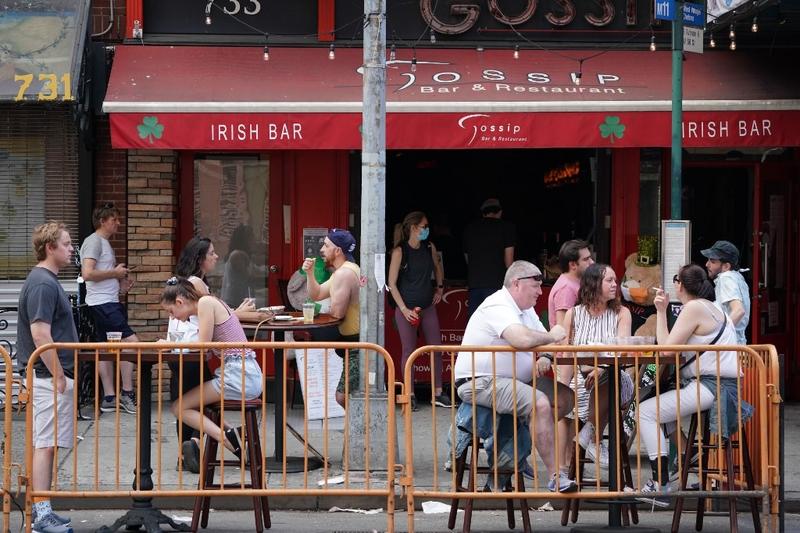 Restaurant owners in New York City are urging the federal and state governments to pass a relief package that will help their industry, or many more businesses will fold from the economic downturn caused by the coronavirus pandemic.

Melissa Fleischut, president and CEO of NYSRA, said in a statement: "Our members are grateful for the leadership (New York state) Governor Andrew Cuomo has shown in these trying times

The call for action comes from members of the New York State Restaurant Association, or NYSRA, who said that without a relief package tailored for restaurants, 89.7 percent of polled owners would be unlikely to be profitable in the next six months. At least 1,300 restaurants have closed permanently between March and July.

"It is very hard, hard times for me; I only survive here," Amritpal Singh, owner of the Angel Indian restaurant in Queens, told The New York Times. "It's not like before."

Melissa Fleischut, president and CEO of NYSRA, said in a statement: "Our members are grateful for the leadership (New York state) Governor Andrew Cuomo has shown in these trying times. But we're still struggling.

"We are now asking the governor, the state legislature and those at the federal level to help us get back on our feet so we can keep our doors open and hire back the hundreds of thousands of New Yorkers that we had to let go. Give us an opportunity to succeed and be a positive impact on our economy."

Among the pressing requests that the 625 business owners polled believe will keep their businesses afloat are rent relief and increased capacity for indoor dining. It was expected that New York City restaurants and bars would reopen at 50 percent capacity under phase three of reopening on July 6. But that didn't happen.

Instead, many restaurants continued to offer takeout throughout the pandemic and started outdoor-service only in July.

Cuomo and New York City Mayor Bill de Blasio said that there was no immediate plan to allow restaurants to operate indoors over fears the coronavirus could spread. The mayor added that restaurants can seat patrons only at tables on sidewalks or other outdoor spaces.

"Indoor dining, there's not a plan right now," he said in radio interview on Friday. "There's not a context for indoor dining. We're never saying it's impossible. But we do not, based on what we've seen around the world, we do not have a plan for reopening indoor dining in the near term."

Outdoor dining has raised safety concerns after a car slammed into one dining area on the Upper East Side on Monday, injuring diners and a motorist.

The bar and restaurant industry in New York City employed 300,000 before the pandemic. But at least 160,000 of those employees are out of work, according to July federal employment data.

Gabriel Stulman, who owns Bar Sardine in the West Village and eight other Manhattan restaurants, said the bar is doing only 30 percent of regular business and will be closed this week. "I don't want to be dramatic, but this is apocalyptic for the industry," he told The New York Times.

New York's coronavirus infection rate has dropped to one of the lowest in the nation, after it was once the epicenter of the virus in the US.