New Zealand's Ardern takes mask making into her own hands

This screenshot image taken from the official Facebook account of New Zealand Prime Minister Jacinda Ardern shows her preparing to make a facemask for herself.

New Zealand Prime Minister Jacinda Ardern said on Friday she was making her own face covering to help stop the spread of the coronavirus, raising the profile of a public health measure which will become mandatory across the country next week.

The Pacific nation of 5 million people had seemed to stop community transmission of COVID-19 due to tough lockdown measures but reintroduced restrictions in its largest city, Auckland, this month following a fresh outbreak.

With restrictions to scale back on Sunday, Ardern said in a Facebook post she was taking matters into her own hands before masks become compulsory on public transport across the country the following day.

At a meeting with local community health leader Dave Letele, “one of the things we talked about was face coverings, and how to make your own at home,” Ardern, who faces a general election in October, wrote in the post. 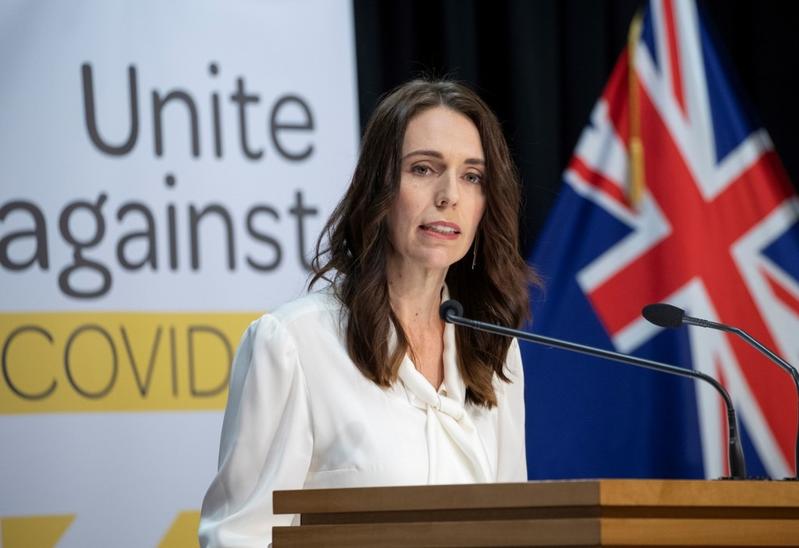 “I had a go at making one,” she added, alongside a photo of a patch of fabric, scissors and two elastic hair ties.

A follow-up video showed her crafting a simple red mask, the colour of her Labour Party.

“That’s my first time crafting,” she said. “I’m going to pull out my glitter gun later.”

About 150 people have been diagnosed as part of the cluster that originated in Auckland, which is home to 1.7 million people, but daily new case numbers have slowed to single digits this week.

On Friday, New Zealand reported five new cases in Auckland and seven more in quarantine after arriving from overseas.

The country has so far recorded just under 1,400 COVID-19 cases, including 22 deaths.