New lab a formula for success

By Zhao Xinying in Xi'an 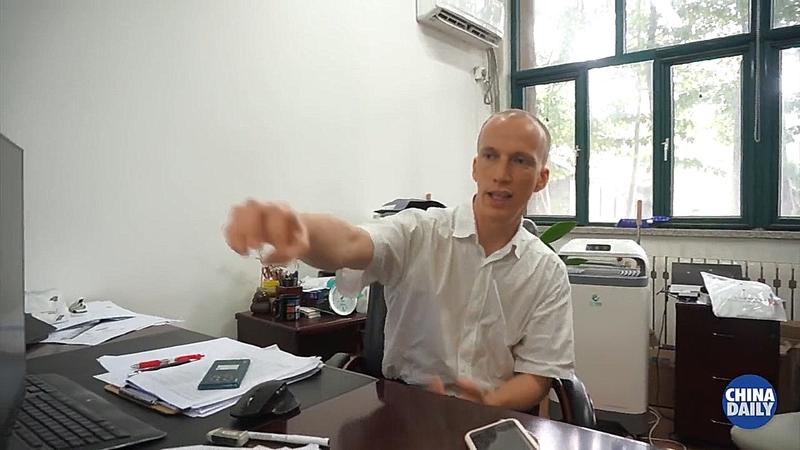 Editor's note: When the planet's most populous country thrives, the rest of world does too, and friends from other lands have been willing to help. This series explores the contributions of foreigners to China's success.

Marie-Jean Thoraval has recently been kept busy by the relocation of his laboratory to the new campus of Xi'an Jiaotong University in Shaanxi province.

His current lab, located on the Xingqing campus of the university in downtown Xi'an, the capital of the province, is 70 square meters. The new lab in the Western China Science & Technology Innovation Harbor in the Xixian New Area of Xi'an, is more than double that at 150 square meters.

The harbor is a national project established by the Ministry of Education and the Shaanxi government intended to facilitate the university's implementation of key national initiatives, including the Belt and Road Initiative.

With the goal of becoming a world-class center for scientific research, talent nurturing and the transfer of advances in science and technology, the harbor has attracted a large number of foreign professors and researchers.

Thoraval, a professor of fluid dynamics from France, is one of them.

"Apart from a bigger space and having newer equipment, we'll also have more chances to cooperate with other research teams, organizations and universities. I really look forward to our work there," he said in fluent Mandarin.

The 36-year-old started as a researcher at the university in September 2015, after studying and doing research work in Saudi Arabia and the Netherlands.

Thoraval was eager for an opportunity to work in China and heard that the university was recruiting young professors and researchers, and would support them in the establishment of a fluid dynamics laboratory at the School of Aerospace Engineering. He applied and became a professor the next year. 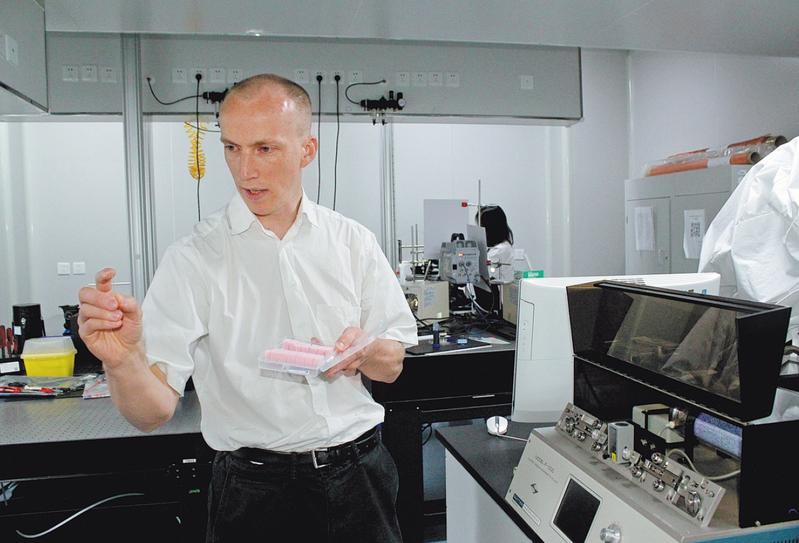 Marie-Jean Thoraval talks about his work in his lab at the new campus of Xi'an Jiaotong University in Shaanxi province. (JI YUAN / FOR CHINA DAILY)

However, he added it might take a long time for his research to be applied in everyday scenarios.

"Basic study is very important. It's like turning on the light in a dark room, it lays the foundation for further studies," he said.

What pleased him is that the university and the Xi'an city and Shaanxi governments all paid great attention to his research and offered strong support. After five years' painstaking effort, Thoraval and his colleagues have achieved their goal and formed a fluid dynamics laboratory at the university's School of Aerospace Engineering.

"We have started to make achievements in this research field. The first seven months of the year have seen six of our papers published in core international journals," Thoraval said with pride.

Over the past five years, he has also integrated into life in Xi'an and witnessed many changes in the city, which has a long history and rich culture.

"In the past, it was not very convenient to come to Xi'an, as people had to spend at least 30 hours on a train from Beijing to get here," he said. "Now the time has been reduced to about five hours as high-speed trains have been put into operation between the two cities."

He added that only five years ago, the innovation harbor was still only an idea.

The newly completed campus covers an area of 23 square kilometers, and students have been living and studying there for a year.

Thoraval said he has high expectations about his future work at the new lab. "I hope that we can attract more talented people to join us, so that we can conduct more research and boost the development of fluid dynamics research in China," Thoraval said.

Ji Yuan in Xi'an contributed to this story.