Mainland pledges all support for HKSAR as finance hub 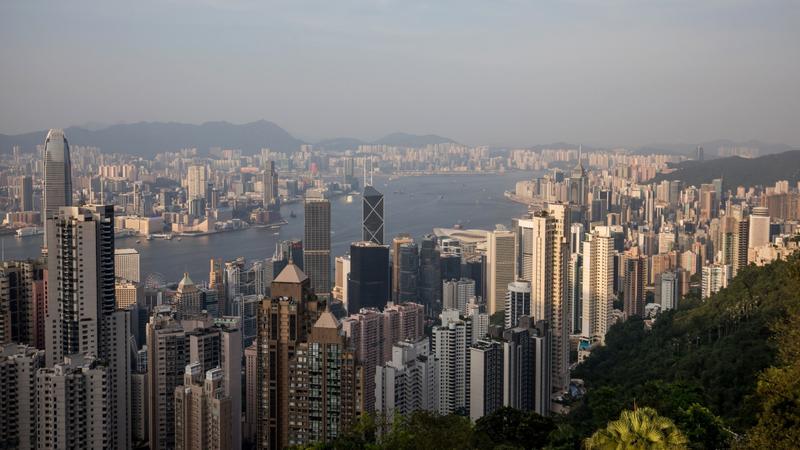 China’s banking regulator pledged its backing for the Hong Kong Special Administrative Region (HKSAR) as a finance hub and reiterated a commitment to opening up the Chinese financial sector amid a deepening standoff with the US.

China will provide support for its financial institutions who are doing business in the HKSAR while complying with regulations and offering services to residents and companies, the China Banking and Insurance Regulatory Commission (CBIRC) said in a statement on its website on Saturday.

At present, Hong Kong’s financial market is generally operating smoothly and the linked exchange rate system has a solid foundation ... Hong Kong’s status as an international financial center will not be weakened and shaken ...

Tensions between the US and China has sparked tit-for-tat sanctions on politicians and officials on both sides that have left global banking institutions walking a tightrope.

The US has also ended preferential trading treatment for the city.

“At present, Hong Kong’s financial market is generally operating smoothly and the linked exchange rate system has a solid foundation, which also reflects the confidence of the international market in Hong Kong,” the CBIRC said. “Hong Kong’s status as an international financial center will not be weakened and shaken, but it will become more prosperous and stable in the future.”

Bankers and their lawyers from Hong Kong to Washington have been poring over the fine-print to reconcile how they can dodge major consequences from US and Chinese laws. Running afoul of the legislations put companies at risk of fines or losing their license to do business.

The CBIRC also said more foreign financial institutions are expected to join or expand in the Chinese market, and are doing their due diligence before entering. Some have submitted preliminary applications to open a unit, it said.

“It is expected that more foreign institutions will participate in China’s financial market in the coming period and become a viable force for the high-quality development of China’s financial industry,” the CBIRC said.

Separately, the CBIRC said the non-performing ratio of loans to small businesses is getting close to the original level that regulators had planned to tolerate, though it is still at a controllable level. China had 13.7 trillion yuan (US$2 trillion) of small and micro loans as of the end of June, up 28.4 percent from a year earlier. Their bad-loan ratio stood at 2.99 percent, according to the statement.

The banking industry plans to dispose of 3.4 trillion yuan of non-performing assets this year, or 1.1 trillion yuan more than last year to strengthen their balance sheet.

“Considering that the coronavirus epidemic is a disaster of the century, and in order for the economy to completely return to normal, more financial contributions are still needed,” it said. “Ensuring enterprises and stabilizing employment means protecting banks and stabilizing finance. Therefore, the recent increase in the cost of financial risks is both normal and necessary.”

China has also introduced a mechanism that will monitor housing property financing, the People’s Bank of China said in a statement on Sunday after a forum attended by regulators and real estate developers last week. Homes should not be used as speculative investments, and it remains important that land and housing prices are stable, it said.

The forum also studied ways to improve the financial support policy for the leasing market, and called for the speeding up of the formation of a housing system that attaches equal importance to rentals and purchases.