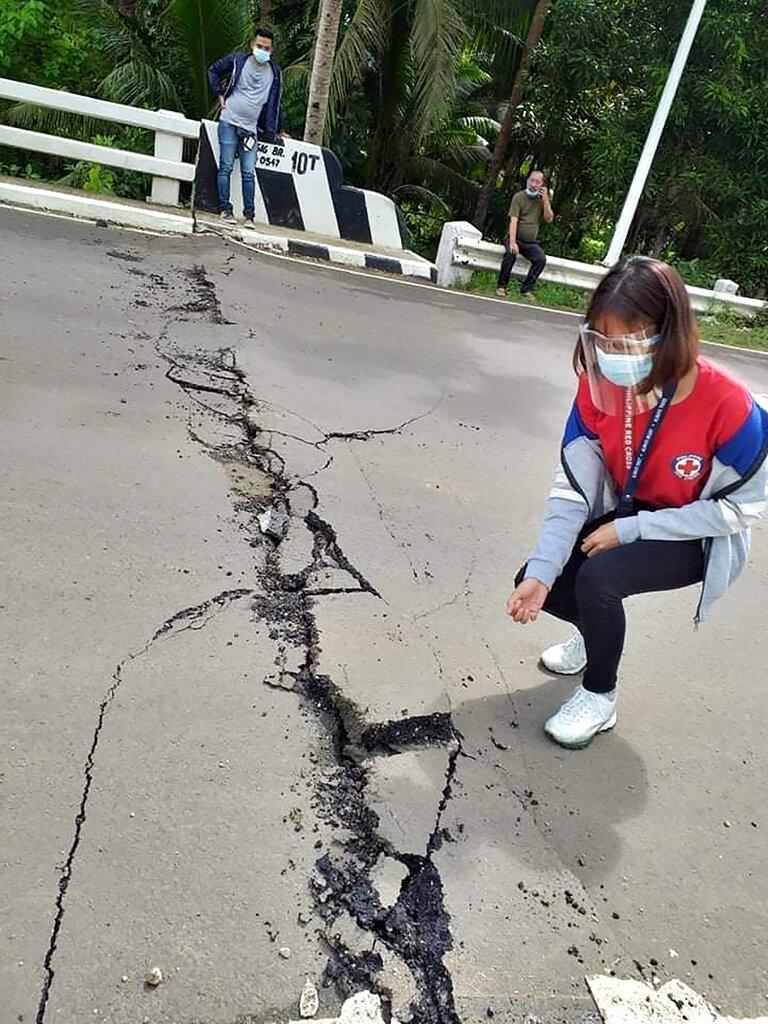 In this photo provided by the Philippine Red Cross, a volunteer looks at the cracks on a road after an earthquake struck Cataingan, Masbate province, central Philippines, on Aug 18, 2020. (JOHN MARK LALAGUNA / PHILIPPINE NATIONAL RED CROSS VIA AP)

MANILA - At least one person died in a 6.6-magnitude earthquake that struck Masbate province in the central Philippines on Tuesday morning, local authorities said.

In an updated bulletin, the Philippine Institute of Seismology and Volcanology (Phivolcs) said the earthquake, which struck at 8:03 am local time, hit at a depth of 21 km, about 7 km southeast of Cataingan town of Masbate province.

Phivolcs said there was no risk of a tsunami from the earthquake but warned of the risk of aftershocks.

Police Colonel Joriz Cantoria of the Masbate provincial police said the quake damaged several houses, roads and buildings, including the port of the seaside town and the public market.

The Philippines' seismology agency said there was no risk of a tsunami from the magnitude-6.6 quake but warned of the possibility of a stronger aftershock

Patients were moved out of a hospital into tents because of cracks in the building, Revalo said.

Engineers were checking a damaged sports complex to see if it was safe to accommodate people staying there in quarantine after moving back from the capital, Manila, he said.

People returning to their homes in the provinces from the capital have to spend time in quarantine.

The Philippines, which has a population of 107 million, has the most coronavirus cases in Southeast Asia with more than 164,000 confirmed infections and 2,681 deaths. 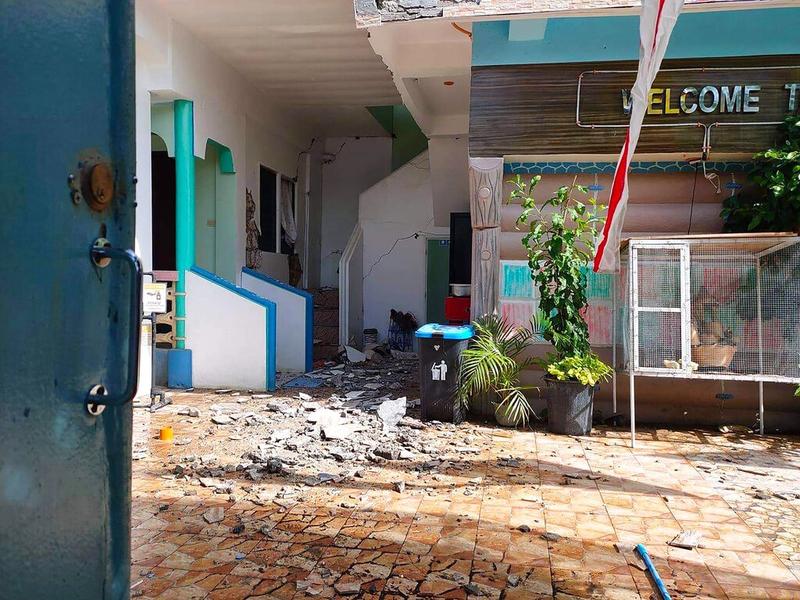 Phivolcs revised the magnitude of the Masbate earthquake to 6.6 from the earlier magnitude 6.5 on Tuesday morning.

Phivolcs said it has recorded more than a dozen aftershocks since the initial quake struck.

Rodrigo Gonhuran, 30, a computer shop technician based near the epicenter, told Reuters it was the strongest quake he had felt in the area.

"My cabinet and other stuff at home fell down and my neighbors' walls cracked and some collapsed," he said, speaking from the town of Cataingan, which has a population of more than 50,000 people.

The Philippines, which has a population of 107 million, lies on the “Ring of Fire,” a belt of volcanoes circling the Pacific Ocean that is also prone to earthquakes.